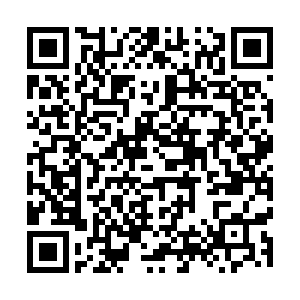 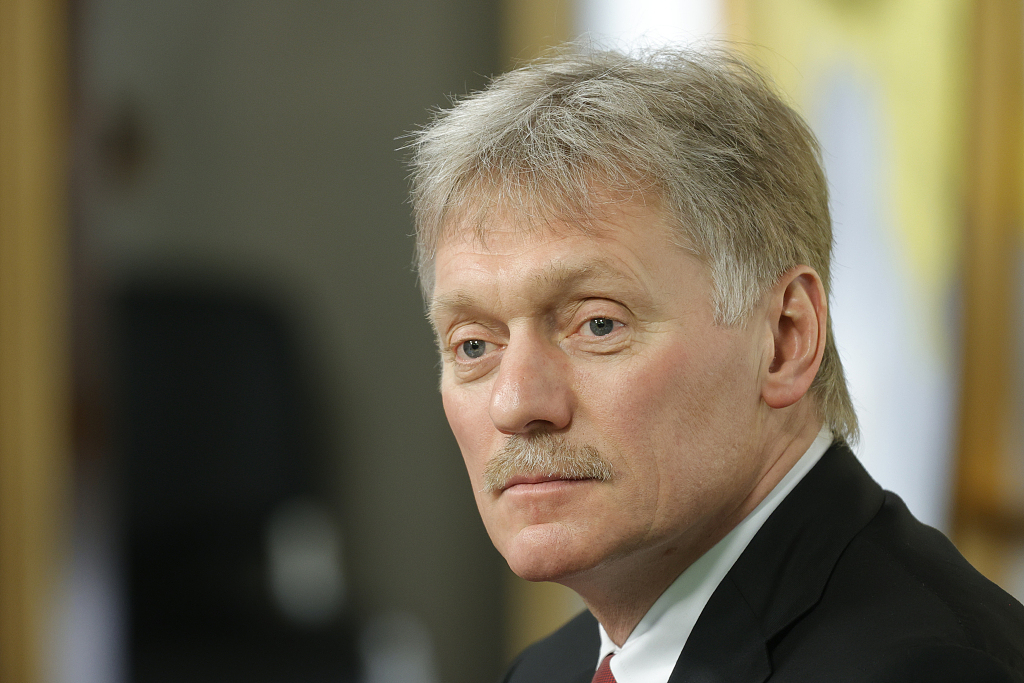 Moscow welcomed the fact that Kyiv, on the 35th day of the Russia-Ukraine conflict, has set out its demands for an end to the conflict in Ukraine in written form but said there was no sign of a breakthrough yet.

Kremlin spokesperson Dmitry Peskov told reporters on Wednesday that Russia had not noticed anything really promising or that looked like a breakthrough, and said there was a long period of work ahead, Reuters reported.

The spokesperson also said that Russia would not immediately demand that other countries pay for its gas exports in rubles and promised a gradual shift, adding that Russia should work on an idea to widen the list of its exports requiring ruble payment.

"As we discussed before, payments and delivery is a time-consuming process... This does not mean that a tomorrow's delivery should be paid (in rubles)," Reuters quoted Peskov as saying.

After some Western countries took "illegitimate decisions" to freeze Russian assets, undermining the reliability of their currencies over the past few weeks, Russian President Vladimir Putin issued an order last week that Russia will reject payments in U.S. dollars or euros and only accept rubles for its natural gas supplied to "unfriendly countries," including European Union (EU) members and the United States.

The European Commission on Wednesday said it would work closely with EU countries to prepare for gas supply situations after Germany triggered an emergency plan to manage gas supplies in case of a potential disruption to flows from Russia.

Polish Prime Minister Mateusz Morawiecki announced on the same day that the country would cease Russian coal imports by April or May, and stop using Russian oil and gas by the end of 2022. 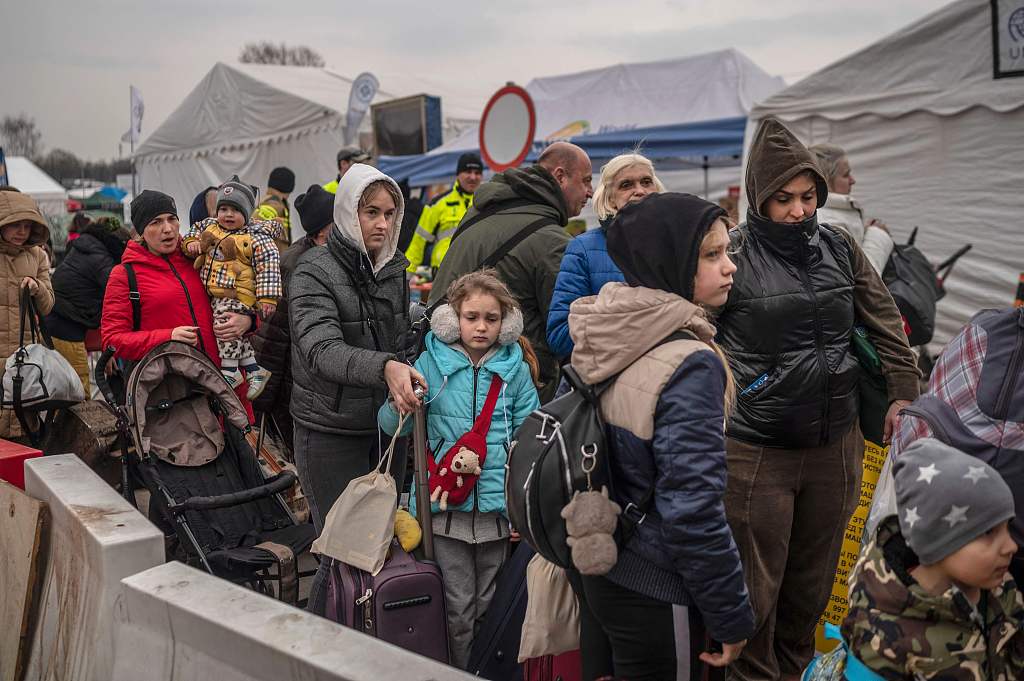 Ukrainian evacuees queue as they wait for further transport at the Medyka border crossing, after they crossed the Ukrainian-Polish border, southeastern Poland, March 29, 2022. /CFP

Ukrainian evacuees queue as they wait for further transport at the Medyka border crossing, after they crossed the Ukrainian-Polish border, southeastern Poland, March 29, 2022. /CFP

Two corridors were set up to allow Ukrainian civilians to flee the cities of Melitopol and Energodar in the southern Zaporizhzhia region, which were captured by Russian forces, Vereshchuk said.

Another humanitarian route was established in the eastern Donetsk region to evacuate people from the city of Mariupol, where active hostilities are underway, she added.

Dai Bing, China's deputy permanent representative to the United Nations (UN), warned at a UN Security Council meeting on the humanitarian situation in Ukraine on Tuesday that indiscriminate sanctions over the Ukraine conflict would bring about new humanitarian problems.

Russian and Ukrainian delegations held "constructive" negotiations in Turkey on Tuesday, raising the curtain on concrete efforts of both sides to broker a solution to the current conflict. 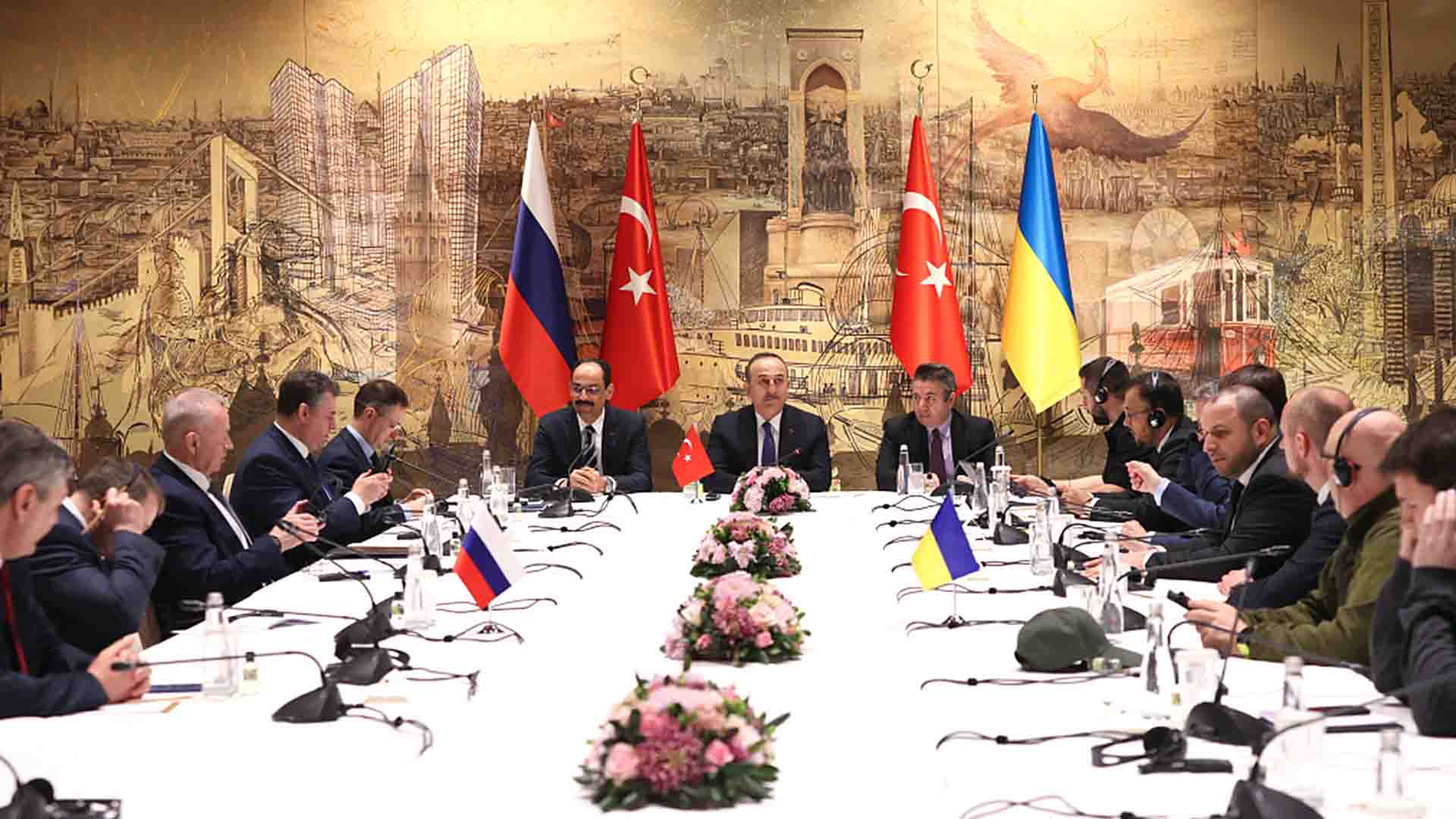 During the fifth round of talks, or the fourth face-to-face meeting, which lasted for about three hours in Istanbul, the two sides finally clinched some progress in exploring possible ways out of the tensions. Local media reported that consultations will continue via video link.

Some analysts believe that as talks between the two countries continue, the scale and intensity of the military conflict may well decrease gradually, while there is still "a long way to go" before a complete settlement.

Ukrainian President Volodymyr Zelenskyy on Tuesday said the signals from peace talks with Russia could be called positive, but expressed caution about Russia's promise to sharply curtail military action in some areas and said Ukraine would not be easing off its defensive efforts.

Zelenskyy is scheduled to address the Norwegian parliament on Wednesday and the parliament of Australia via video link on Thursday.