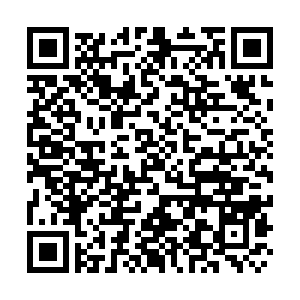 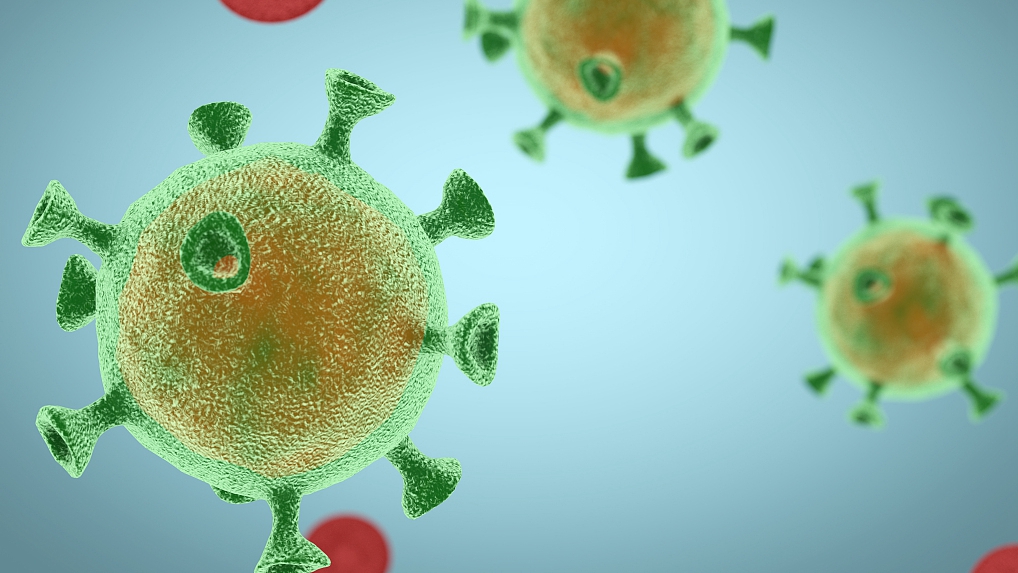 Ever since the Russians raised their concerns about the existence of secret U.S. biolabs in Ukraine, intense discussions have been circulating around the globe. The world is expecting a serious answer and detailed explanation from Washington, which responded with a simple accusation of these concerns as "disinformation."

While U.S. embassies around the world parrot such rhetoric, they were met with a slap in the face in Hanoi. Obviously, people who went through the Vietnam War won't forget Agent Orange and many replied angrily to the U.S. embassy's post: "Millions of Vietnamese people who have been and are still tasting the dioxin toxicity that the U.S. had spread in Vietnam," "I'm sorry that I misunderstood. The Agent Orange is not a chemical weapon but cosmetics!"

Given the history and consequences of U.S. bio-experiments, it is imperative to scrutinize what is really happening to U.S. biolabs in Ukraine and elsewhere.

Who calls the shots in the U.S. biolabs in Ukraine?

The U.S. claims that these labs are owned and run by the Ukrainian government, and it only participates in project cooperation. But according to the research from U.S. National Academies of Sciences, Engineering, and Medicine (NASEM), the U.S. Department of Defense (DoD) has so far invested over $200 million into a Biological Threat Reduction Program (BTRP) to collaborate with Ukraine on these labs. A U.S.-Ukraine agreement signed in 2005 also clearly stipulates that DoD representatives have the right to participate in related activities at facilities in Ukraine and the Ukrainian side shall store all dangerous pathogens at these labs, share relevant data with the U.S., transfer to the U.S. pathogen strains, and withhold from public disclosure of information designated by the U.S. as "sensitive."

What is hidden in the biolabs?

The U.S. claims that the facilities in Ukraine would help prevent biological security risks and improve public health. However, the Russian defense ministry recently disclosed information showing the scope of U.S. biological military activities in Ukraine. With Ukraine as the center, the U.S. has set up a secret biological research network spanning Europe and Asia. For instance, the UP-4 project studies the possibility of the spread of avian viruses through migrating birds. The R-781 project considers bats as carriers of pathogens that can be transmitted to humans. The UP-8 project studies the Congo-Crimean hemorrhagic fever and hantavirus. It is argued that the UP-8 project is conducted because the pathogens studied have natural foci both in Ukraine and Russia, and their use can be disguised as natural outbreaks of diseases.

Why does the U.S. stand against the world?

The White House claimed on March 10 that the U.S. is in full compliance with its obligations under the Chemical Weapons Convention (CWC) and the Biological Weapons Convention (BWC) and does not develop or possess such weapons anywhere. However, over the past two decades or so, the U.S. has been standing alone in opposing the establishment of a BWC verification mechanism, asserting the unverifiability of the biological field and that verification may pose threats to its national interests and business secrets. In the meantime, the U.S. is the sole possessor state party of chemical weapons and has twice missed the deadline for its destruction. 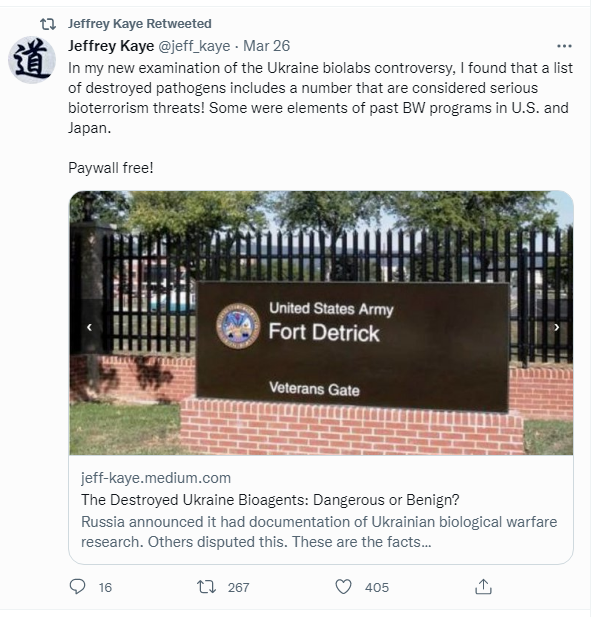 Where has the U.S. biological footprint reached?

U.S. biolabs in Ukraine are just a tip of the iceberg of its long record of chemical and biological experiments worldwide. American researcher Jeffrey Kaye, author of "Cover-up at Guantanamo", revealed recently the U.S. Army's gross deal with Unit 731, a notorious Japanese biological warfare unit that conducted bestial live bacteria experiments on innocent Chinese during the WWII.

By pardoning Unit 731's war criminals, including its head Shiro Ishii who was later assigned to lecturing at Fort Detrick, the U.S. in return obtained data and technologies pertaining to the use of biological and chemical weapons, many of which were also sent to Fort Detrick, center of the U.S. biological warfare research.

According to Jeffrey Kaye, the Central Intelligence Agency (CIA), which worked closely with Fort Detrick on developing such weapons, proved in declassified files that the U.S. applied bio-weapons inspired by Unit 731 during the Korean War, in which countless mice and insects carrying contagious bacteria, including plague and cholera, were dropped to the northern part of the peninsula.

Even now, it remains a mystery what the U.S. has done in its 336 biolabs around the globe. In 2010, Washington apologized for syphilis experiments in Guatemala; for several times, wild protests against a U.S. biolab broke out in Busan, South Korea; last year, the Non-Aligned Movement, speaking on behalf of 123 state parties, urged the U.S. to change its course and called for the resumption of negotiations for a verification protocol of BWC as early as possible. If the calls of the international community are merely treated by politicians in Washington as "disinformation," nobody will ever know what would be unleashed from the Pandora's Box of the U.S. biolabs.

The U.S. is the only country in the world that has used all three major kinds of weapons of mass destruction: nuclear, biological and chemical weapons. Now, it owes the world a fair and verifiable explanation on its biolabs in Ukraine and beyond.