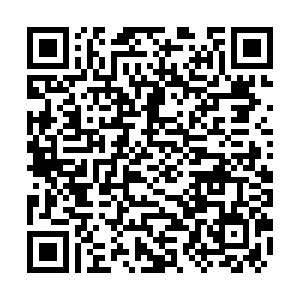 Wang, on behalf of the participants, summarized the eight-pronged consensus reached at the meeting:

First, we stress our respect for the independence, sovereignty and territorial integrity of Afghanistan and our support for the Afghan people to independently determine their country's future and explore a development path that is in line with not only their own national conditions but also the development trend of the times.

Second, we, on the whole, recognize the governance efforts of the Afghan interim government for more than half a year, and call on Afghanistan to achieve national reconciliation and domestic solidarity through dialogue and consultation, build a broad-based and inclusive government, exercise moderate and prudent governance, and adhere to good-neighborliness and friendship.

Third, we express our common concern about the activities of terrorist forces in Afghanistan and urge Afghanistan to make a clean break with and firmly dismantle various terrorist organizations such as the Islamic State and the East Turkestan Islamic Movement, and ultimately eliminate them. We should strengthen counter-terrorism and security cooperation among neighboring countries and work together to combat cross-border drug crimes in the region.

Fourth, we are concerned about the severe humanitarian difficulties facing Afghanistan and decide to continue to provide humanitarian assistance for the Afghan people, support Afghanistan's economic reconstruction and self-reliant development, and strengthen regional connectivity.

Fifth, we call on all parties to engage Afghanistan and conduct dialogue with it, support its economic and social development, oppose sanctions and pressure, and oppose the politicization of humanitarian assistance.

Sixth, we urge the Western countries led by the United States to earnestly fulfill their primary responsibility for the reconstruction and development of Afghanistan, return the property of the Afghan people as soon as possible, and oppose attempts to create chaos in Afghanistan and bring disaster to the region.

Seventh, we support the United Nations in playing its due role in promoting peace and stability and coordinating assistance in Afghanistan, and call on international financial institutions to actively inject liquidity into Afghanistan and help Afghanistan embark on a path of sound development.

Eighth, we will continue to play a unique role in the mechanism of coordination and cooperation among Afghanistan's neighboring countries. We should launch the mechanism of regular meetings of special envoys (special representatives) of Afghanistan's neighboring countries on the Afghan issue, establish three working groups on political diplomacy, economy and humanity, and security and stability, and promote the implementation of the outcomes of previous foreign ministers' meetings.