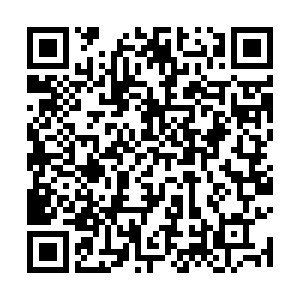 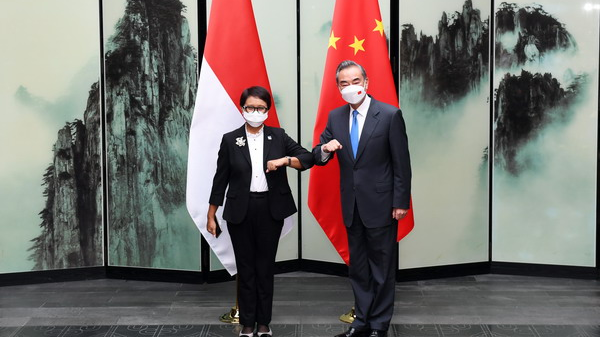 China and Indonesia agreed on Thursday to formulate an action plan as soon as possible to synergize the Belt and Road Initiative with the ASEAN Outlook on the Indo-Pacific.

Noting that China supports ASEAN centrality in regional cooperation, he said that the purposes and objectives of the ASEAN Outlook are quite different from the "Indo-Pacific Strategy" of the United States, which aims to provoke confrontation between camps and trigger regional tensions.

Retno agreed that from the very beginning, the ASEAN Outlook has focused on the economy and development, it has committed to mutual beneficial cooperation in the region and safeguards the common interests of countries in the region.

On China-Indonesia relations, Wang said that the two sides should make efforts in ensuring the completion of the Jakarta-Bandung High-speed Railway on schedule with high quality.

The two sides should support cooperation between companies of the two countries in vaccine, active pharmaceutical ingredients production, research and development, and help Indonesia build a regional vaccine production center, he said.

Indonesia welcomes China to increase investment and participate in the construction of its new capital, she said.

She also thanked China for helping Indonesia build a regional vaccine production center and said that her country is willing to step up bilateral cooperation with China in healthcare and connectivity.