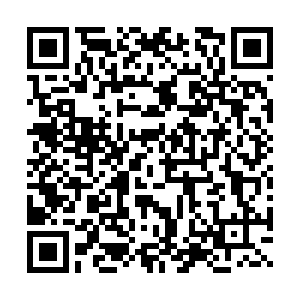 China's northern Xiong'an New Area in Hebei Province marked its fifth anniversary on Friday as the place has gone under huge changes since its establishment in 2017.

Mobile vending vehicles can be found at many spots at the citizen service center here, which is probably just the tip of the iceberg of conveniences in the area – aptly nicknamed the "city of the future," which made it a lot easier for people to buy things when there are no shops or sellers nearby.

On the topic of shopping, Xiong'an New Area has more than just vending cars. It's also dotted with unmanned supermarkets – a real game changer for trips to the grocery store.

After five years of work, the area is filled with smart features, as digital elements exist in almost all areas of daily life.

Right next to the citizen service center is the business service center of the area, which spans over 200,000 square meters and serves events like large-scale exhibitions.

The constructors said the building of this massive compound, with low carbon and a number of smart-technology elements, took more than 500 days to finish.

Local residents in the area have settled into their new homes. Most got an upgrade to apartments in high-rise complexes, which are designed to accommodate over 20,000 households.

The constructors said some apartment sizes (around 100 square meters) are three bedrooms, two living rooms, and all the wallpaper and floors are first-class brands.

People living and working here are mostly happy with the progress made in the area even as development plans continue to move forward.

Xiong'an is about 100 kilometers away from Beijing.

China announced plans to establish Xiong'an New Area on April 1, 2017, to relieve Beijing of functions non-essential to its role as the national capital and advance the coordinated development of the Beijing-Tianjin-Hebei region.

Five years have gone by, the urban framework has been fully set in Xiong'an, as transport networks have been developed, water systems established, and full-out efforts to restore and improve the ecological environment are underway.

Five years is merely a start for the area with people here and across China expecting the area to play a pivotal role in the country's future.