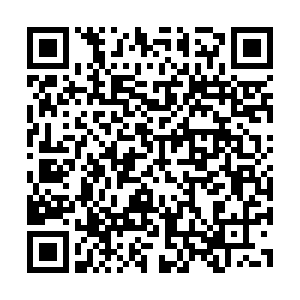 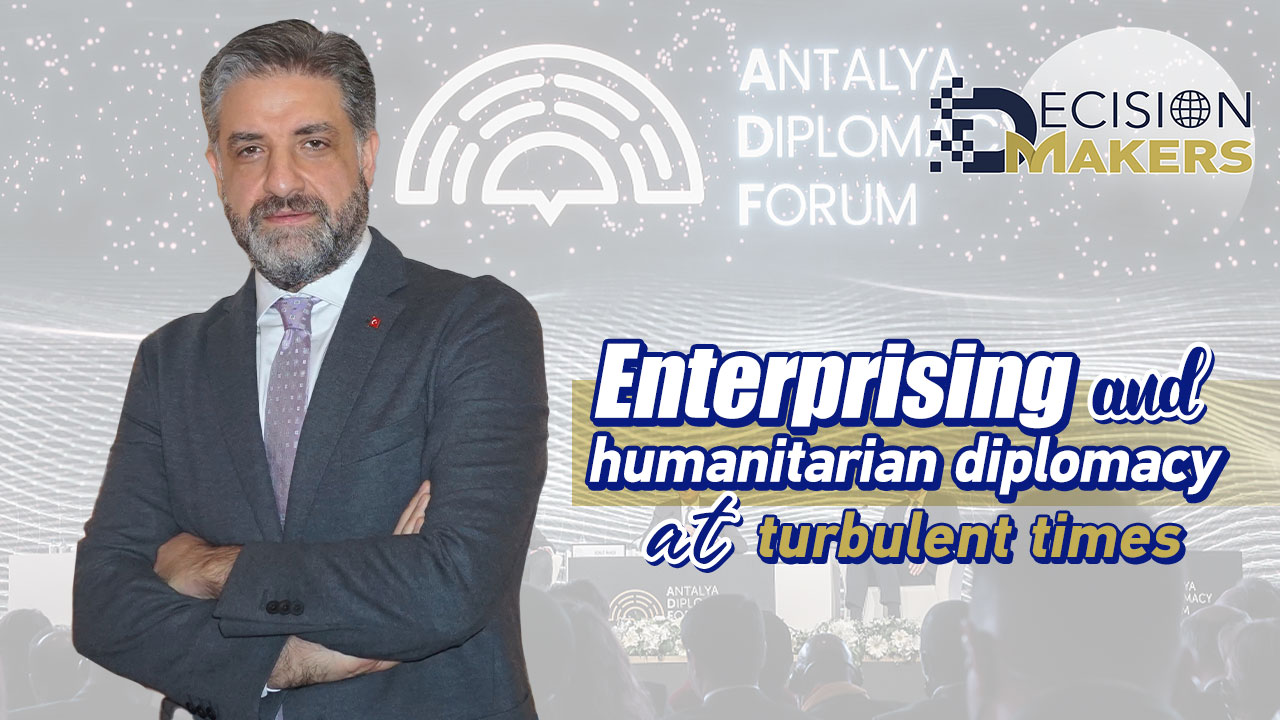 Editor's note: Decision Makers is a global platform for influential leaders to share their insights on events shaping today's world. A. Emin Onen is Turkey's ambassador to China. The article reflects the author's opinions and not necessarily the views of CGTN.

In a period of uncertainties, crises and conflicts, the Turkish diplomacy advocates undisrupted dialogue as a first step to overcome regional and global challenges. Unfortunately, the global governance mechanisms cannot provide fast and effective solutions to global problems due to their ineffectiveness stemming from the erosion of multilateralism and universal values. In these turbulent times, Turkey pursues a proactive, humanitarian and enterprising foreign policy and emphasizes the need for a just world order to achieve sustainable peace and development.

While contributing to the resolution of various crises ranging from Afghanistan to the Balkans, Africa to the Caucasus both on the ground and on the table, Turkey also accelerated its diplomatic effort to achieve peace between Russia and Ukraine. The Antalya Diplomacy Forum (ADF) and the intense diplomacy traffic being conducted by President Recep Tayyip Erdogan and Foreign Minister Mevlut Cavusoglu are the latest examples of Turkey's efforts to avoid further humanitarian tragedies and secure peace and stability in its region and beyond.

Antalya, an internationally renowned tourism destination on Turkey's Mediterranean coast, hosted the ADF for the second time on March 11-13, 2022. Since its inception last year, the ADF has proven to be a global brand and a promising and inclusive venue with over 3,000 participants from 75 countries including 17 heads of state and government, 80 ministers, 39 representatives of international organizations as well as nearly 600 journalists. With over one-third of the world being represented at the Forum, the ADF took its place among the eminent platforms that shape the discussions in the field of international relations. At a time when diplomacy and dialogue are most needed, high-level participation of multi-stakeholders to the ADF voiced a strong message: "The world is transforming, so is the diplomacy; there are conflicts but there is also a strong need for dialogue."

Turkey's call for dialogue was also appreciated and supported by a wide audience in the Forum. The ADF perfectly served this purpose by providing an opportunity for 212 high level bilateral meetings among the participants and 67 bilateral meetings of Foreign Minister Cavusoglu with his counterparts on the margins of the Forum.

Among those meetings, Foreign Minister Cavusoglu's meeting with his Armenian counterpart, Foreign Minister Ararat Mirzoyan, was considered as a breakthrough since, while coming together in Antalya for the first time, two ministers reiterated their determination to conduct the process aiming at full normalization. As Foreign Minister Cavusoglu also emphasized, Turkey is taking these steps in consultation and close cooperation with Azerbaijan with a view to materialize comprehensive peace and stability in the South Caucasus. This meeting came at a time when Turkey has been also working to ameliorate tensions with a long list of actors, including Israel, the UAE, Saudi Arabia, Egypt, Greece, marking a new period of rapprochement with these countries.

Another critical meeting held in Antalya was the Turkey-Russia-Ukraine Trilateral Meeting in which Foreign Ministers of Ukraine and Russia came together for the first time since the start of the armed conflict. From the beginning of the Russia-Ukraine crisis, Turkey has sought common ground and balance for both sides. Having deep strategic and economic ties with both, Turkey is in a unique position as it also controls the Straits linking the Black and Mediterranean Seas. The current crisis once again clearly demonstrated Turkey's vital role for Eurasian stability and security. 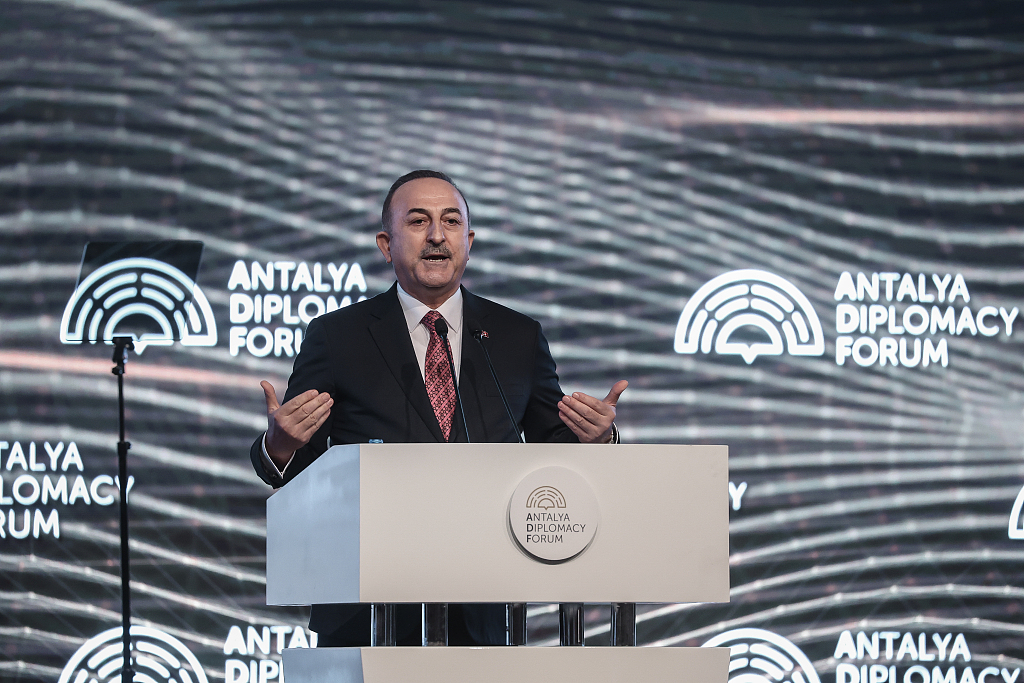 Turkey simultaneously aims to look out for its interests and to uphold humanity's fundamental values. Its active diplomacy vis-a-vis the Ukraine crisis is the most obvious example of this approach.

In line with this understanding, President Erdogan has been conducting intense diplomacy traffic by holding tete-a-tete meetings or phone calls with more than 35 world leaders including Russian President Vladimir Putin, Ukrainian President Volodymyr Zelenskyy and U.S. President Joe Biden since the beginning of the crisis.

UN Secretary-General Antonio Guterres expressed gratitude for Erdogan's "diplomatic efforts," some of which took place at the margins of the ADF. President Erdogan also recently received President Isaac Herzog of Israel, President Ilham Aliyev of Azerbaijan, Prime Minister Kyriakos Mitsotakis of Greece, Chancellor Olaf Scholz of Germany, President Andrzej Duda of Poland and Prime Minister Mark Rutte of the Netherlands in Turkey, where they addressed the Russia-Ukraine war in addition to bilateral relations.

Since the eruption of the Russia-Ukraine crisis, President Erdogan has sought common ground and balance for both sides, which only aims to further peace. This cautious policy approach has provided Turkey space to pursue diplomatic initiatives for mediation. Foreign Minister Cavusoglu held phone talks with Russian Foreign Minister Sergey Lavrov and Ukrainian Foreign Minister Dmytro Kuleba to discuss the situation and the negotiation process. In the last round of face-to-face bilateral negotiations, which took place in Istanbul on March 29-30, Kyiv and Moscow achieved the most meaningful progress since the conflict began. Turkey is aware of its responsibility stemming from the trust vested in itself by both parties and regards the ongoing negotiations as a beacon of hope for lasting ceasefire and peace.

In addition to its efforts for dialogue, Turkey initiated immediate humanitarian assistance for the victims of this violence, and also joined other international aid efforts. Witnessing the heart-breaking tragedy in Ukraine as the host country to the largest refugee population in the world, Turkey has thus far delivered 56 truckloads of humanitarian aid to the region, and continues to send new ones. Turkey has assisted more than 63,000 foreign nationals, including Ukrainians, to leave the zones of conflict. The number of Ukrainians who have come to Turkey, on the other hand, has surpassed 60,000.

In 2023, the Republic of Turkey will proudly celebrate its centennial anniversary. Its diplomatic network, fifth largest in the world, its status as a diplomatic hub and its ongoing diplomatic efforts exemplified above are among the manifestations of its determination to achieve sustainable peace and stability in its neighborhood and beyond.