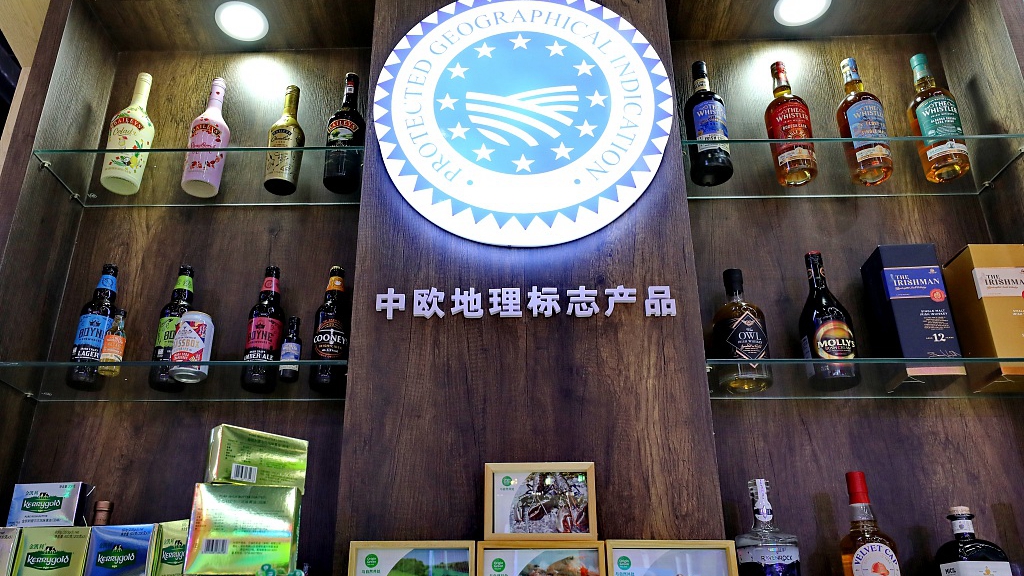 The bilateral agreement between China and the European Union (EU) on geographical indications (GIs) official took effect on March 1, 2021, according to China's Ministry of Commerce (MOC). The agreement protects the first batch of 100 European GIs in China and 100 Chinese GIs in the EU against imitation and duplication.

Within four years after its entry into force, the scope of the agreement will expand to cover additional 175 GI names from both sides, according to EU's official website. 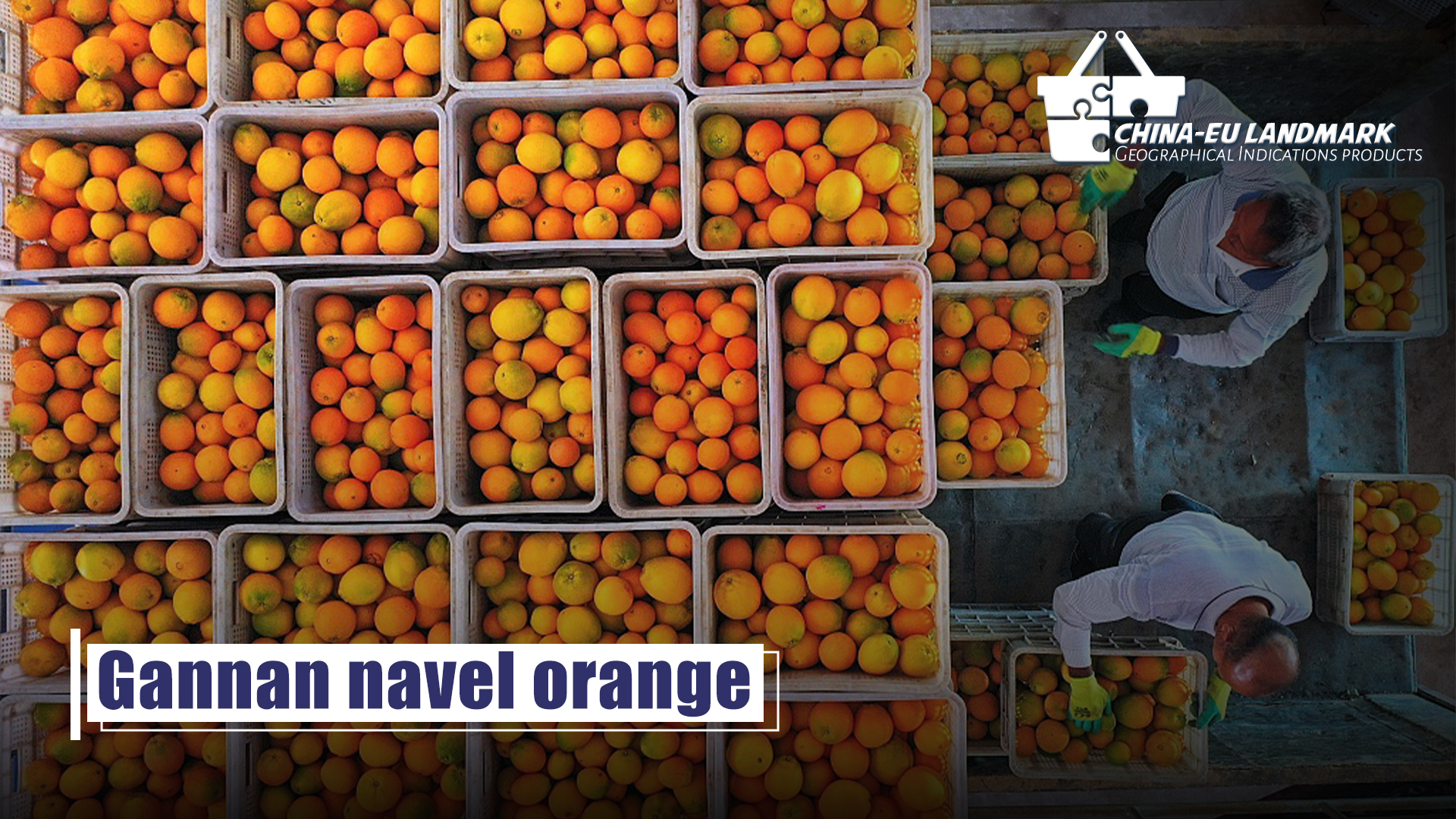 The orange planting area in the city reached 1.53 million mu, the largest area in the world, according to official data. The city has become the largest navel orange production area in China, and the brand was estimated to be worth more than 50 billion yuan ($7.8 billion) in November 2019, according to a Xinhua report. 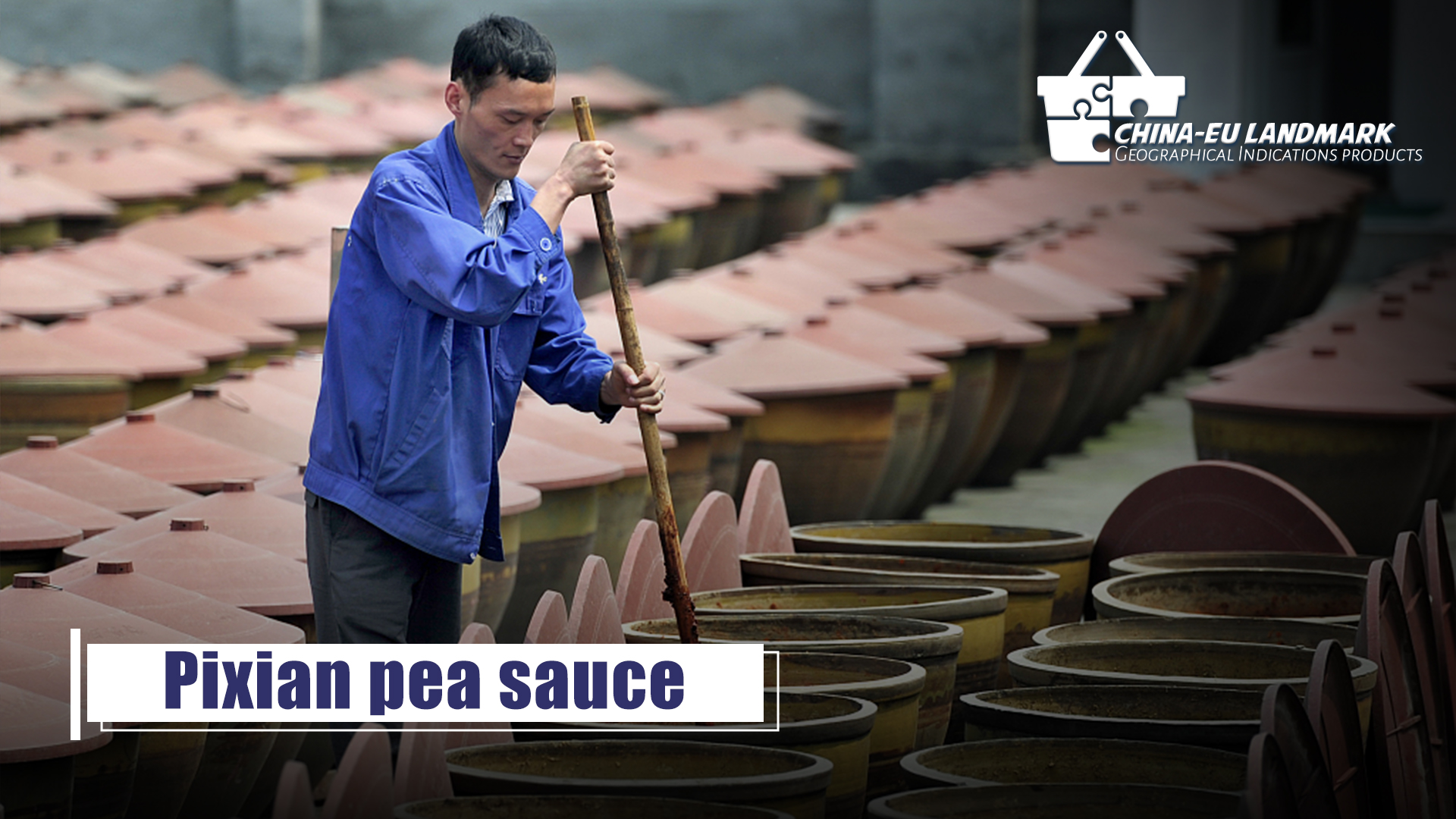 The spicy Pixian pea sauce from Pidu District, Chengdu City in southwest China's Sichuan Province is believed to be the soul of Sichuan Cuisine, one of the major cuisines in China. The production technique of the sauce is complicated, and was included on the second batch of the national intangible cultural heritage list in 2008. 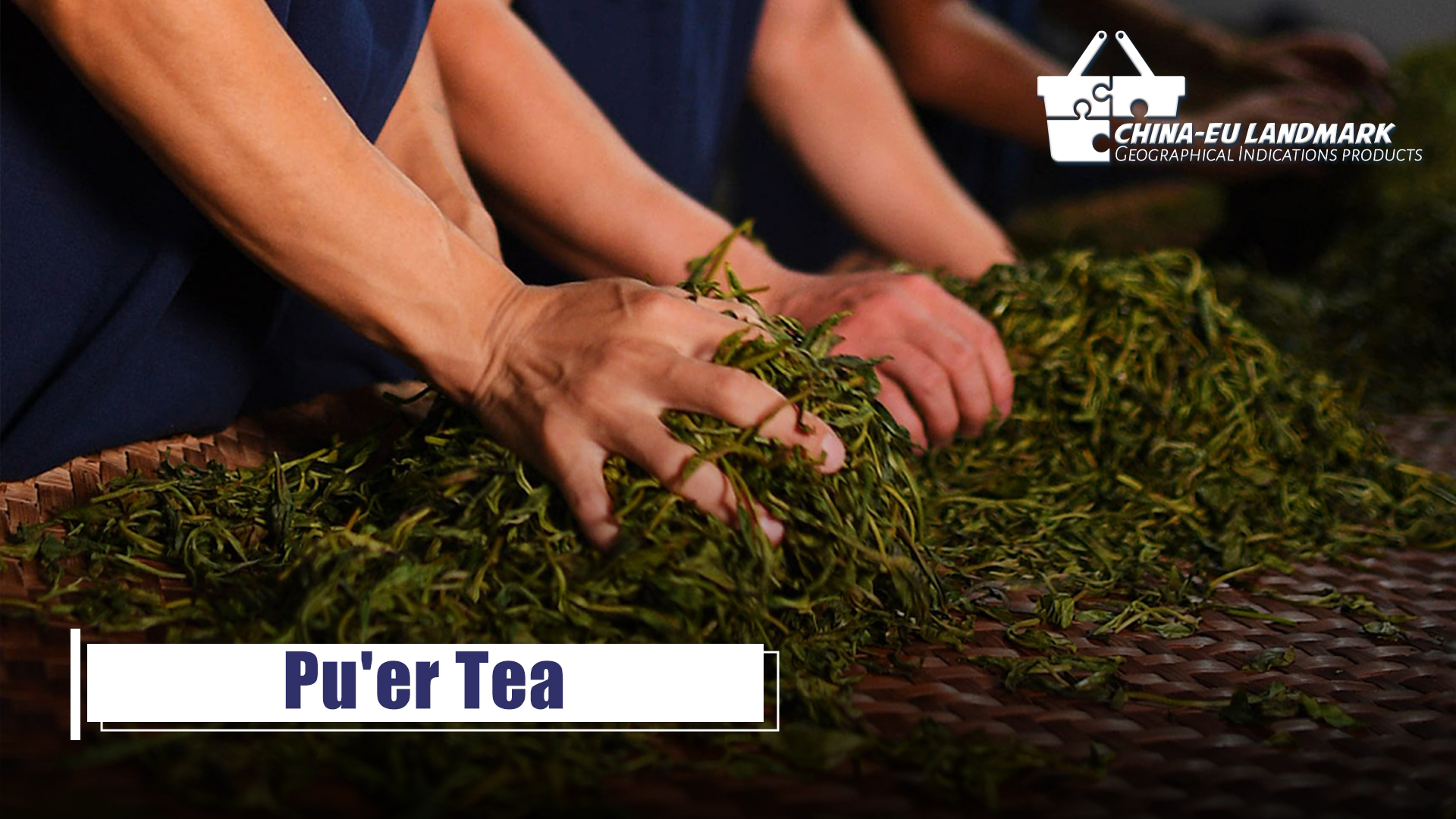 The tea is traditionally produced in southwest China's Yunnan Province. Pu'er Tea was first officially recorded in Chinese history books in the Ming Dynasty (1368-1644) and gained popularity during the Ming and Qing dynasties (1644-1911). 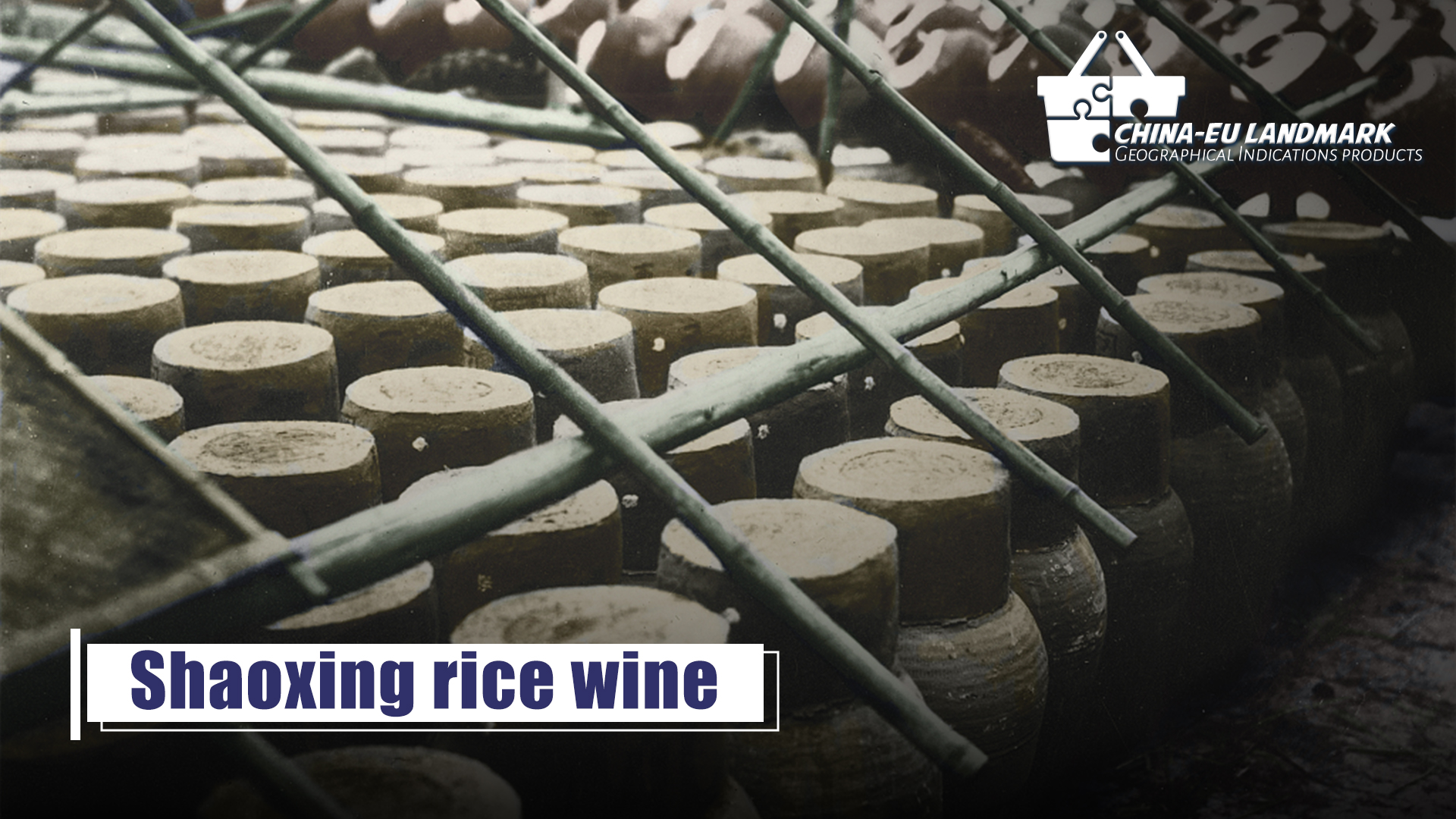 Shaoxing rice wine made 2.65 million yuan from exports to the EU in 2021, up 53.72 percent year on year, according to local authorities. Xuan paper is produced in Xuancheng City, east China's Anhui Province, and has a life expectancy over 1,000 years. Some ancient Xuan paper are still popular at the auction market for its preservation and ornamental values. The exquisite production techniques and unique writing characteristics of Xuan paper made it a name card of traditional Chinese culture. 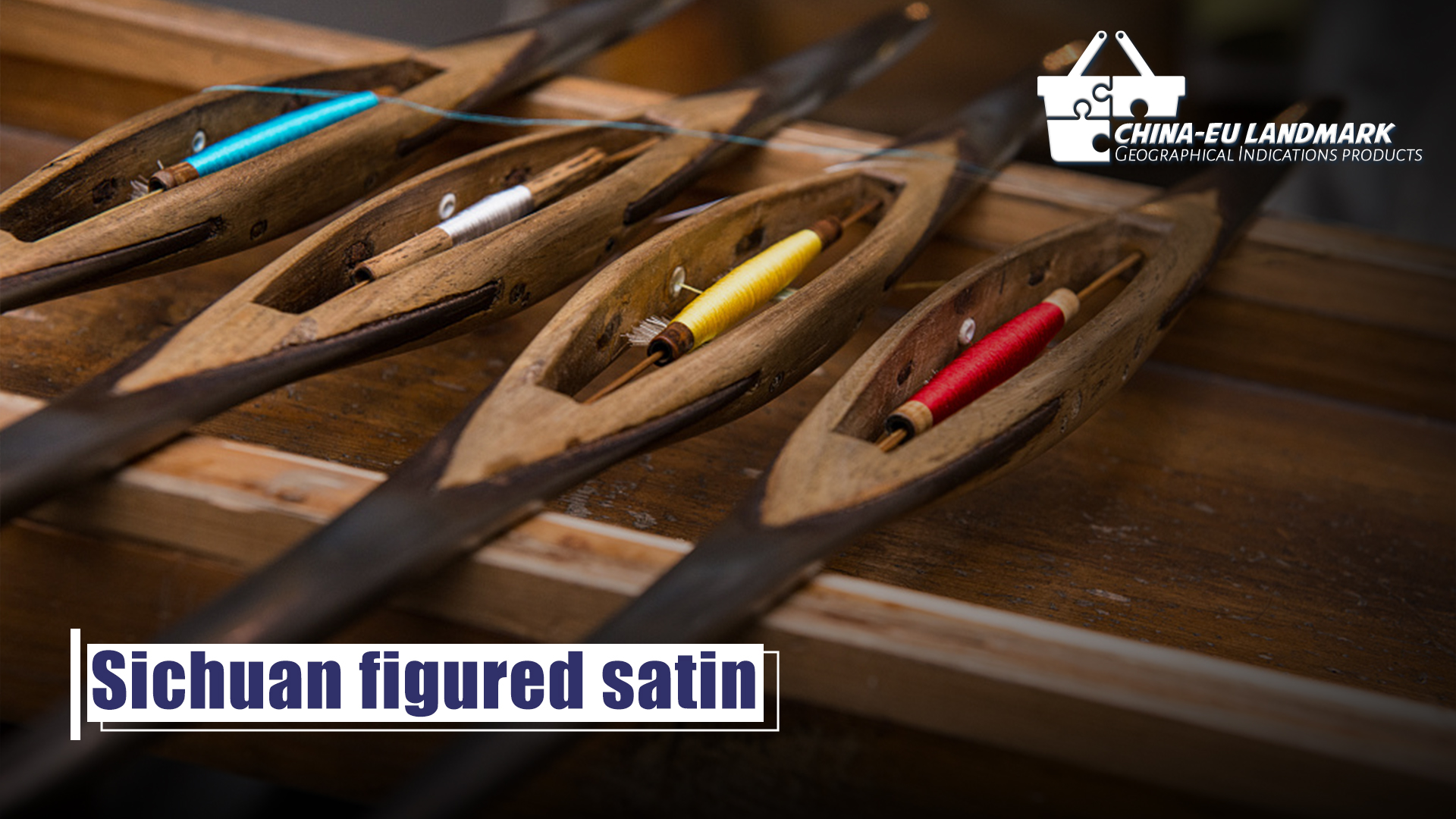 As one of China's four famous brocades, Sichuan figured satin of southwest China's Sichuan Province has over 2,000 years of history. The brocade is known for its locally-specific design, rich pattern and vibrant colors. Its weaving skills were listed in the first batch of national intangible cultural heritage in 2006.

Besides the reciprocal trade benefits as well as introducing consumers to quality products from both sides, the agreement's implementation is expected to propel bilateral trade of high-quality products to new highs.

The EU-China cooperation started in 2006 and resulted in the protection of 10 Geographical Indication names on both sides in 2012. This initial agreement was the groundwork for today's cooperation.