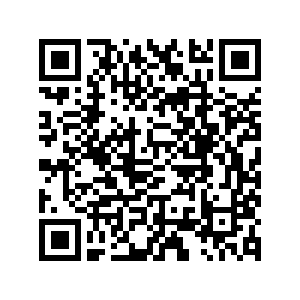 The tournament will be held from November 21 to December 18. 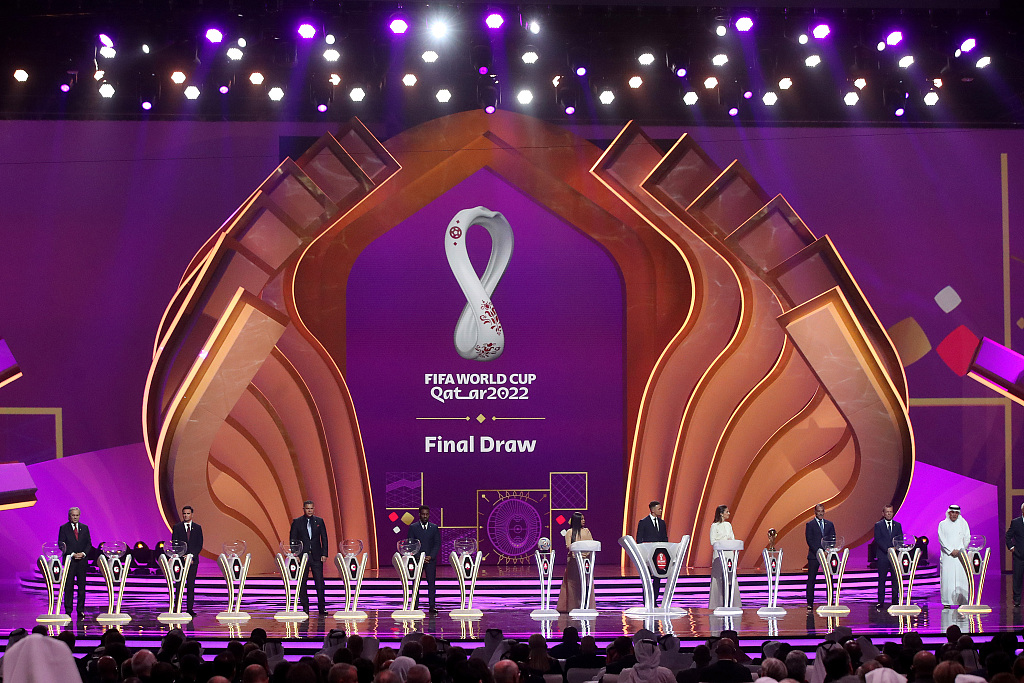 The full World Cup group stage draw is as follows: 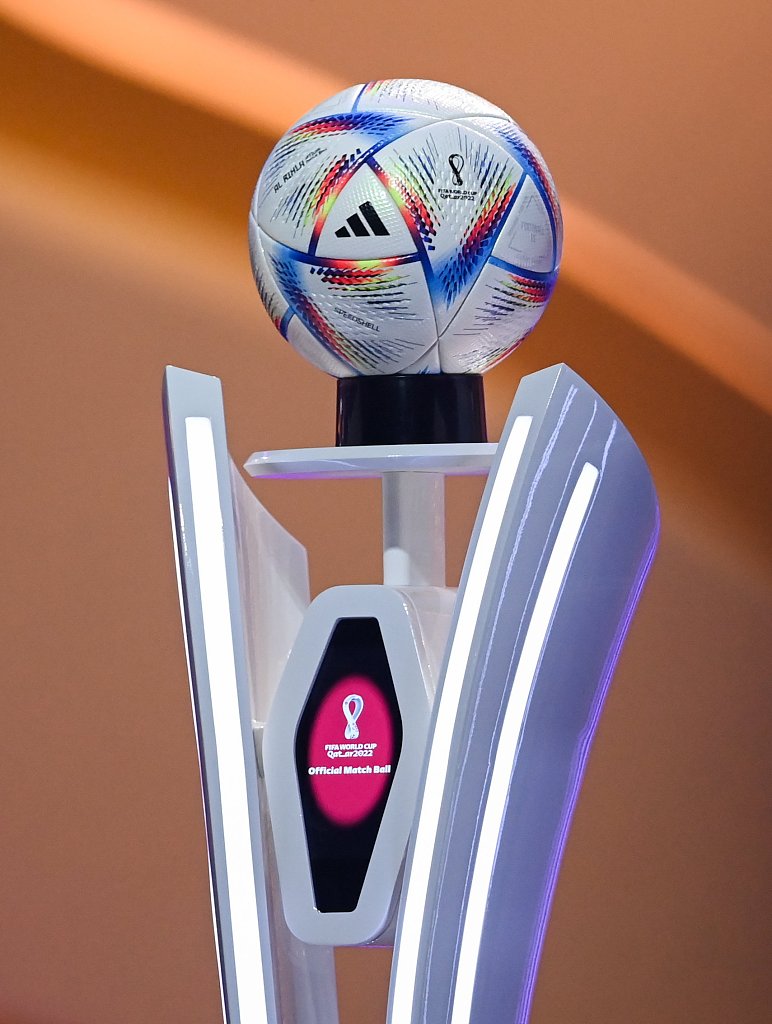 A view of the football that will be used for the Qatar 2022 World Cup during the draw ceremony in Doha, Qatar, April 1, 2022. /CFP

A view of the football that will be used for the Qatar 2022 World Cup during the draw ceremony in Doha, Qatar, April 1, 2022. /CFP

Which countries can still qualify?

Three more places are up for grabs for the World Cup Finals. They will be settled via playoffs.

Asia play-off: Australia will face the United Arab Emirates (UAE) in Doha on June 7 to decide which team could enter the inter-confederation playoffs.

Intercontinental playoffs: Peru will face either Australia or the UAE, while New Zealand will play Costa Rica. The matches will be played in Doha on June 13 and June 14. The two winners will qualify for the World Cup Finals.

European playoff: The match between Ukraine and Scotland will be played in June and the winner will face Wales in the playoff final to determine the final European qualifier. 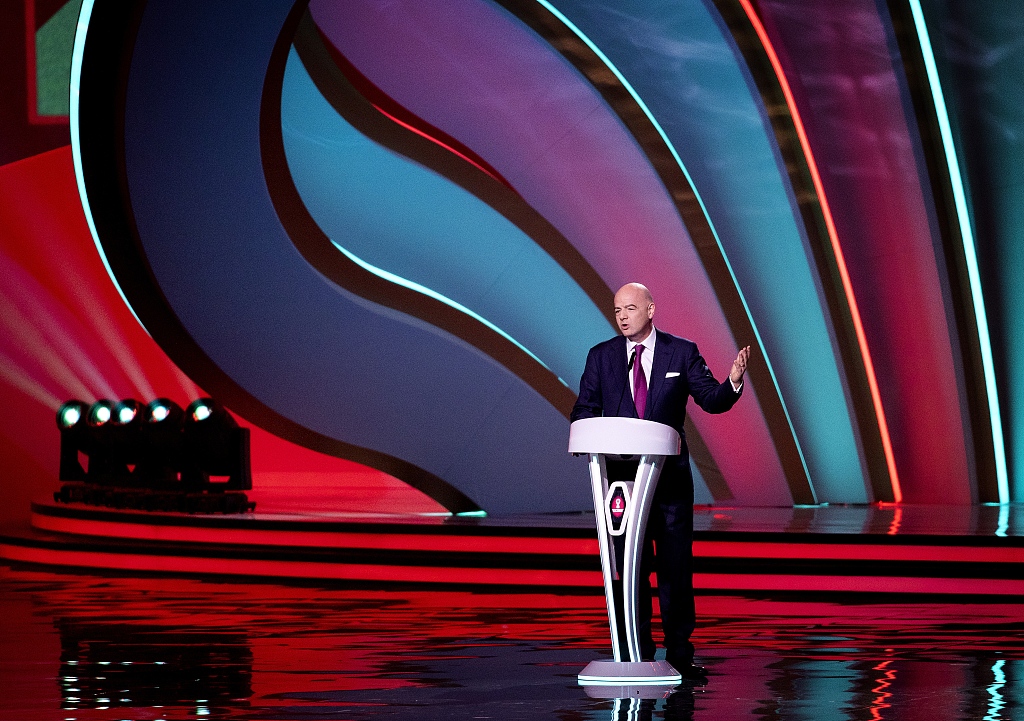 Reactions after the draw

"We have negative memories, but something like that doesn't happen to us twice," said Germany's goalkeeper and captain Manuel Neuer on being drawn with fellow former champions Spain. Spain thrashed Germany 6-0 in a Nations League match in November 2020.

"You can see clearly that Germany have improved. They are going through a period of renewal but we are Spain, seventh in the world, and we want to beat everyone in the world," said Spain coach Luis Enrique.

"It is the same handicap for everyone," he added, referring to limited preparation time. "It means we think the players will arrive fresher than at a normal World Cup, in better shape physically and in footballing terms. The lack of time is a handicap, but no team will have much time."

"For us, we're in on day one so it's quite clear now what our program looks like for the end of the Premier League season and getting out here as quickly as possible," said England manager Gareth Southgate, whose side face Iran on the opening day of the tournament on November 21, just eight days after the final round of Premier League games before the international break.

"I advise you (France) to also prepare because we have a very good team and we will be ready to fight," said Denmark coach Kasper Hjulmand on facing the defending champions.

"A very demanding group, different styles, different ingredients but probably what we need if we want to be ready for this World Cup. And then the draw probably splits – the first four groups, they have fewer top-10 teams facing each other, then the next four groups is probably final after final after final, so probably the final could be the least like a final. But that's how draws work," said Belgium coach Roberto Martinez. If Belgium top their group they could face Spain or Germany in the last 16 and could be on the same side of the draw as Portugal, England and France.

"I haven't been to Qatar or Senegal that often so I don't know these countries that well," said Netherlands coach Louis van Gaal on Group A rivals who also include Ecuador.

"It's in the past. It was 24 years ago. What matters to us is what will happen now," said U.S. coach Gregg Berhalter, referring to America's 2-1 defeat against Iran at the 1998 World Cup.

"I always bet with us against anybody," said Canada midfielder Jonathan Osorio on being drawn with world number one Belgium, Morocco and 2018 runners-up Croatia.

"We can look at the glass as being half full or half empty," said Portugal coach Fernando Santos whose team face Ghana, Uruguay and Republic of Korea.

"When people talk about football, the first word is Brazil. I respect a lot Brazil, it is always the favorite, but I love to play against hard teams," said Serbia coach Dragan Stojkovic on facing the five-time world champions.

"What an emotion it is to be here in front of you. Now it's getting serious. Now we know it is for real," said FIFA president Gianni Infantino.