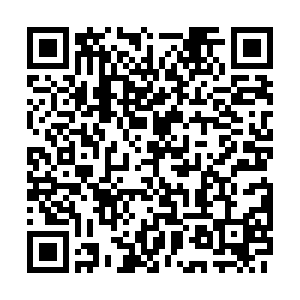 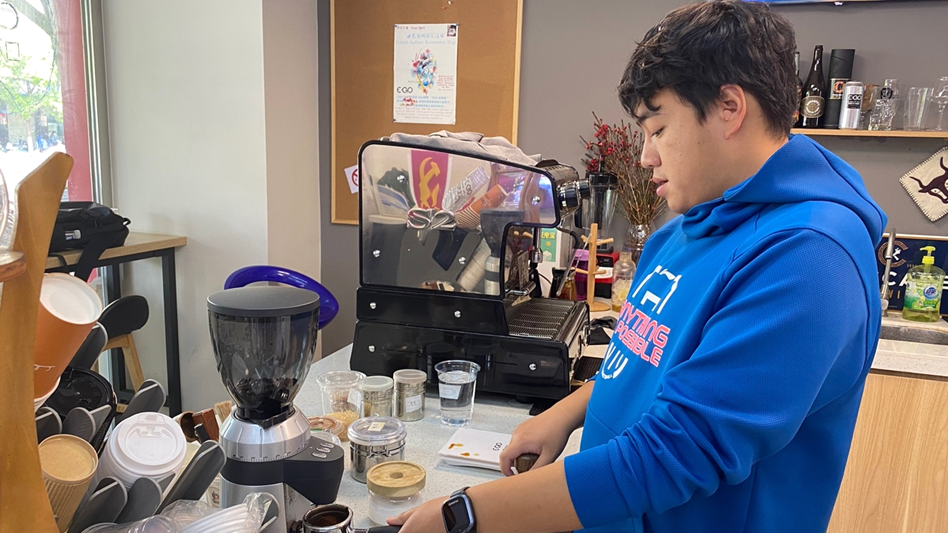 "He is willing to learn new things and can learn them quickly," Li Aiping, Wu's mother, said.

Li told CGTN that when she learned of this program to teach autistic victims how to make coffee, she sent an application without hesitation. 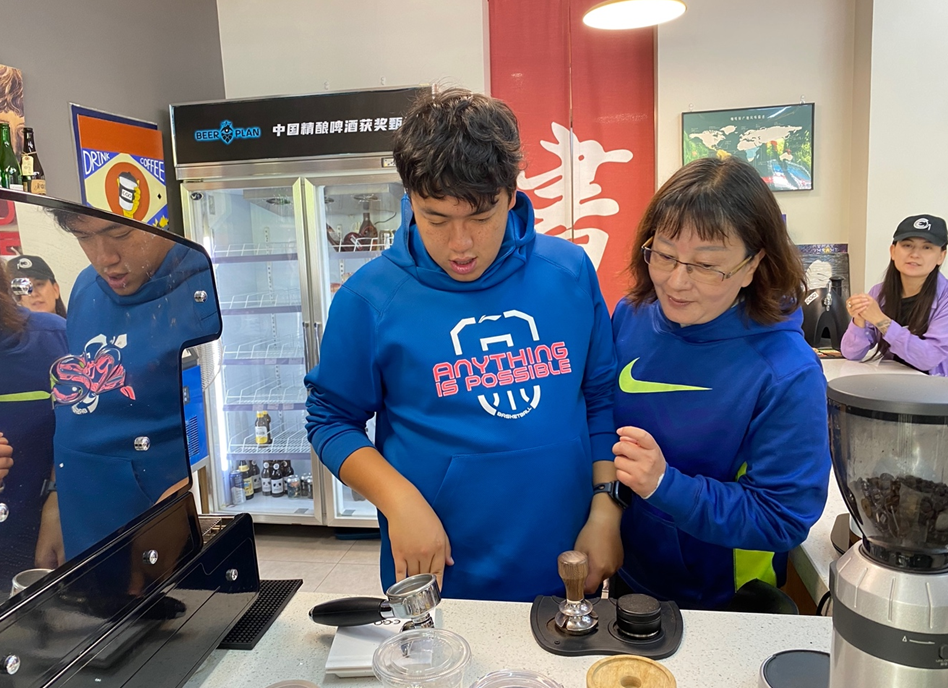 Wu Qiwen and his mother make coffee together. Yang Jinghao/CGTN

Wu Qiwen and his mother make coffee together. Yang Jinghao/CGTN

Now, the mother and son are trying to run a small coffee shop in the southwestern Chinese city of Kunming. Wu prepares different coffee styles and communicates with customers.

"Autistic people need a platform like this for social integration. If they stay at home, all their skills will degenerate. Ultimately, they will be confined indoors for their whole life," Li said.

Wu was diagnosed with autism at the age of three. He has serious social communication problems and is very sensitive to sounds, so he needs to wear earplugs in many public places like when taking the subway.

Over the past 20 years, his family has spent a lot of money seeking help from local rehabilitation centers and a special education school.

"For families like mine, whatever we've done is worthwhile as long as the children make the slightest progress," said Li. "What we are concerned about the most is their future. What can they do to support themselves when the parents leave them one day?"

Li said she is happy to see that the café is bringing positive changes to the young man. She said Wu used to go to bed late and sleep in, but now he gets up at around 7:30 a.m. and goes to bed before midnight on his own.

"I can feel that he is getting better both physically and mentally, and noticeably more emotionally stable," she said. 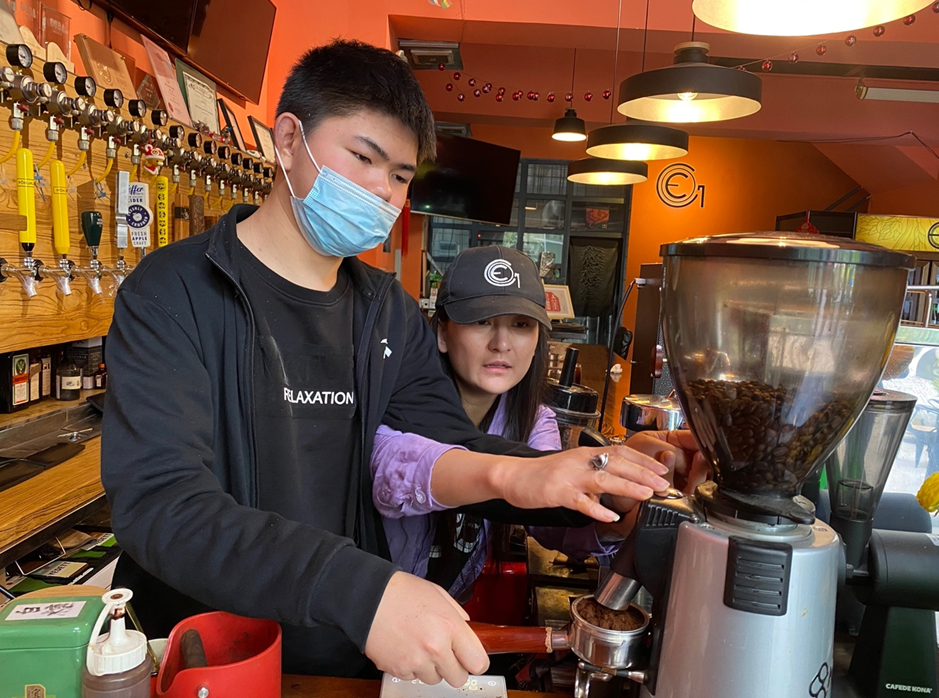 Fu Xin is the founder of the special coffee shop. With a degree in psychology, she has done a lot to help people with mental problems and developmental disorders over the past few years. In January 2021, she launched the coffee program, with the space provided by a neighborhood management office.

"My goal is not just teaching them to make coffee or other drinks. By learning this skill, I hope they can become more confident and improve their cognitive and thinking ability. More importantly, I want to tap more of their potential in this way," said Fu.

Fu also invites volunteers to interact with these young people, either at the coffee shop or a bar she operates. 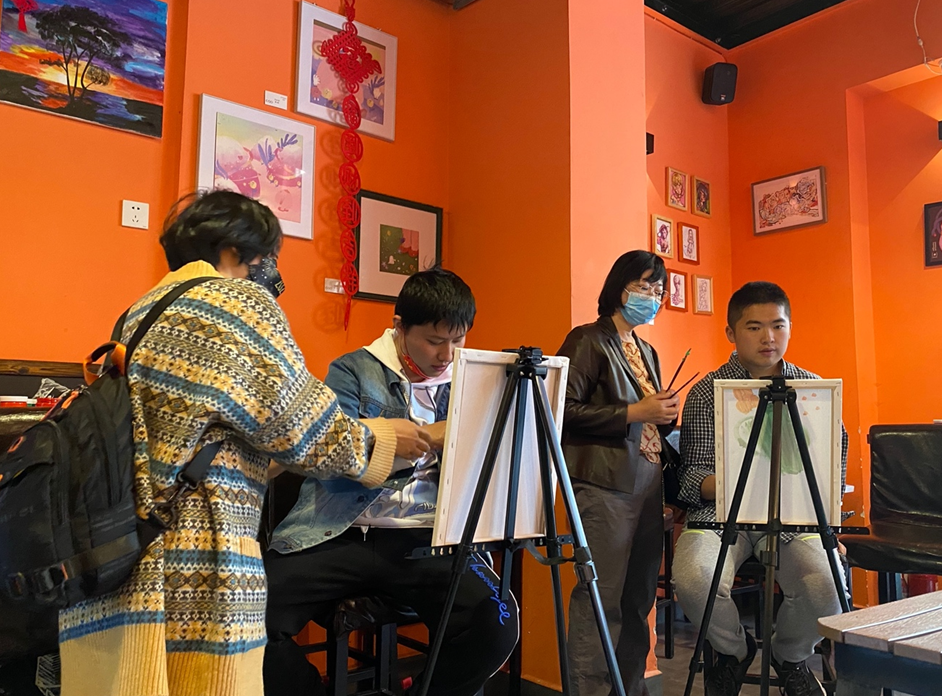 There were more than 2,200 rehabilitation centers for autistic people in China in 2019, according to one report issued in 2021. Yet only about 2.4 percent provide occupational education for adults.

Fu said she hopes the government will also lend a helping hand by offering bigger spaces that can be turned into a designated complex with more people willing to help.

"I hope it will be a safe place with a friendly environment where people with autism can learn more things and do something sustainable to support themselves until they get old," Fu said. 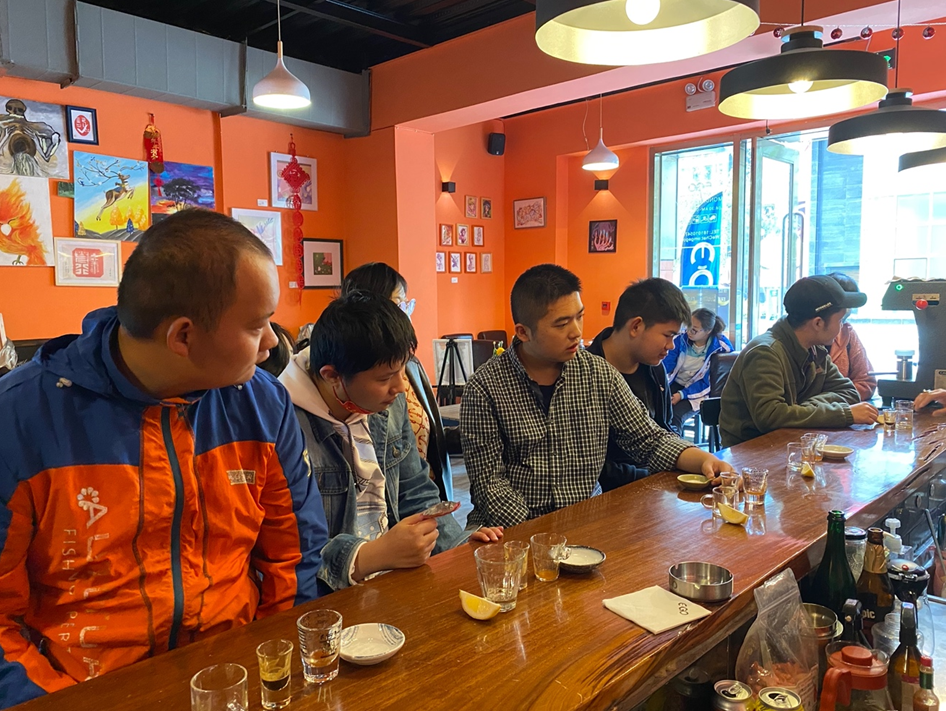 Autistic people have benefited from the programs initiated by Fu Xin. Yang Jinghao/CGTN

Autistic people have benefited from the programs initiated by Fu Xin. Yang Jinghao/CGTN

During this year's Two Sessions – the biggest event on the Chinese political calendar, Huang Qi, a political adviser, spoke out for millions of families with autistic children.

In her motion, she proposed the government work out policies to support the employment of autistic people, such as skill training, and granting tax reduction to enterprises that employ them.

Fu said that autistic people are getting increasingly visible today but there is a long way to go before they are more widely accepted and equally treated.