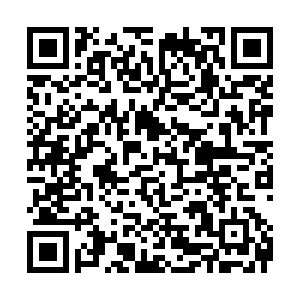 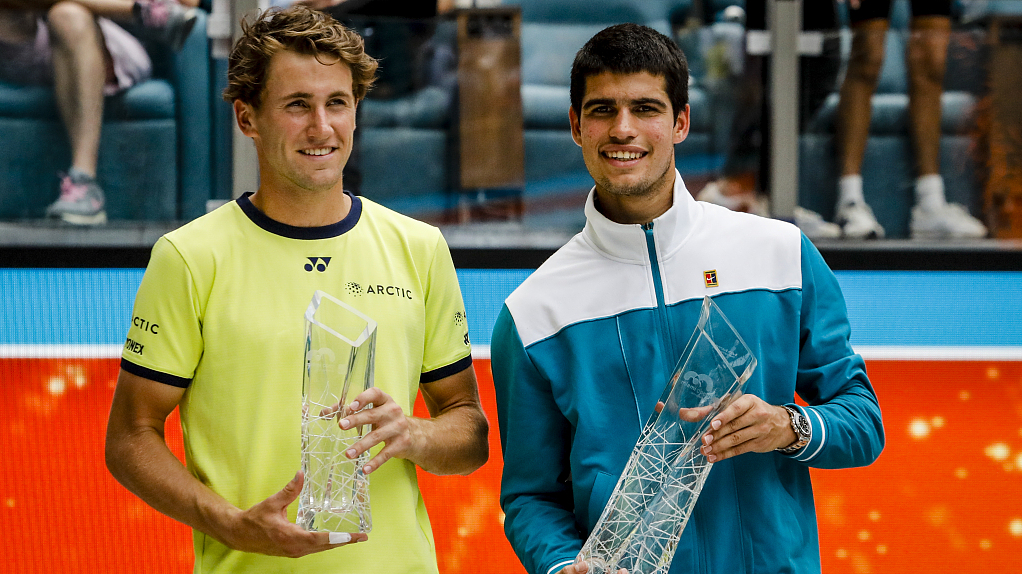 Carlos Alcaraz (R) and Casper Ruud pose for a picture after the men's singles final at the Miami Open in Miami, U.S., April 3, 2022. /CFP

Carlos Alcaraz (R) and Casper Ruud pose for a picture after the men's singles final at the Miami Open in Miami, U.S., April 3, 2022. /CFP

Alcaraz, 18, became the youngest men's singles champion in the event's 37-year history, as well as the first Spaniard to win the title after eight final appearances made by his compatriots, five of which by Rafael Nadal.

As the 14th seed, Alcaraz had a rough opening in the final, as he suffered from a 4-1 deficit till he managed to come back to claim the set with an overhead smash on his third set point.

He went on to take an early lead 3-0 in the second set, while Ruud managed to get one back but couldn't sustain the momentum. Dropping only two points in his last three service games, Alcaraz held off Ruud's attempt to reverse the game and sealed the deal for himself.

With this victory, Alcaraz replaced Novak Djokovic, who won in Miami at the age of 19, as the youngest champion of this event.

"I tried not to let him dominate the match. Forehand down the line, backhand down the line was a key for me," Alcaraz said in a post-match interview. "It's so special to win my Masters 1000 here in Miami."