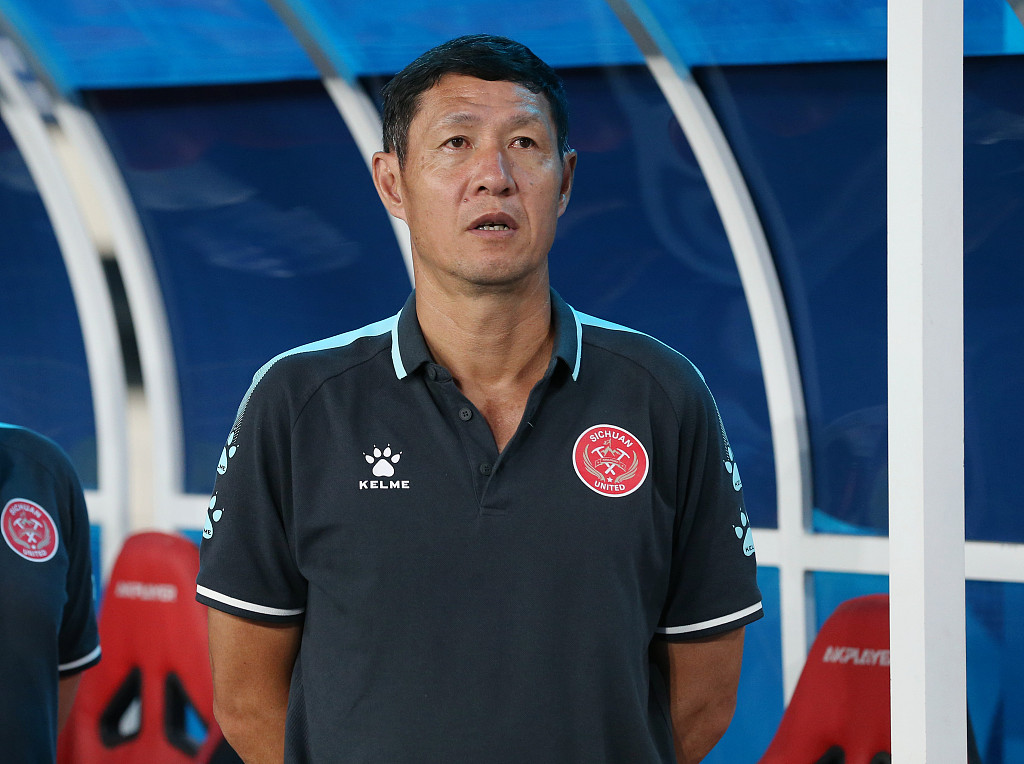 Former Chinese national football team striker Li Bing told Red Star News that the priority now for the Chinese national franchise is to return to the top tier in the Asian Football Confederation (AFC) competitions in the next 10 years before thinking about the FIFA World Cup.

Li was the Player of the Year in the first season of the Chinese professional football league (today's Chinese Super League) in 1994, and he has played in the national teams at different levels. He wasn't surprised when he learned China failed to qualify for the 2022 World Cup in Qatar.

"It's not surprising at all," Li said in the interview with Red Star News. "Judging by where we are among AFC teams right now, we are just not good enough to secure World Cup qualification. It may be hard to the ears, but we are unable to do it under normal conditions."

Li believes one of the roots of the underperformance of the national team is the lack of capable players in the youth talent pool. 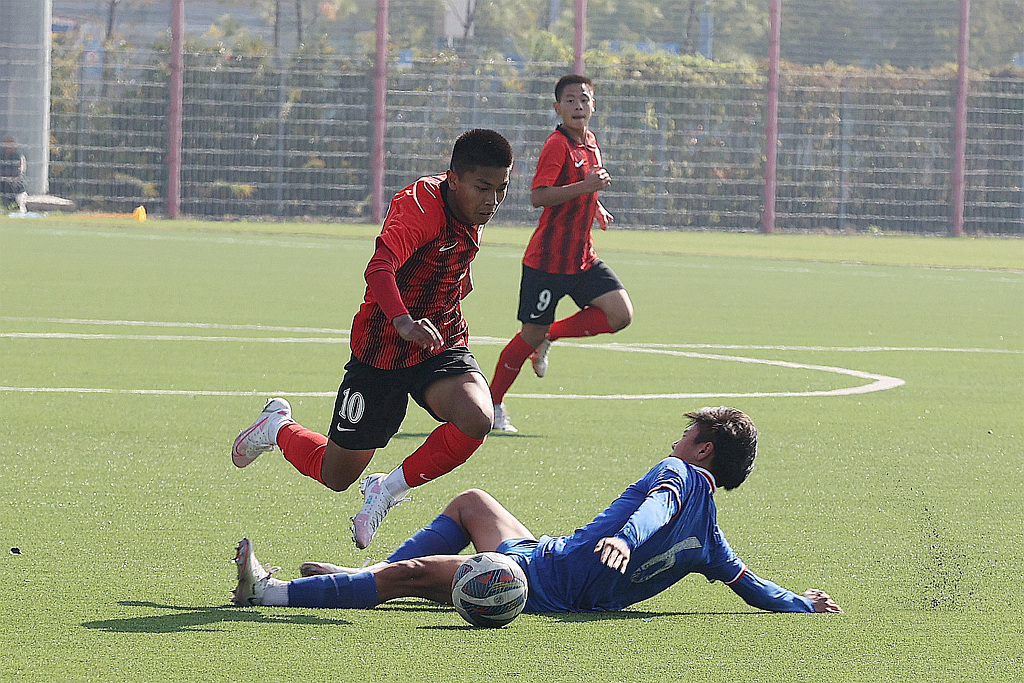 "We don't have a complete youth development system from the first place and thus have no quality young players. If a player is not good when he's young and is recruited to the top national team later, how can you expect to perform well?" Li said.

Li used to manage China's youth national teams. It has been over a decade for any Chinese squad at any level to reach the top four in AFC competitions or qualify for major international events. These players made the national team that failed in the 2022 World Cup qualification tournament this time.

Li pointed out that it's important for good managers to really spend enough time managing the youth teams instead of just working as a mere formality. Moreover, the youngsters must have enough games to play when they grow up.

"I went to European countries and saw how their youth development works," he said. "Their kids begin to participate in national leagues from eight years old. Their training sessions grow from three times a week to four and then five times as they grow. Meanwhile, they play one league game every weekend. That's over 30 games for a young player every year. If you take the various traditional youth events during summer and winter break into account, every young European player plays 50 to 60 formal, intense games per year between eight and 16 years old. That's the same number as professional players. When they are growing like this, they can immediately find their position in the professional league once they reach 18 and are physically ready." 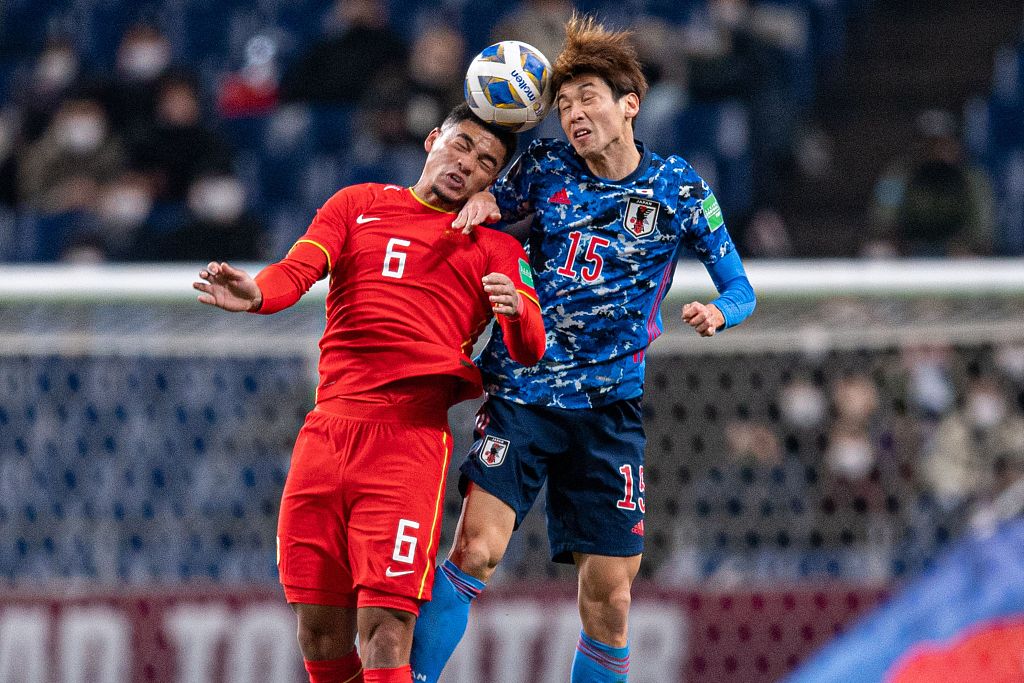 Jiang Guangtai (#6) of China and Yuya Osako of Japan compete for the ball in the 2022 FIFA World Cup qualifer game at Saitama Stadium in Saitama, Japan, January 27, 2022. /CFP

Jiang Guangtai (#6) of China and Yuya Osako of Japan compete for the ball in the 2022 FIFA World Cup qualifer game at Saitama Stadium in Saitama, Japan, January 27, 2022. /CFP

"Young Chinese players don't have this. It's not youth development by having a manager teach a bunch of kids practice their skills without letting them play real games," Li added.

The Chinese Football Association's (CFA's) decision to naturalize players for the national team has been under a lot of criticism during the 2022 World Cup qualification tournament. Li said he understands the decision, but several factors, including COVID-19, affected the forms of the naturalized players.

The CSL has happened behind closed doors since 2020 due to COVID-19. As a result, most clubs had to cut down expenses, including investments in landing foreign players. Many of the naturalized players didn't have enough time to play on the field, not to mention that they had to go through long-term quarantine after returning from Brazil. When these players joined the national team, they were hardly ready for 90 minutes of intense competition.

"To sum up, it's a pity that the players we have naturalized failed to be in their best form at the right time," Li said. He added that the naturalizing policy shouldn't be abandoned at once, but it's important to combine naturalized players with home-grown ones to make a competitive franchise in which domestic players are the core. 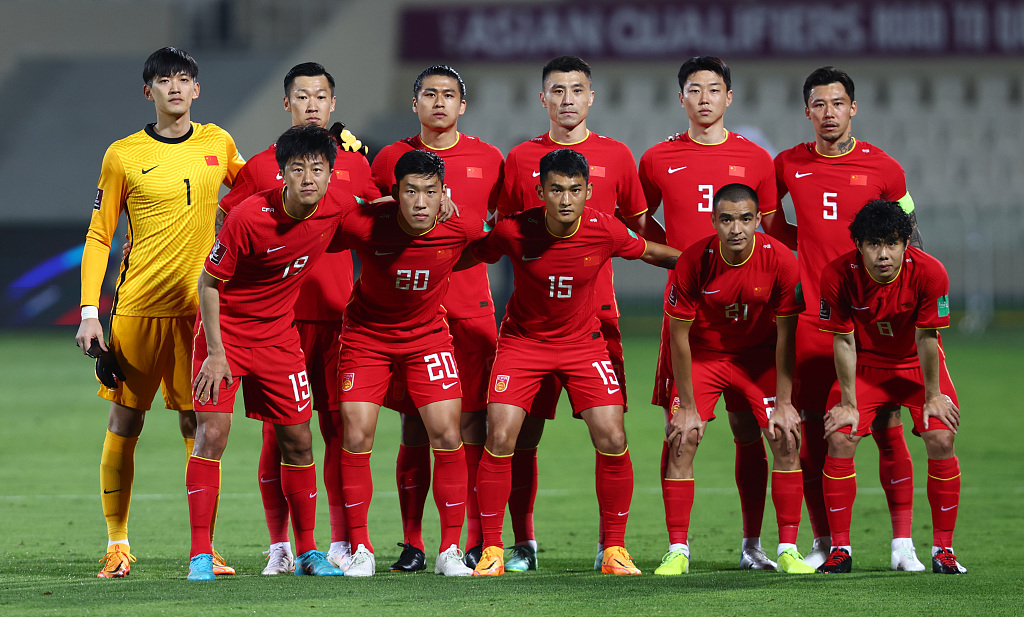 Players of China pose for a photo ahead of the 2022 FIFA World Cup qualifer game against Saudi Arabia at Sharjah Football Stadium in Sharjah, United Arab Emirates, March 24, 2022. /CFP

Players of China pose for a photo ahead of the 2022 FIFA World Cup qualifer game against Saudi Arabia at Sharjah Football Stadium in Sharjah, United Arab Emirates, March 24, 2022. /CFP

Despite all the problems, Li still has faith in Chinese football. "If we can return to the first tier among AFC teams in 10 years, we will be a top six team. AFC has 4.5 berths for the 2022 World Cup, that's 75 percent of chance for us, not to mention that AFC will have 8.5 berths for the World Cup in the future," he said.

Li doesn't think securing qualification for the World Cup should be the only standard to measure if China's football development is successful. "When we are good enough overall, we will make the World Cup, just like success is assured when conditions are ripe."