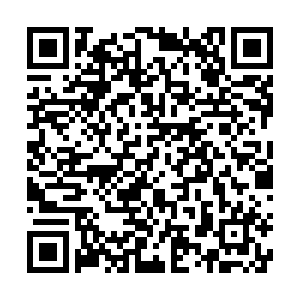 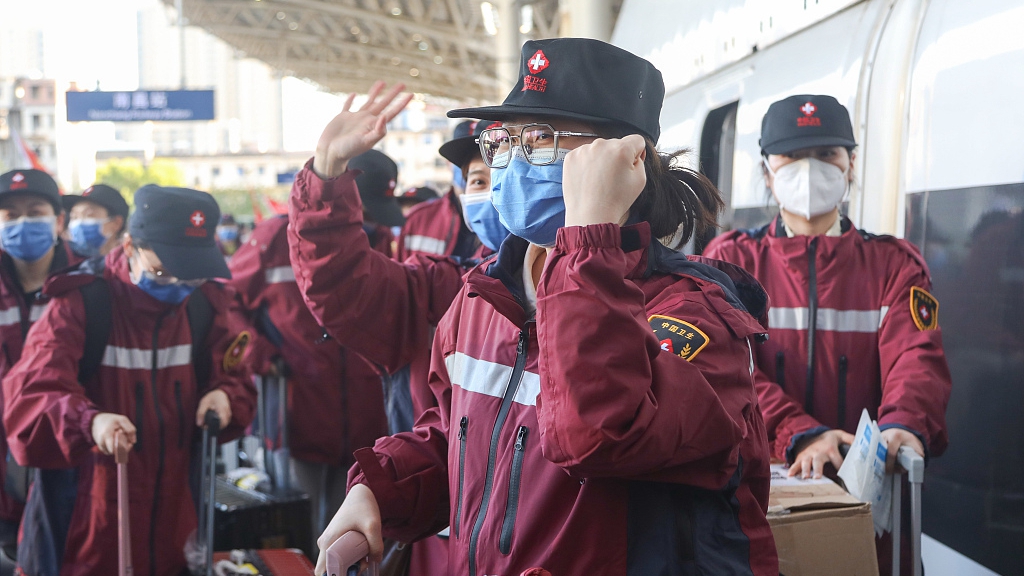 More than 38,000 medics from 15 provinces nationwide have rushed to China's business hub Shanghai to aid the megacity's fight against the resurging COVID-19.

On Sunday, tens of thousands of medics arrived in Shanghai, with a population of 25 million, by high-speed trains departing from provincial-level regions such as Tianjin, Hubei, Shandong, Sichuan and Jiangxi.

"Some of our 90-strong team had been to Wuhan, Hubei Province, or designated hospitals for COVID-19 control in Tianjin. They are also experienced," said Wang Zengguang, head of a medical team from Tianjin Medical University General Hospital. "We are determined to secure a victory in completing our task." 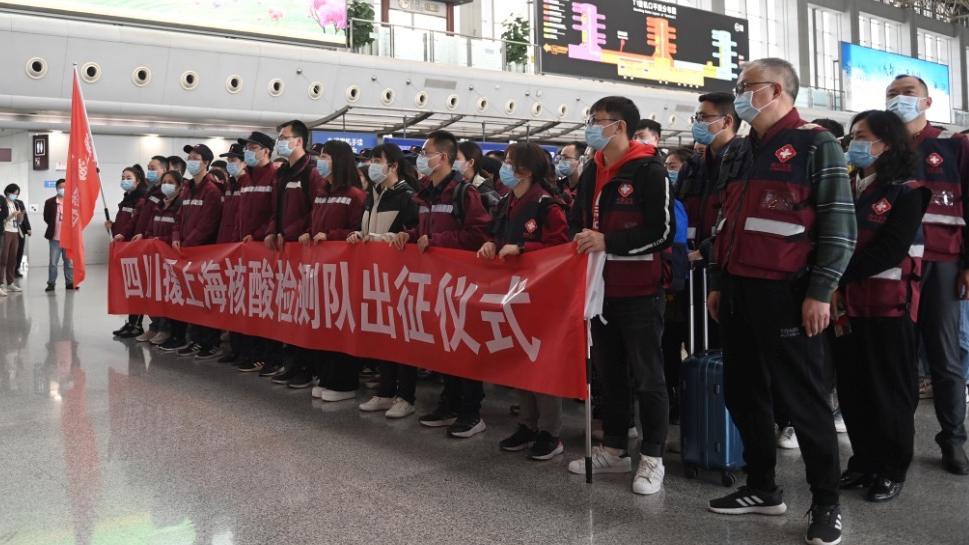 Over 200 medical staff from Sichuan Province have been sent to Shanghai. They will work at the West China Hospital of Sichuan University and Provincial People's Hospital and primarily help with testing procedures in Shanghai. Hundreds of their colleagues are sent to the north-eastern province of Jilin, which is also witnessing a flare-up of COVID-19. Some arrived in special vehicles used for testing—covering thousands of miles over land.

They are all experienced in working in temporary hospitals and carrying out testing procedures. Some of them have also worked in Wuhan during the major outbreak in the spring of 2020.

Medical teams coming from the nearby provinces of Zhejiang, Jiangsu and Anhui have already arrived in Shanghai to join in the fight, according to the Shanghai Municipal Health Commission.

Chinese Vice Premier Sun Chunlan on Saturday urged resolute and swift moves to stem the spread of COVID-19 in Shanghai in the shortest time possible, issuing her call during an inspection visit to the city.

Sun, also a member of the Political Bureau of the Communist Party of China Central Committee, stressed unswerving adherence to the dynamic zero-COVID approach and mobilizing COVID-19 testing capacity, medical personnel, and COVID-19 prevention supplies to support Shanghai in the fight against the epidemic.

The vice premier called for efforts to be stepped up to ensure that all those in need are tested, isolated, hospitalized or treated.

She also stressed the importance of strict closed-loop management for key industries and institutions to ensure the normal operation of core functions and the stability of supply and industrial chains.

The measures were aimed at completely eliminating potential risks, cutting off the chain of transmission, curbing the spread of the virus, and achieving dynamic zero-COVID as soon as possible, Wu Qianyu, an official with the Shanghai Municipal Health Commission, told a press conference on Sunday.

Authorities and suppliers in Shanghai have been racing to secure daily supplies for residents under closed-off management.

Shanghai has been working to increase sources of supplies and coordinate with suppliers to expand procurement channels to boost market supply.

Temporary vegetable warehouses have been set up for extra storage in the city and existing warehouses are boosting their capacity to deliver goods.

In Pudong District, a warehouse with the capacity to store up to 1,500 tonnes was set up, with around 200 tonnes of vegetables from across China entering the warehouse every day.

In grocery delivery platform Dingdong's Chenta Warehouse, employees have been working around the clock since March to meet the surging customer needs.

With an area of over 23,000 square meters, the warehouse is one of the largest sorting centers of fruit and vegetables in the Puxi area. Over 1 million fruit and vegetable items are sent to more than 100 distribution warehouses across western Shanghai per day.

Xu Huacheng, who is in charge of the warehouse, said that the warehouse has almost doubled its employees from around 300 to nearly 600 since March.

"Our supplies are overall stable, and the company has arranged more storage space for handling the surging needs," Xu said.

Most of metro lines remain closed

Most of Shanghai's metro lines remain closed, except Line 6 and Line 16 that run in the city's Pudong District. The two lines that are still operating have shortened their operations hours – they will only run from 7 a.m. to 8 p.m.

Sun Ruiyi, on-duty manager at Century Avenue Station which handles the running of Line 6, said the passenger flow has dropped dramatically, adding that most of the passengers still taking the metro are elderly people who are in need of medical treatment in nearby hospitals.

Though most lines are suspended, over 7,000 staff are still working on the city's metro line system.

Shanghai Port is still operating normally and there is no congestion of container ships, the Shanghai International Port Group Co., Ltd. said in a statement on Sunday.

Faced with the impacts of the epidemic, Shanghai Port has rolled out a series of measures to protect the safety of the port, ensure its normal operation and guarantee the stability of the industrial chain and supply chain in the Yangtze River Delta and the globe, the statement said.

To address the issue of whether COVID-positive babies and children can be kept in the company of their parents, a Shanghai health official said on Monday it is allowed if their parents have also tested positive.

For those under the age of 7, if their parents did not contract COVID-19, they are to receive treatment in Shanghai's public health clinical centers, the official said.

Other children who are above the age of 7 would be attended by pediatric medical teams in makeshift quarantine venues, he said.