Download
Analysis: Sri Lanka is in its worst economic crisis in recent history. Why?
By Danny Geevarghese

The ancient island of Serendib, shaped like a tear drop in the Indian Ocean – Sri Lanka – is in the midst of its worst economic crisis since independence from the British in 1948.

The scenic and once-popular tourist haven of 22 million people is fraught with protests and rolling power cuts, no money to pay for food or fuel and looking to its Asian neighbors and beyond for survival. In just the past 30 days, the Sri Lankan rupee has fallen more than 45 percent to the U.S. dollar. Its coffers are dry, with under a billion dollars left. The country has more than $4 billion in debt to repay just this year, including a $1 billion international sovereign bond maturing in July.

The genesis of the present crisis goes back to when Mahinda Rajapaksa was campaigning for his second term in office in 2019. This was Rajapaksa's getting back to power following his defeat in the election soon after his 2009 military victory against the LTTE – the separatist outfit who had fought the Sri Lankan government for close to three decades.

Mahinda Rajapaksa returned in November 2019, this time as prime minister, paving the way for his brother Gotabaya Rajapaksa to become president and a cabinet that included four other members of his family. This is what has riled protesters on the streets of the capital, Colombo. Many of them carried posters which read "Out with the Rajapaksas" and "Down with nepotism."

Mahinda Rajapaksa came back to power promising tax cuts which he implemented in December 2019, which seems to have been the first tile in the proverbial stack of dominoes. Tax rates were cut from 15 to 8 percent, dealing a punch in the gut to the state's revenues.

Revenues were already on the downturn owing to the Easter bombings earlier that year when three churches and three luxury hotels were blown up, killing 269 and injuring more than 500. Then COVID-19 hit, sounding the death knell to the tourism industry. Vidhura S. Tennekoon, who worked for the country's central bank and is now affiliated with Indiana University–Purdue University Indianapolis, wrote, "Tourists, who spent $5.6 billion in 2018 and played a big role in balancing Sri Lanka's $10 billion trade deficit, disappeared virtually overnight." 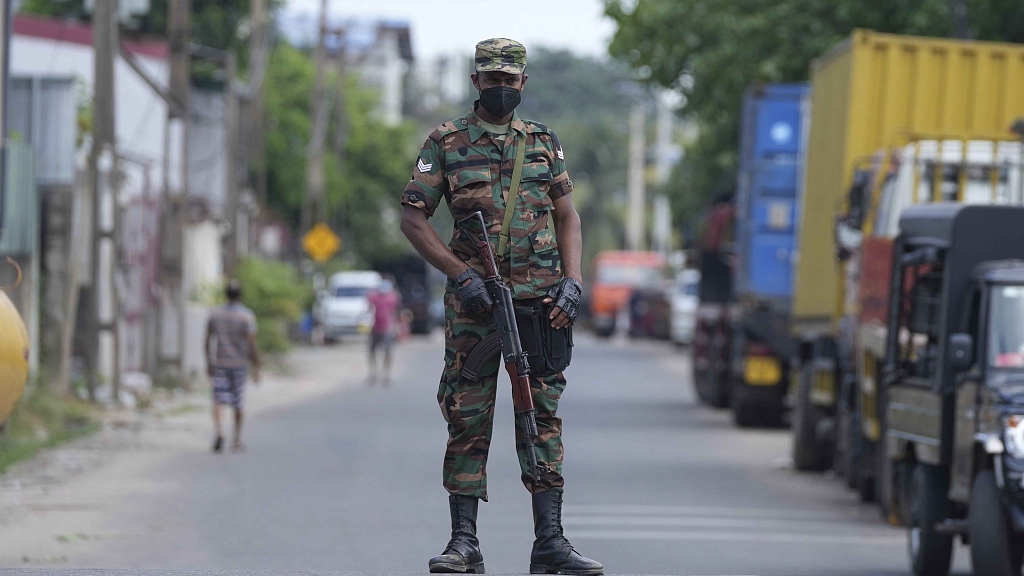 The country's main exports of tea, garments and rubber also suffered greatly due to a decline in commodity prices. Tourism, which had brought in 12.6 percent of the country's roughly $81 billion GDP, had completely dried up. Another seemingly harmless move (and campaign promise) was the move to make Sri Lanka a hub of organic farming, which President Gotabaya Rajapaksa made good last year by enacting a national ban on the import of synthetic fertilizer and pesticides and ordering 2 million farmers in the country to go organic virtually overnight. This resulted in sinking yields. The country had long been self-reliant on rice production, but now had to import $450 million worth of rice as domestic prices for this island staple went up 50 percent.

The move also affected the mainstay of the country's export, tea. It did paint a sad state of affairs with regard to the use of chemicals in crops, but that's beside the story, what happened was tea production tanked. Now, faced with angry farmers, the government had to partially lift the ban for key crops including tea, coconut and rubber. It also had to pay out nearly $349 million as compensation and subsidies to farmers who faced losses. The farmers did not relent claiming that the payments were not enough to cover their losses.

Then came the Ukraine crisis, sending global fuel prices soaring, and for a country that imports its entire fuel needs, payments became difficult. Power blackouts and long queues for fuel became the norm in the island nation. Medicines, food and fuel became scarce. Add to this is the country's growing external debt, which is now around 120 percent of GDP.

A state of emergency came into effect April 1 after people gathered outside the president's home and in anger set fire to public property. CGTN asked Paikiasothy Saravanamuttu, executive director of Colombo's Center for Policy Alternatives, what the way forward could be. He said the following needs to happen: Firstly, the Rajapaksas need to heed the demand of the people on the streets. Secondly, Parliament needs to take over. Thirdly, We need to go for debt restructuring with the IMF. And lastly, longer time reforms like getting rid of loss-making state-owned enterprises and reform of the tax system need to be introduced without delay.

On April 4, three out of the five members of the Rajapaksa family resigned from their cabinet posts. Parliament is scheduled to convene its first session since a state of emergency was imposed. What steps will be taken to get people off the streets? The ball seems to be back in the hands of President Gotabaya Rajapaksa and his brother Prime Minister Mahinda Rajapaksa.