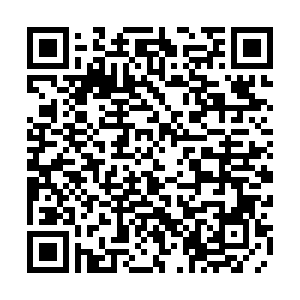 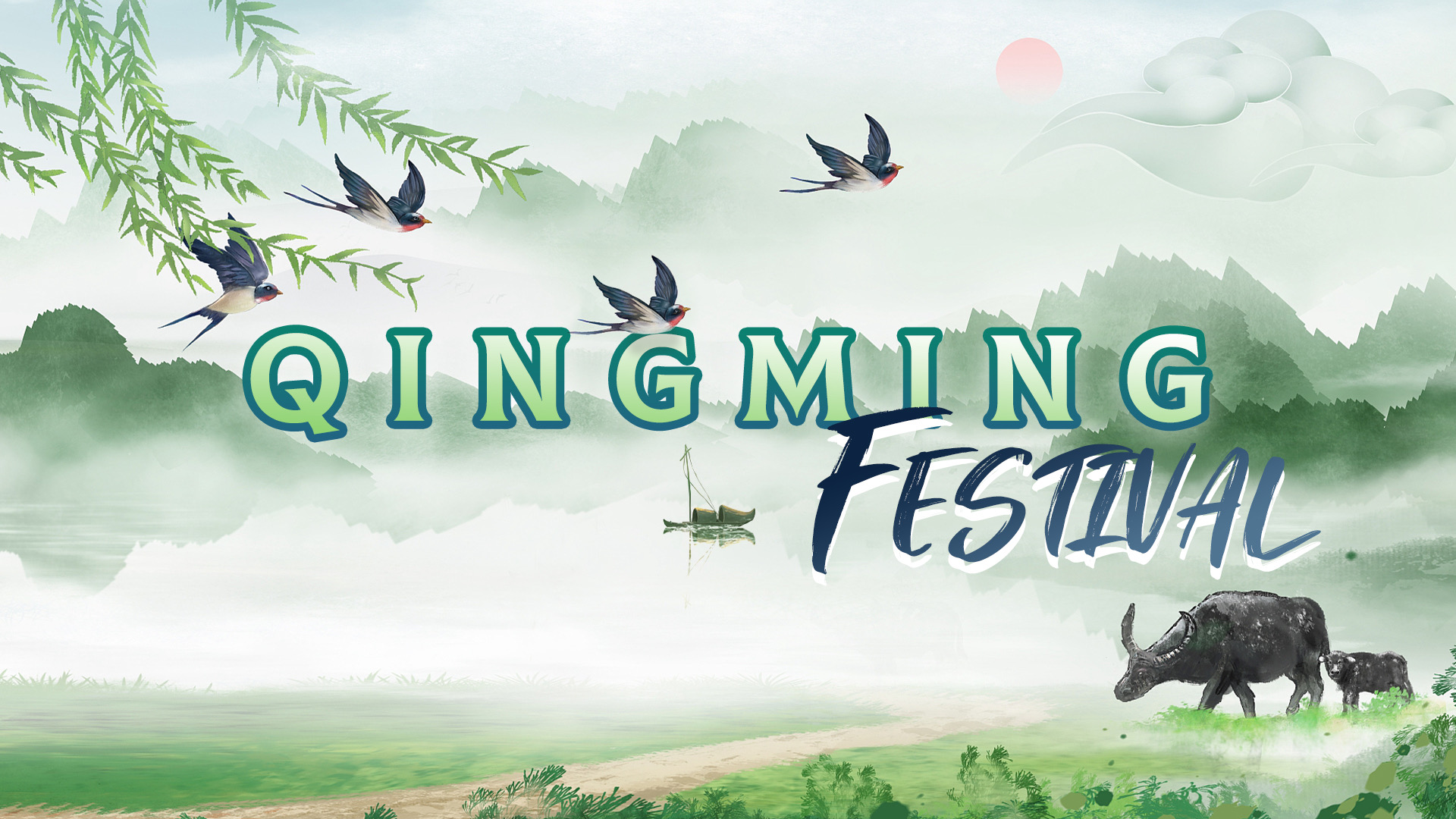 Qingming Festival falls on the first day of the fifth solar terms in the Chinese traditional calendar, which falls on April 5 this year. It's both a natural solar term and a traditional festival when people usually have outings in spring, sweep graves and pray to relatives and ancestors who have passed away.

The festival is also known as the Tomb-sweeping Day or Cold Food Festival, not just because of its long tomb-sweeping tradition, but it also has to do with the origin of the festival. 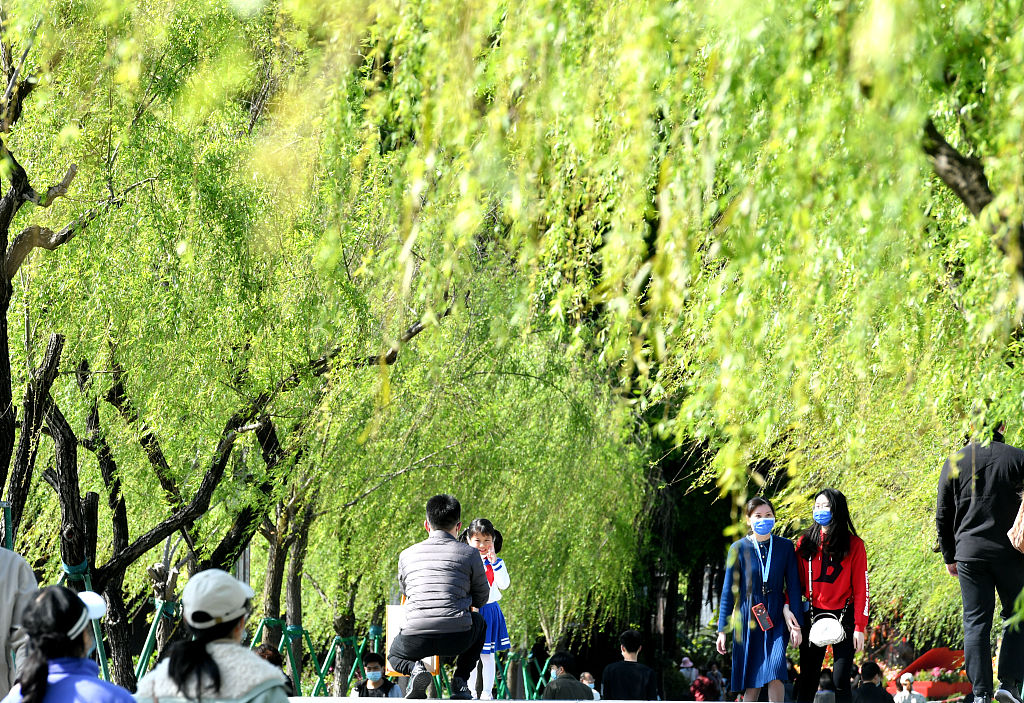 Legend has it that a famous minster in the Spring and Autumn period (770-476 BC): Duke Wen of Jin was exiled to other states to avoid political persecution in his childhood. Jie Zitui was Wen's loyal courtier at that time. Many years later, Wen successfully returned to his state and became the emperor. He rewarded his courtiers but forgot Jie Zitui. Instead of asking for rewards, Jie locked himself up in a remote mountain silently.

Later on, Wen felt ashamed for forgetting Jie Zitui, so he went to the mountain to find Jie Zitui, but Jie refused to see him. Wen persuaded Jie to see him in various ways, but ultimately failed and accidentally led to Jie's death. Wen was full of regret and set up the day Jie passed away as "Cold Food Festival" in memory of his former loyal attendant.

On that day, people are forbidden from lighting fires and could only eat cold food as to pay respects. It was one or two days before Qingming Festival, the two festivals gradually become one from ancient times to the present. 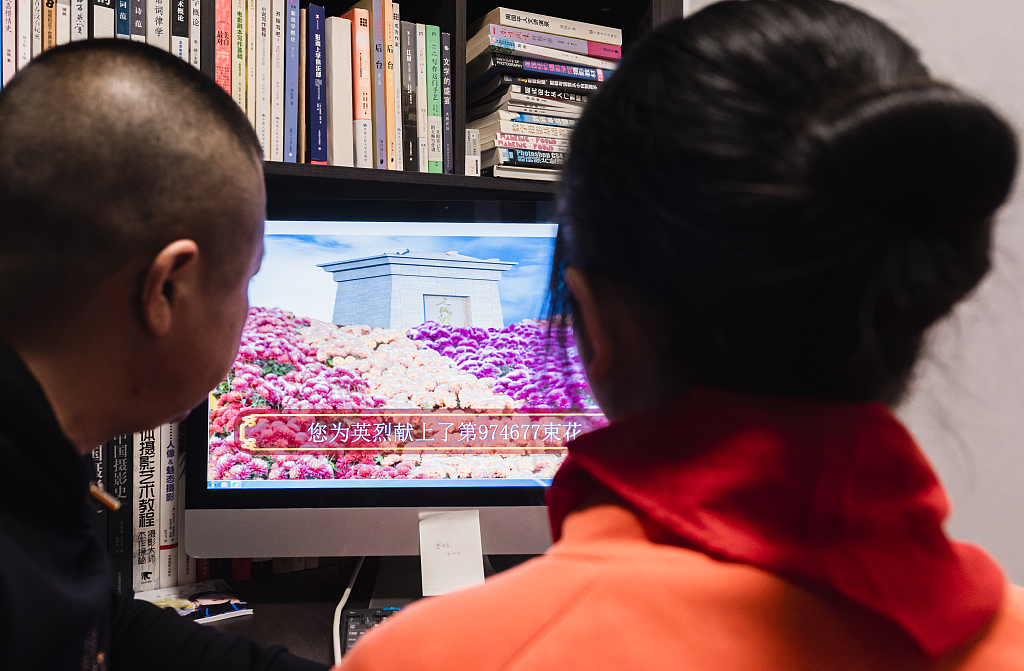 A primary school student conducts an online mourning under the guidance of her parent in Chengdu in southwest China's Sichuan Province, April 5, 2022. /CFP

A primary school student conducts an online mourning under the guidance of her parent in Chengdu in southwest China's Sichuan Province, April 5, 2022. /CFP

Apart from tomb sweeping, incense is burnt and paper offerings along with a spring outing with families and friends is among the most popular festival customs, as nature turns green and the weather gets warm. However, some people chose a new way to spend the festival due to the COVID-19 pandemic prevention and control measures.

On April 3, the first day of Qingming Festival holiday, 6.95 million people nationwide participated in digital mourning, 275.7 percent more than the same period last year, according to China's Ministry of Civil Affairs. The festival has seen the rise of online rituals in China, which further developed a virtual space for the departed.