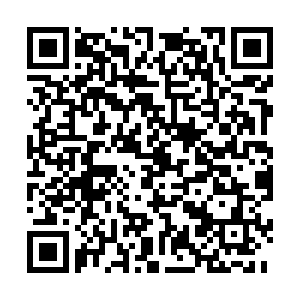 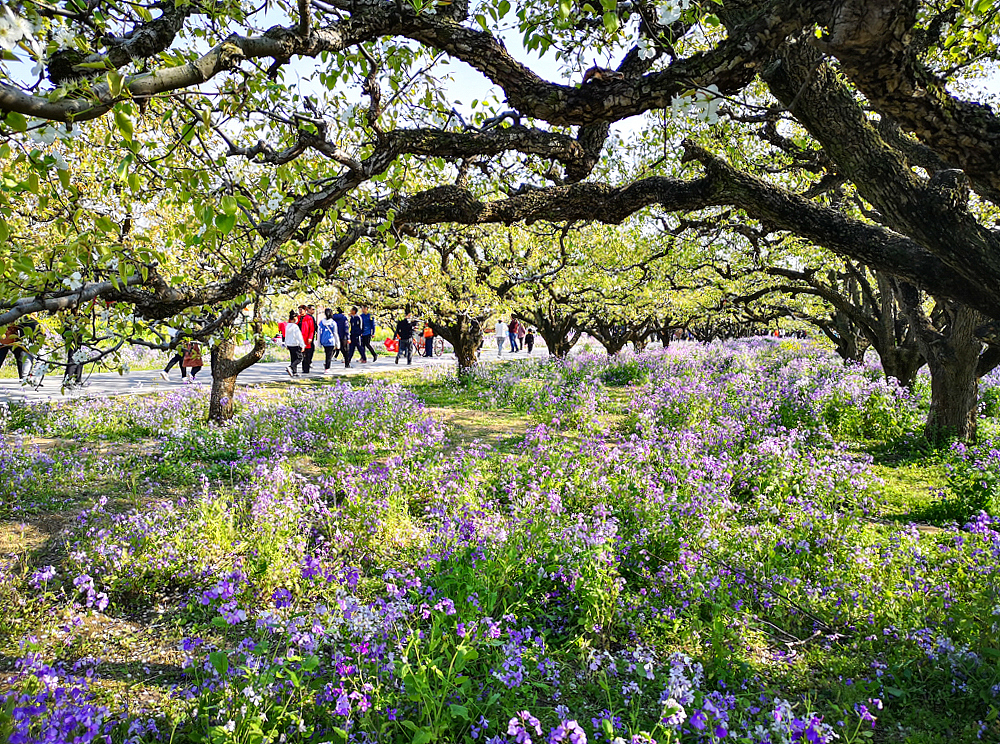 The recent rise of COVID-19 cases in China weighed down the domestic tourism sector during the Qingming Festival holiday that concluded Tuesday. A total of 75.41 million domestic tourist trips were made across the country, with a year-on-year drop of 26.2 percent, according to the Ministry of Culture and Tourism. The total tourism revenue reached 18.78 billion yuan ($2.95 billion), a decrease of 30.9 percent from last year.

The ministry said the total tourist number and revenue during this year's three day holiday showed a recovery rate of 68 percent and 39.2 percent, respectively, compared to the pre-pandemic level of 2019. 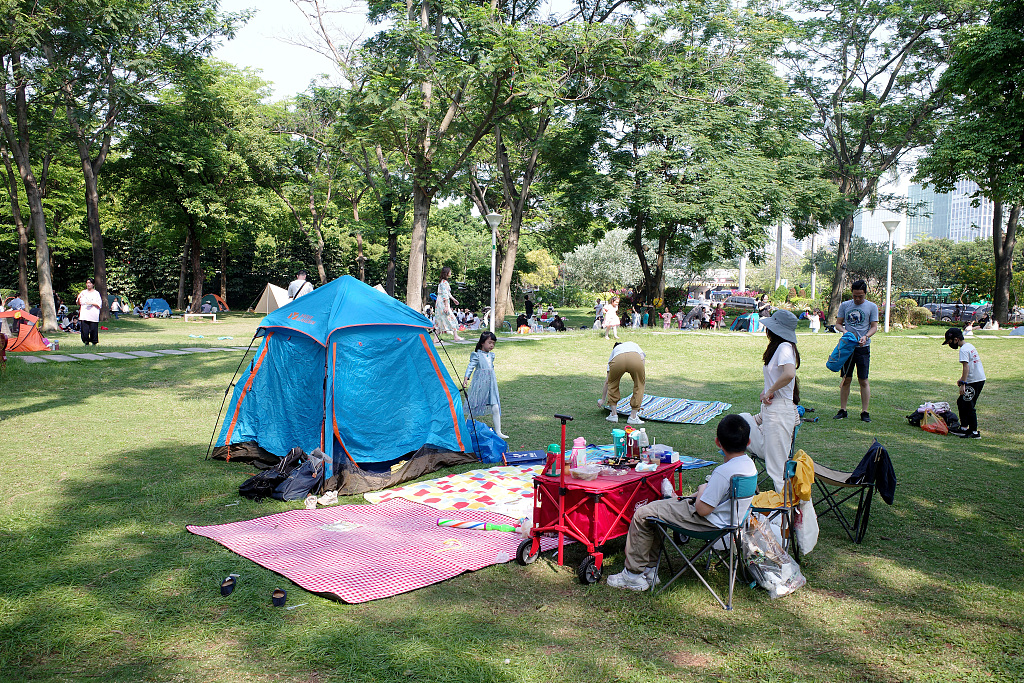 Due to the COVID-19 flare-up, traveling to other cities and provinces during the holiday was discouraged by the Chinese authorities. Data from the ministry showed that 94.9 percent of the tourists opted for short trips within the province. 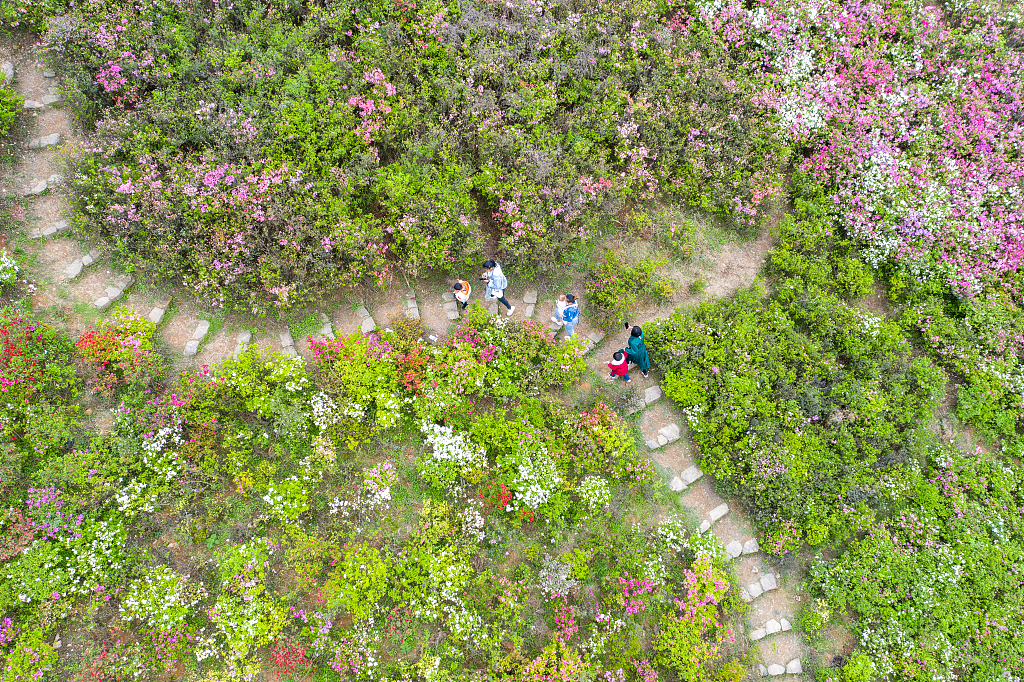 Outdoor goers were predominantly sought after by domestic tourists, such as going on a spring outing to enjoy the blossoms and camping. Ctrip, the country's major online travel agency, said the searches for the flower-viewing scenic spots and camping sites on its platform rose sharply before and during the holiday.

In addition, memorial halls and historical sites were also on the list of popular destinations for Chinese people to learn the history and pay tribute to revolutionary martyrs. 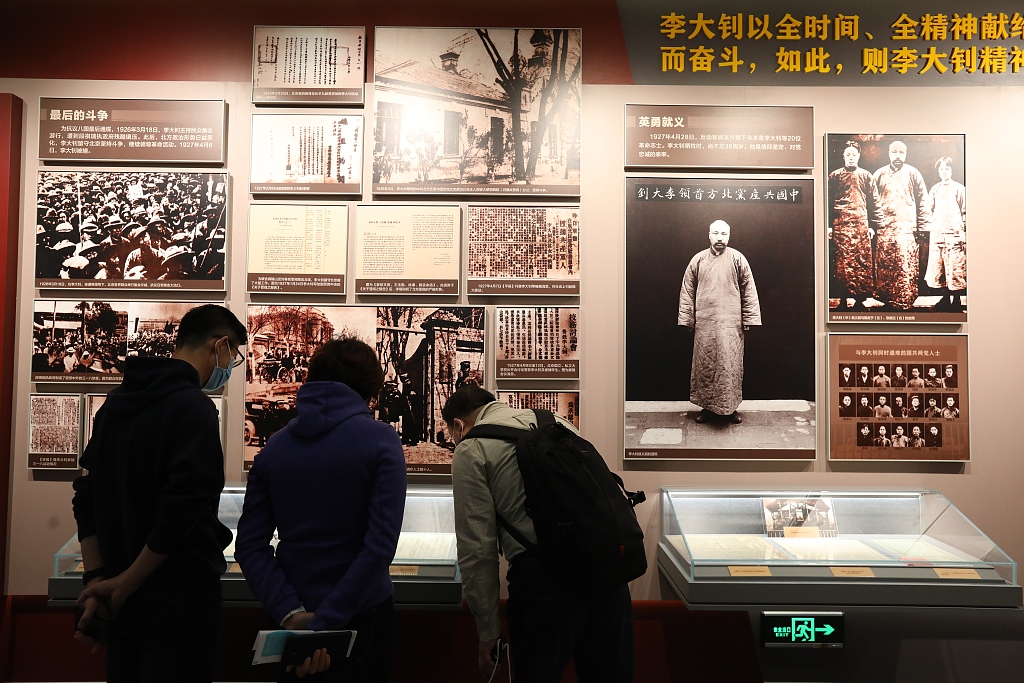 An exhibition on the life of Li Dazhao, a pioneer of the Communist Party of China, in Beijing, April 5, 2022. /CFP

An exhibition on the life of Li Dazhao, a pioneer of the Communist Party of China, in Beijing, April 5, 2022. /CFP

The western part of the country, which was less affected by the current epidemic, reported a faster tourism recovery, according to Ctrip, with the cities of Chongqing, Xi'an, Kunming, Urumqi and Guiyang among the top destinations.

Qingming Festival, also known as Tomb-Sweeping Day, is a traditional occasion for Chinese people to pay tribute to the deceased ones. It falls on the first day of the fifth solar terms in the Chinese traditional calendar, which was April 5 this year.