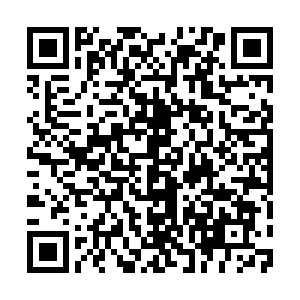 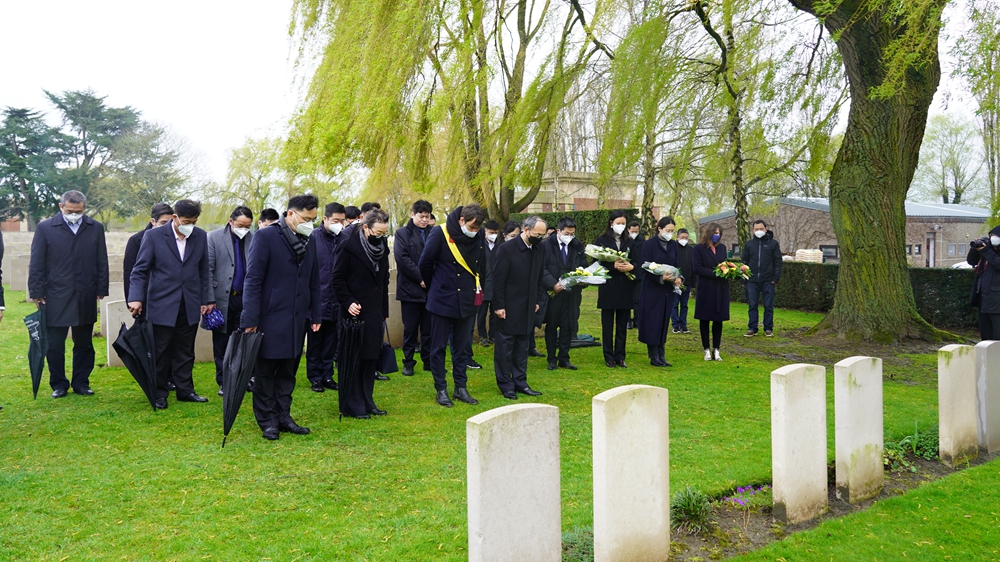 Chinese diplomats and Belgian officials pay tribute to the Chinese workers who fought and died during World War I, in Poperinge, Belgium, April 5, 2022. /Chinese Embassy in Belgium

Chinese diplomats and Belgian officials pay tribute to the Chinese workers who fought and died during World War I, in Poperinge, Belgium, April 5, 2022. /Chinese Embassy in Belgium

Over a century ago, many young Chinese people were recruited to help the United Kingdom and France during World War I, but many of them lost their lives and never returned to their homeland.

Chinese diplomats and Belgian officials on Tuesday paid tribute to the Chinese workers who fought and died during the war in a ceremony in Poperinge, Belgium, next to the French border.

"Their stories are not as widely shared as in war movies, but they are an extremely precious memory for the city of Poperinge. The people of Poperinge will never forget the contribution of Chinese laborers," said Bryan Vanderhaeghe, deputy mayor of the city.

Wreaths and flowers were laid in front of a monument built in 2017 to commemorate the 13 Chinese laborers who were killed in an attack by German troops who bombed the village of Busseboom, 2 kilometers from Poperinge.

This is a time to pay tribute to deceased workers and also an opportunity to declare friendship and reflect on the future of Sino-Belgian relations, said Chinese Ambassador to Belgium Cao Zhongming.

"China will work with all countries in the world, including Belgium, to jointly promote the building of a community with a shared future for mankind and a world of peace, tranquility, prosperity and development," Cao said.

During World War I, 12,000 Chinese laborers came to the Poperinge area to help with cargo handling, road construction and ammunition handling, according to Vanderhaeghe.

From 1916, more than 140,000 Chinese people, aged 20 to 35, were recruited by the United Kingdom and France to perform support work for their military forces on the western front, where they labored in the rear echelons or helped build munitions depots.