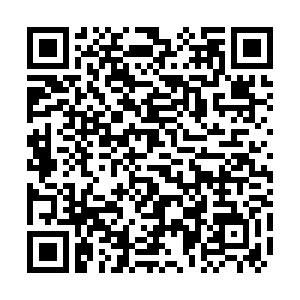 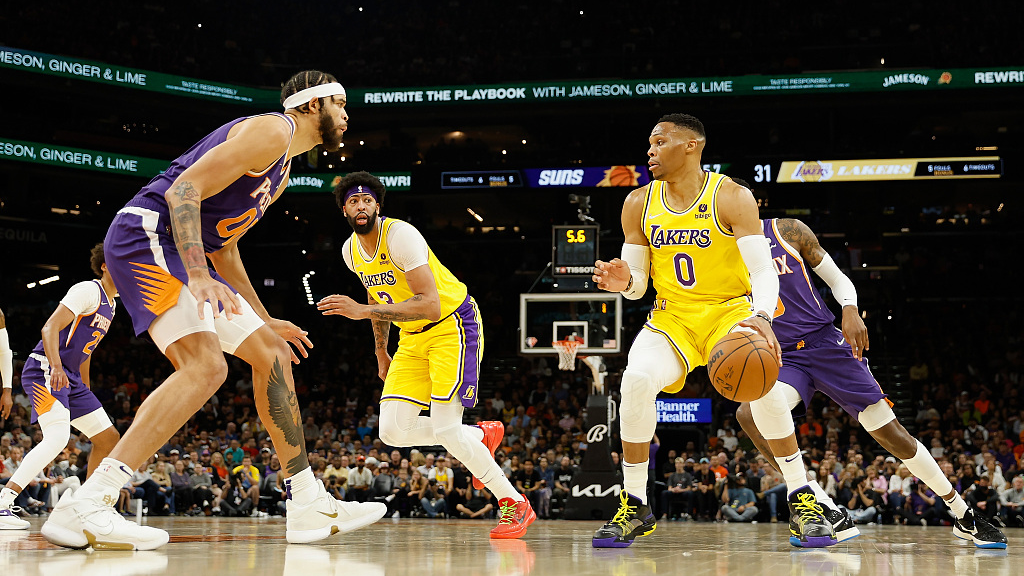 Players of Los Angeles Lakers and Phoenix Suns in action during an NBA match in Phoenix, Arizona, U.S., April 5, 2022. /CFP

Players of Los Angeles Lakers and Phoenix Suns in action during an NBA match in Phoenix, Arizona, U.S., April 5, 2022. /CFP

The Los Angeles Lakers failed to make it to the NBA playoffs after losing to the Phoenix Suns 121-110 on Tuesday.

The Lakers were missing LeBron James due to an ankle injury, and suffered their seventh straight loss, eliminating James from the playoffs for the fourth time in his 19-season career.

The away loss in Phoenix, coupled with the San Antonio Spurs' victory over the Denver Nuggets, officially denied the Lakers from entering the play-in contention with three games remaining.

"Tonight is unbelievably special for so many people," Suns coach Monty Williams said. "Not just the organization, but the people in the city, who have basically birthed the Suns. Everywhere I go, people say the Suns are their baby."

As one of the best teams in the league, the Suns are now leading the standings with 63 wins, whereas Lakers coach Frank Vogel said he was "extremely disappointed."

"I can say it has not been due to lack of effort. We have all put in the work. Our guys stayed fighting right until the end. We brought integrity to the process. We just fell short though a disjointed season."

The Lakers' hope to enter the play-in tournament was still alive going into halftime, as the Suns led by only 5 points, 63-58. As the Suns jumped to an 84-65 advantage just six minutes into the third quarter, the Lakers, whose roster includes names such as Anthony Davis, Russell Westbrook, Carmelo Anthony and Dwight Howard, couldn't manage to reverse the game.