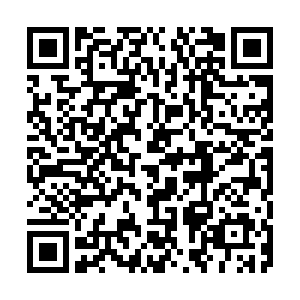 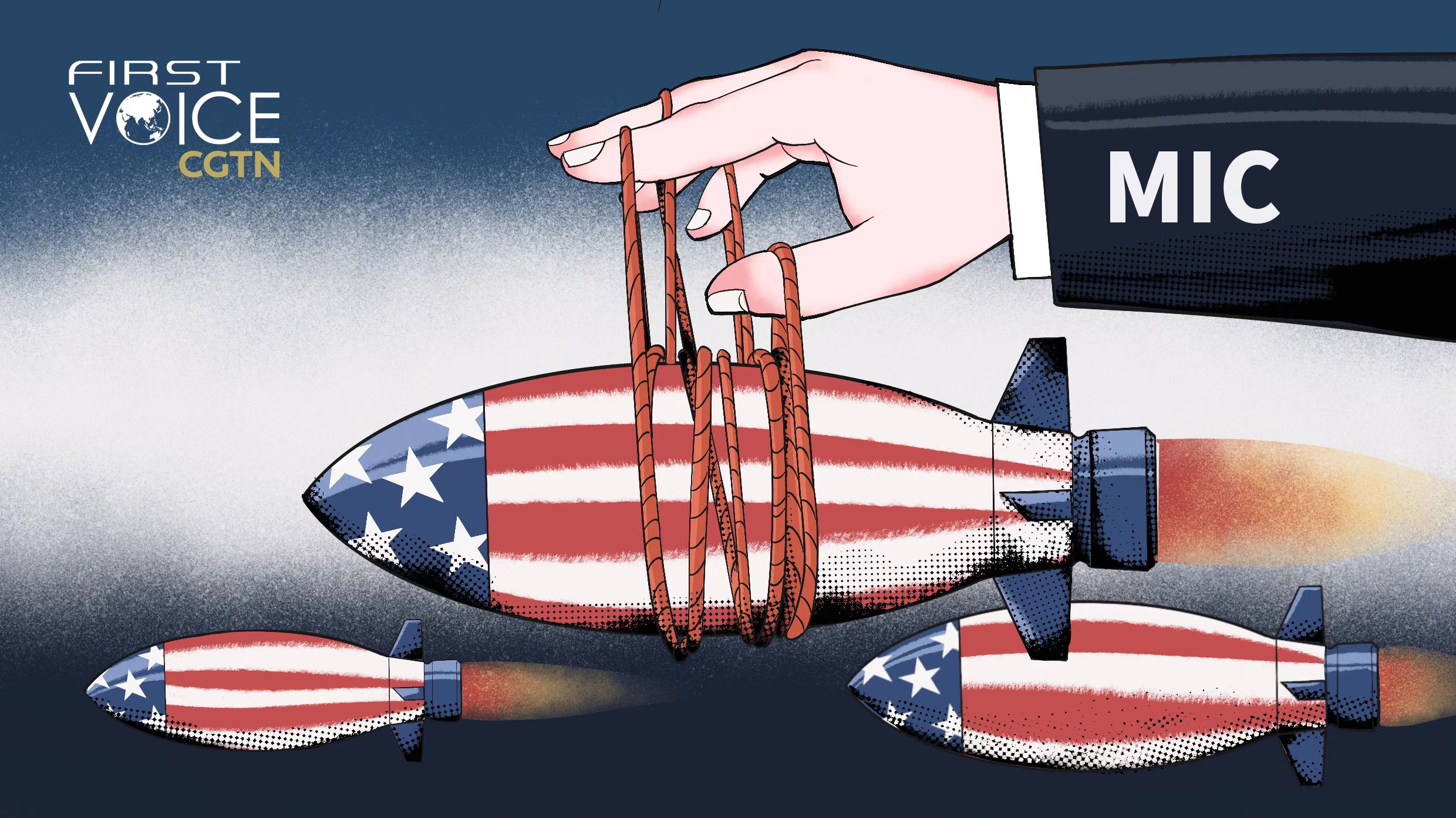 Having repeatedly hyped China's testing of "an orbital hypersonic missile capable of carrying a nuclear warhead," the U.S., according to CNN, successfully launched its Hypersonic Air-breathing Weapon Concept in mid-March but kept the news quiet for two weeks.

Exaggerating perceived "threats" from rivals is an old tactic of Washington to manufacture support for its policies and satisfy the interests of the military-industrial complex.

Since last year, Washington-led Western countries have been straining every effort in whipping up China's "military fear" – by deliberate leaks of the country's military growth in newspapers. The Financial Times (FT), for instance, published a "detailed" article on China's test of "a nuclear-capable hypersonic missile."

Despite China's denial that such a test had ever taken place and clarification that it had only tested a reusable orbital space vehicle that had no military implications, American elites, since the publication of the FT report, have repeatedly touted the idea that their country is falling behind rivals on military technologies considered critical for the future.

"The U.S. cannot lag in this development or allow for blind spots as we monitor the progress of our competitors," Senator Angus King of Maine was quoted as saying. "The implications of these weapons under development by China or Russia could be catastrophic."

"We are at least several years behind (China on hypersonic weapons)," Raytheon Technologies Corp. CEO Gregory Hayes weighed in, showing his skill in selling anxiety.

Their concerns, with no suspense, were followed by Washington's passage of the fiscal 2023 defense budget that sees the Biden administration calling for $7.2 billion for long-range fires to address the "pacing challenge from China." The Government Accountability Office estimates that America's efforts to develop hypersonic weapons will cost nearly $15 billion between 2015 and 2024. Months after the FT's open incitement regarding China's new space capability, the U.S. silently tested a hypersonic missile. 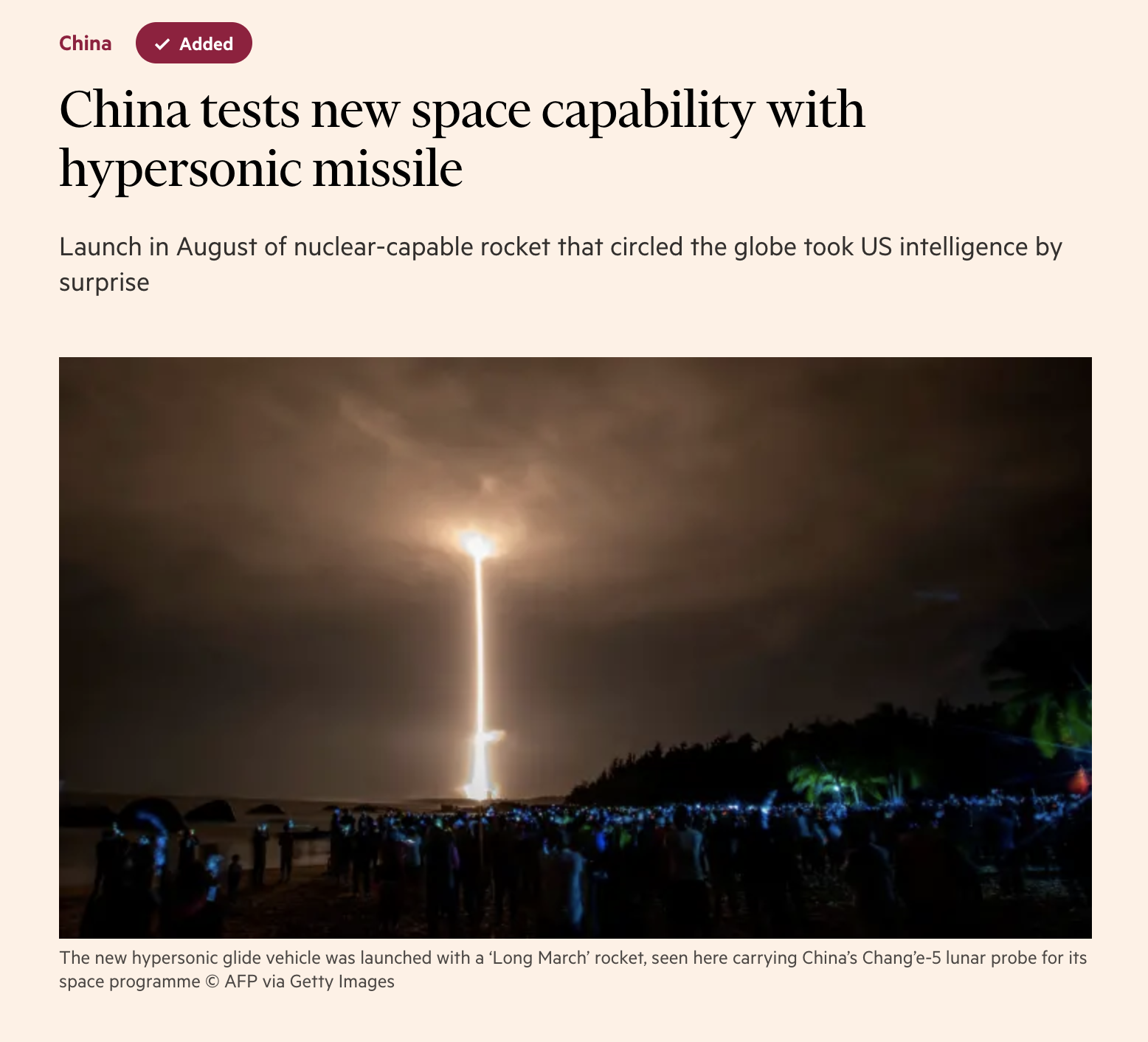 The U.S. administration has been adept at building "threat perception" and weaponizing public fear to attain political goals, such as support for increased defense spending and military research and the upkeep of the military-industrial complex.

It's no secret that American politics and economy are tied to the super chariot of the military-industrial status quo. As a military power with the world's most advanced equipment and technologies, the U.S. sees the military industry as a primary driving force behind its economic growth. It needs external stimulants – for instance, the "China threat" – to motivate economic systems, unite policymakers with divergent views, and instill momentum in national development.

In addition, Washington's policymaking is a tool of the military-industrial complex to seek profits. Admittedly, policymakers are voted into Congress by the public. But American defense contractors, by funding members of Congress, have gained tremendous influence in policymaking. It's not unusual to see the military-industrial complex, via funding of Senators, influencing media groups and infiltrating academia and wooing public support and resources to manufacture weapons – not to keep the peace but to selfishly reap ever more income.

Raytheon CEO Gregory Hayes' remarks on China's test of "a nuclear-capable hypersonic missile" are not intended to safeguard America's national security but to secure more money for his company. Any country that the U.S. deems its rival could be packaged into a "threat" that requires a larger defense budget.

It may hype the "China threat," but the super chariot of the military-industrial complex in the U.S. is the real menace.