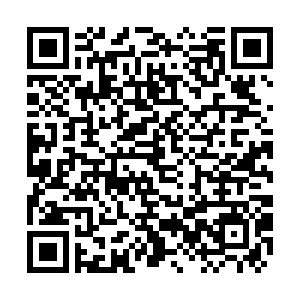 On Friday, China honored 148 units and 148 individuals, including one awarded posthumously, for their outstanding contributions to the Beijing Olympic and Paralympic Winter Games.

Despite daunting challenges posed by the emergence of the Omicron variant, Beijing 2022 proved to be a resounding success that exceeded all expectations. The hosts impressed the world with their meticulous organization of two showpiece events and China shone with hugely brilliant performances by its athletes.

CGTN combed through the list of honorees to find out who embodied the values of the Games and were fundamental to the success of the sporting spectacles this winter. 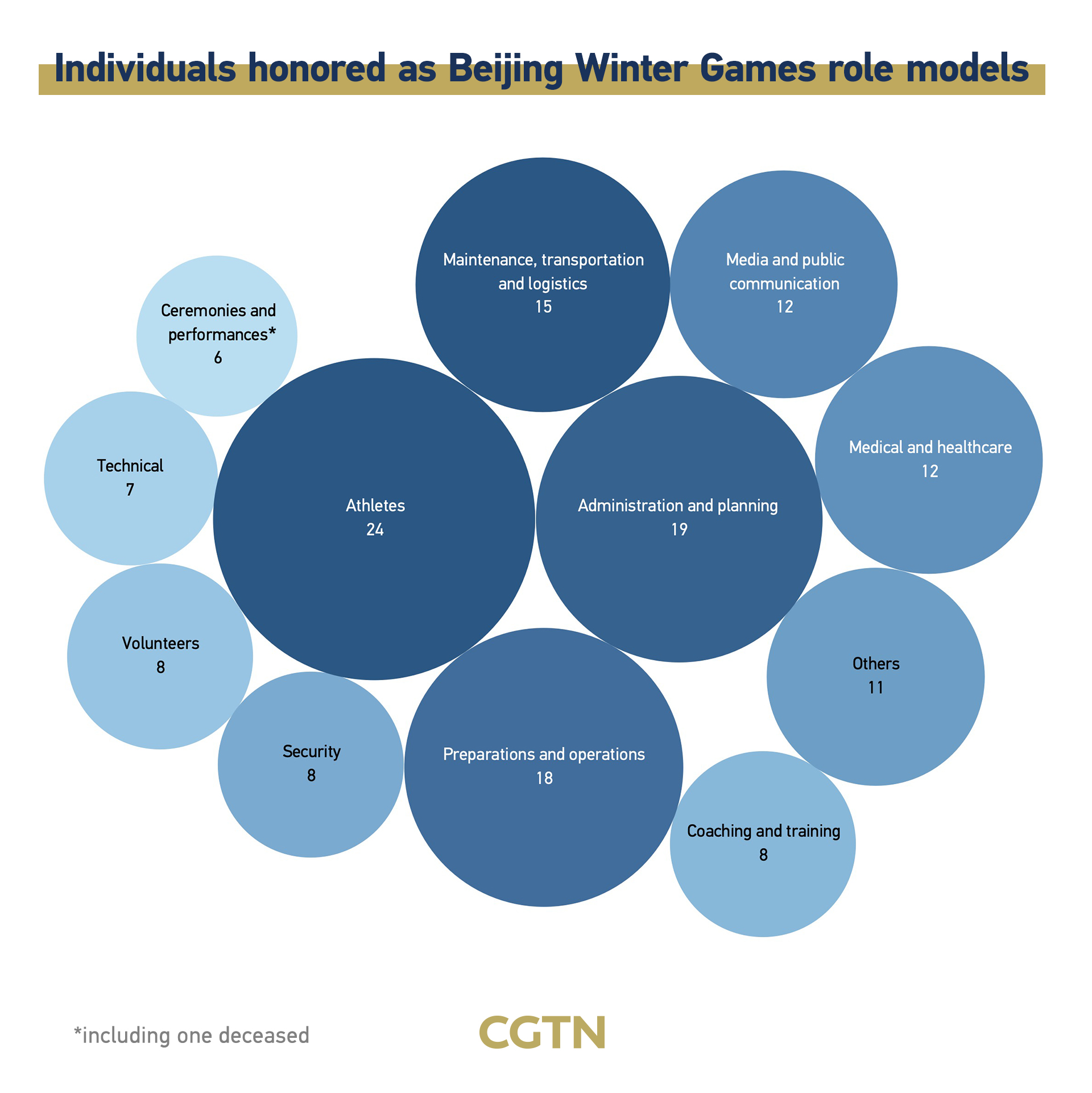 As Team China recorded their best ever display at both the Olympic and Paralympic Winter Games, 24 athletes were recognized following their achievements at home.

Gu Ailing is among the big names featured having become the only freestyle skier to win three medals at a single Olympic Games. Cross-country skier Yang Hongqiong, crowned as China's most decorated Winter Paralympian after bagging three gold medals in Beijing, was also included.

Meanwhile, eight volunteers were commended for making the Beijing 2022 an unforgettable experience for everyone involved. According to organizers, over 18,000 volunteers, who were hand-picked from more than one million applicants, have given up their time to perform a wide variety of roles in Beijing – whether offering translation services, helping out at the venues, or working in the medical support teams.

The honors were also given to eight members of Team China's coaching and training staff, 18 professionals who were in charge of the preparations and operations of the Games, 19 specialists who performed administrative and planning tasks and 15 experts who oversaw the events' maintenance, transportation and logistics.

Other individuals awarded include 12 medical and healthcare workers, 12 media and public communication old hands, eight security officers, seven technical personnel, six mavens who presided over ceremonies and performances and 11 support staff who were seen as essential to the smooth running of the Games. 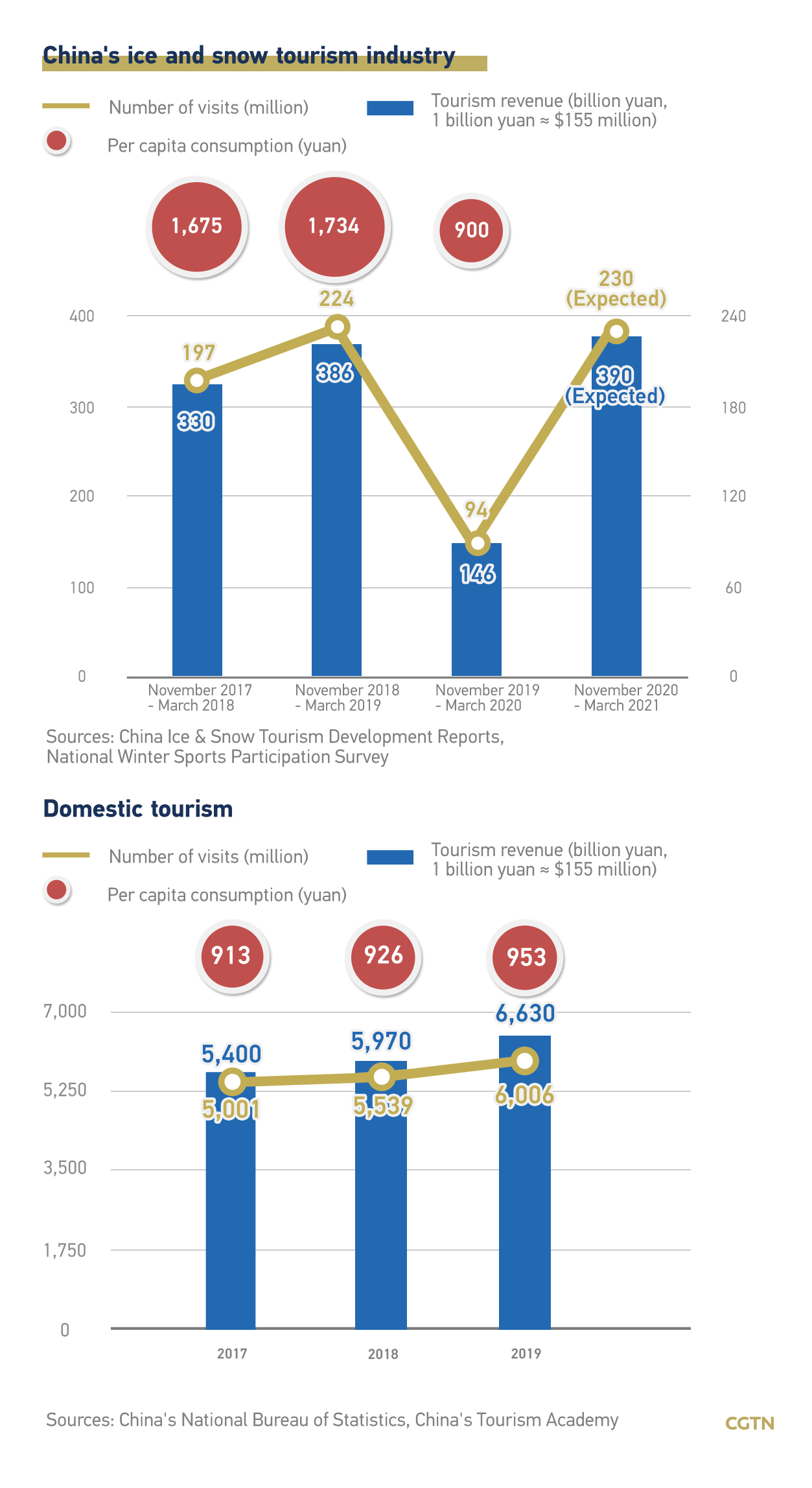 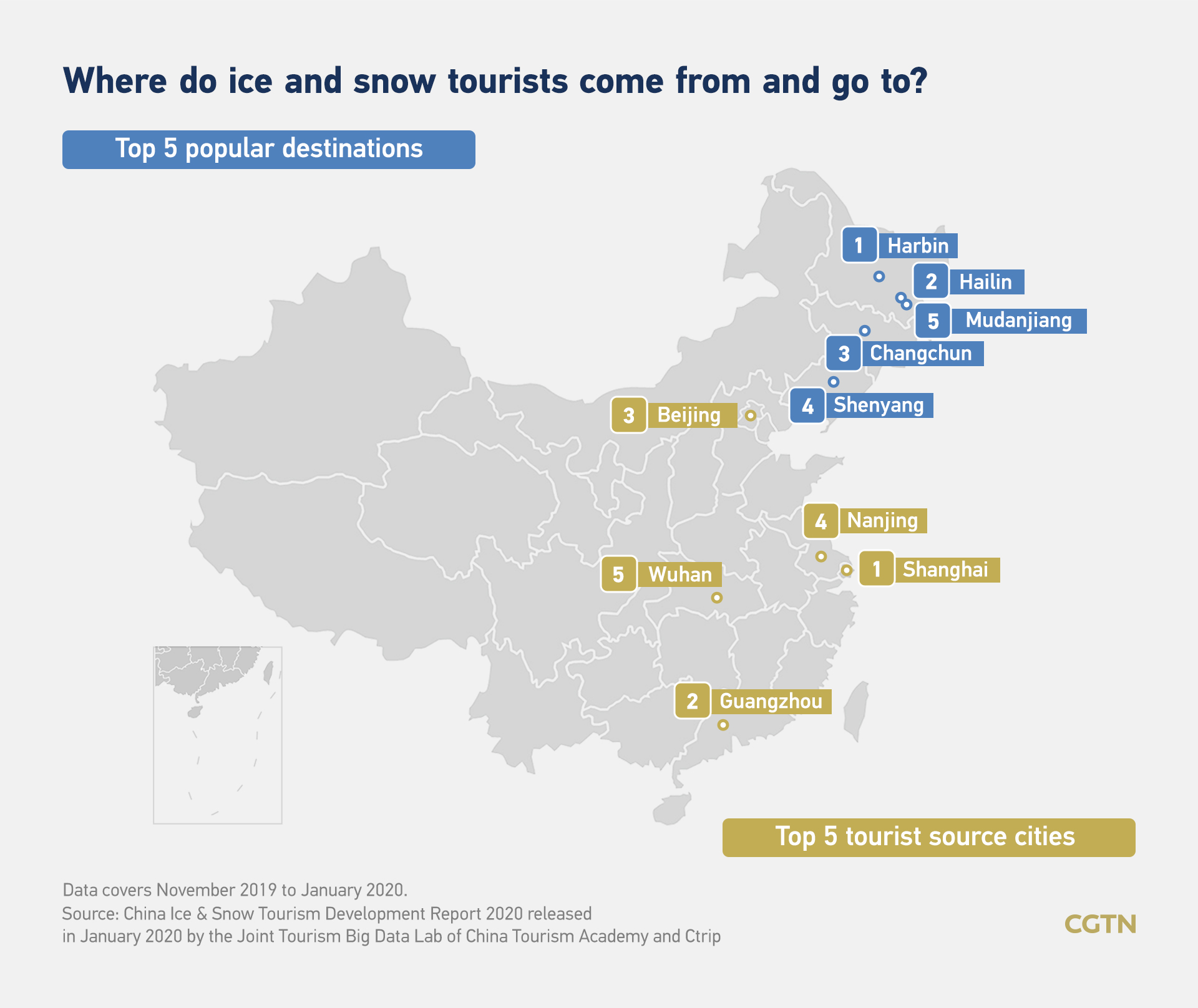 Chart of the day: Winter sports, a trending lifestyle in China