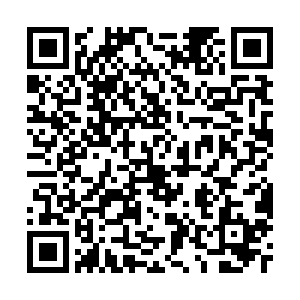 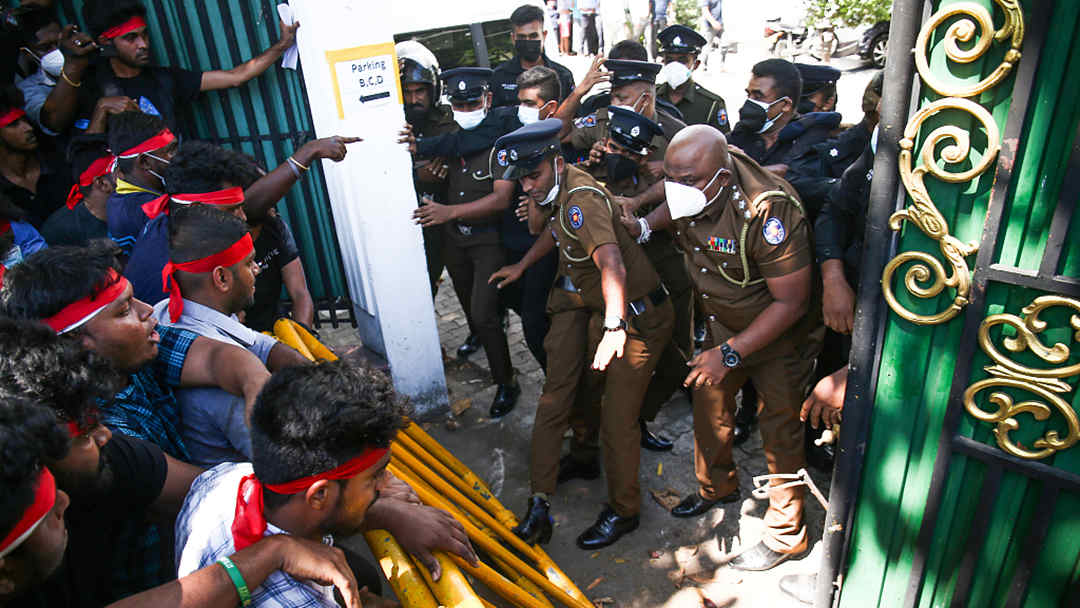 Medical students clash with police officers during a protest against education problems and a deepening economic crisis, in Colombo, Sri Lanka, April 6, 2022. /CFP

Medical students clash with police officers during a protest against education problems and a deepening economic crisis, in Colombo, Sri Lanka, April 6, 2022. /CFP

Sri Lanka's president has appointed a panel of experts to organize restructuring foreign debt as he seeks a way out of a worsening economic crisis, with protests demanding his resignation escalating.

Shortages of food and fuel, along with record inflation and regular blackouts, have inflicted unprecedented misery on Sri Lankans in the most painful downturn since independence from Britain in 1948.

Ratings agencies have warned of a potential default on the nation's $51 billion foreign debt, with authorities unable to secure more commercial loans because of credit downgrades.

President Gotabaya Rajapaksa's office said late Wednesday that a three-member advisory panel had been tasked with guiding Sri Lanka through a "sustainable and inclusive recovery."

The government is preparing for bailout negotiations with the International Monetary Fund, and finance ministry officials told AFP the trio will prepare a program for sovereign bond holders and other creditors to take a haircut.

"What Sri Lanka is keen to do is avoid a hard default," a source from the ministry who requested anonymity, told AFP.

"It will be a negotiated restructuring of the debt with the help of the IMF."

Parliamentary Speaker Mahinda Yapa Abeywardana warned Wednesday that the economic crisis could lead to starvation unless addressed within the week.

Meetings with the IMF are set to begin by next week but Finance Minister Basil Rajapaksa – the president's brother – resigned on Sunday night along with nearly the entire cabinet.

Public anger is at fever pitch, with crowds attempting to storm the homes of several government figures and demanding President Rajapaksa's resignation.

On Thursday a court in Colombo slapped a travel ban on the country's recently resigned central bank chief over allegations he was responsible for the country's predicament by not seeking IMF help earlier.

Ajith Cabraal, who quit Monday, was told to appear in court on April 18 to answer allegations of a criminal breach of trust.

Rights activist Keerthi Tennakoon has filed a petition with the court alleging the current shortages are due to Cabraal's mismanagement of Sri Lanka's foreign reserves.

Court proceedings were briefly held up when the power went off.

Local media have reported that protests are escalating, with civil servants and schoolchildren joining demonstrations organised largely through social media.

In an apparent bid to head off more protests, the government on Thursday declared extra public holidays for next week to coincide with the traditional Sinhalese and Tamil New Year.

Security forces have dispersed some protests with tear gas, water cannon and rubber bullets, and dozens of people have been arrested, with many saying they were tortured in police custody.

Opposition parties have rejected an overture from the president to form a unity administration and joined calls for him to step down.

But chief government whip Johnston Fernando reiterated Thursday that Rajapaksa would stay in office to lead the country out of the crisis.

Rajapaksa attended parliament Thursday but did not address the chamber, where he has lost his majority.

There has so far been no clear signal that opposition legislators will attempt a no-confidence motion to topple the administration.

Economists say the crisis has been exacerbated by government mismanagement, years of accumulated borrowing and ill-advised tax cuts.