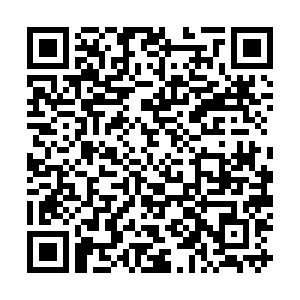 The two sides mainly exchanged views on the Ukraine issue.

Bonne said France has always adhered to an independent foreign policy and will not participate in bloc politics.

The diplomatic counselor said he had always committed France to creating and maintaining peace, and was communicating with various parties including Russia on major issues such as Ukraine achieving neutrality and obtaining security guarantees.

France attaches great importance to China's views on the current situation, and is ready to make joint efforts with China to promote peace talks, realize a ceasefire and resolve the crisis, said Bonne.

Wang said that Chinese President Xi Jinping has held many phone conversations with President Macron and leaders of other countries, and comprehensively expounded China's principled position on the Ukraine issue.

China looks forward to an early ceasefire and the restoration of peace, and has been making unremitting efforts to this end in its own way, the foreign minister added. He said China believes all parties should work to create the necessary environment and conditions for advancing peace talks, facilitating peace and negotiations instead of fanning flames.

Wang said the Ukraine issue has its roots in Europe's security imbalance, adding that the principle of indivisible security should be adhered to, and a balanced, effective and sustainable European security framework should be rebuilt. Only by doing so can Europe truly achieve lasting peace and stability, he said.

Both sides said they were deeply concerned about the spillover effects of the Ukraine crisis.

Bonne also set out France's initiative on tackling the global food security crisis and expressed the hope of strengthening coordination between the two sides in the Group of 20 (G20), the UN Food and Agriculture Organization and other multilateral mechanisms.

Wang said the international community should speak with one voice to jointly deal with the global food shortage and the humanitarian crisis that may result from it.