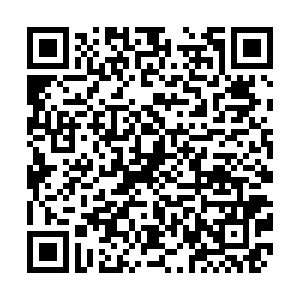 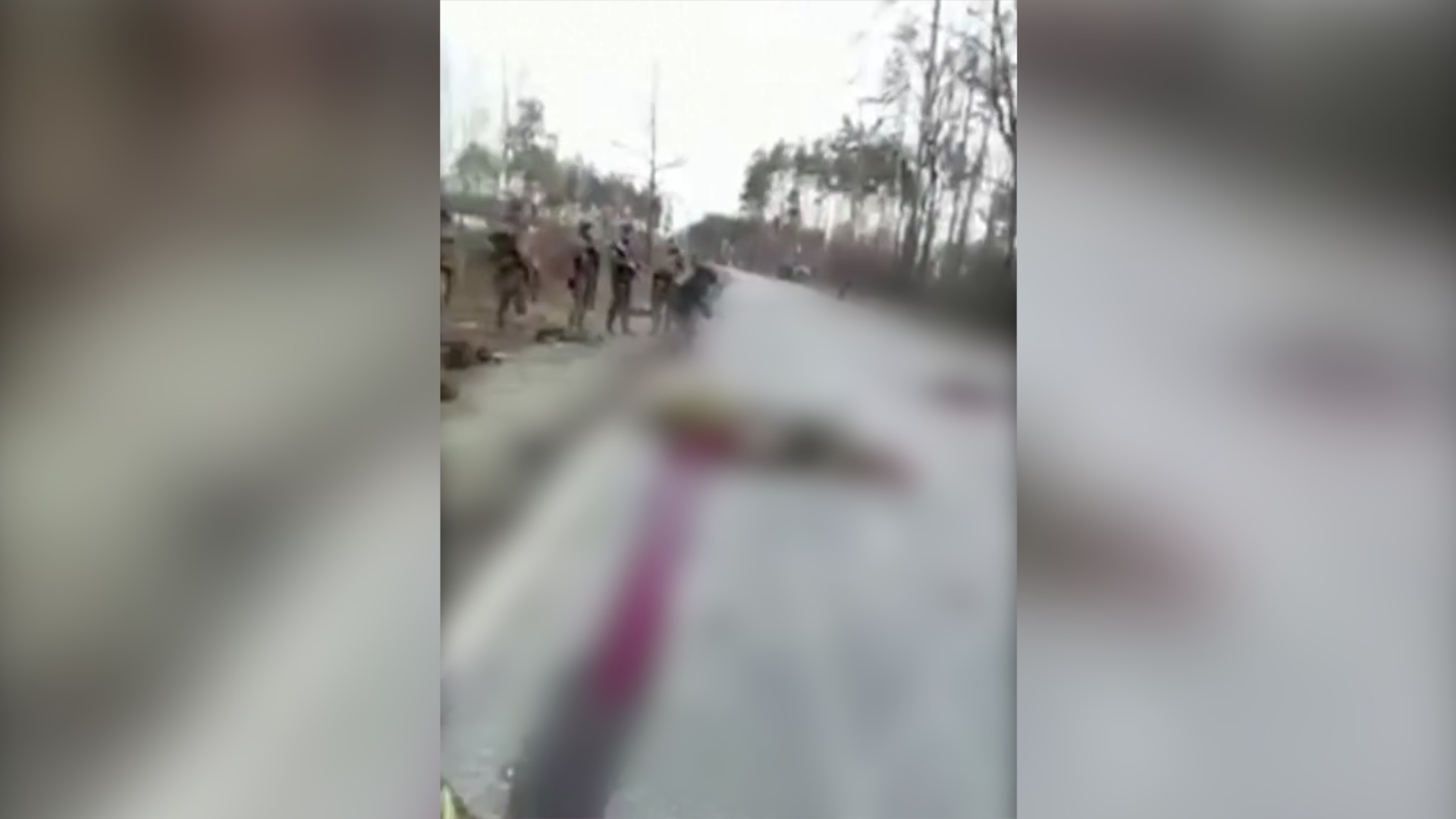 Several men appearing to be Ukrainian soldiers, identifiable by their blue armbands and Ukrainian flag patches, are filmed in the video chatting among themselves as shots are seen fired at a man lying on the pavement.

The man is found near three seemingly dead soldiers, all wearing white armbands used by Russian forces. With a jacket over his head, he is seen gasping and bleeding heavily.

Two shots are then fired at him, but he continues to move. A third shot then follows, which seems to be fatal. "Glory to Ukraine," someone can be heard shouting. "Glory to heroes," another man responds.

One of the other three apparent victims has his hands tied behind his back.

The clip, which several news outlets claimed to have independently verified, has been geolocated to an area west of Ukrainian capital Kyiv. Russia has been scaling back its forces around Kyiv, saying it is shifting the focus of its "special military operation" to the Donbas region in eastern Ukraine.

Bodies of hundreds of civilians have been fund in Bucha, days after Russian forces withdrew from the area, which is also not far from where the video was filmed. Ukraine accuses Russia of committing war crimes in Bucha, a charge denied by Moscow, which said footage of the slain civilians in Bucha was staged.

The date of the purported execution and the identities of all individuals in the video remain unclear.

The video also features what some media outlets have identified as a Russian armored vehicle appearing in the vicinity of the shooting.

Reuters said the apparent Ukrainian troops spoke Russian, which is widely spoken in Ukraine, with at least one having a Caucasian accent and others sounding like they are from southern Russia or areas of eastern Ukraine.

The New York Times, which first reported the video, said some of the people in the video were referred to as "Belgravia lads" by another man, whose voice can be heard in the clip. A neighborhood called Belgravia is located near where the incident took place, according to the Times.

The BBC said it had matched the face of one of them to a Georgian man who has ties to Ukraine via biometric technology. The news service did not reveal the man's identity.

UNIAN, a Ukrainian news agency, released a different video on March 30 that shows the same location as the purported shooting incident. In this video, a man having similar facial features as one of the men captured in the other clip is introduced as a member of the Georgian Legion, a group of volunteers fighting on the Ukrainian side.

When asked about the video that features the alleged killing, Ukrainian Foreign Minister Dmytro Kuleba said he hadn't seen it, but had heard about it.

"I want to reassure you that Ukrainian army observes the rules of warfare," he said. "There might be isolated incidents of the violation of these rules, and they will be definitely investigated."