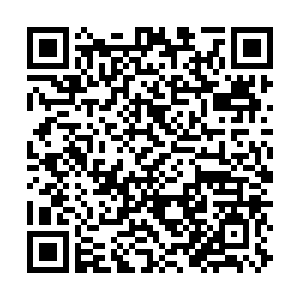 Ukraine is ready for a tough battle with Russian forces amassing in the east of the country, President Volodymyr Zelenskyy said on Saturday as British Prime Minister Boris Johnson offered fresh financial and military support during a surprise visit to Kyiv.

At a meeting in the Ukrainian capital, Johnson told Zelenskyy that Britain would provide armored vehicles and anti-ship missile systems, along with additional support for World Bank loans.

Britain will also continue to ratchet up its sanctions on Russia and move away from using Russian hydrocarbons, he said.

Johnson's visit was not a total surprise considering the UK tradition of muddling up the waters in Europe, according to one Chinese expert.

"The UK, and Boris Johnson in particular, does not want to be seen as sidelined in this episode," said Rong Ying, vice president of the China Institute of International Studies. "They would like to feel relative."

"We have seen in the past few months that he has been mired in political troubles, COVID-19 scandals and other issues," he told CGTN on Sunday. "[Getting into the conflict] would also help him divert attention from these scandals."

The UK prime minister was the latest foreign leader to visit Kyiv after Russian forces pulled back from areas around the capital just over a week ago.

Earlier in the day, the Ukrainian leader met Austrian Chancellor Karl Nehammer in the capital, warning in a joint news conference that while the threat to the capital had receded, it was rising in the east.

"This will be a hard battle, we believe in this fight and our victory. We are ready to simultaneously fight and look for diplomatic ways to put an end to this war," Zelenskyy said.

Ukrainian negotiator Mykhailo Podolyak said Zelenskyy and Russian President Vladimir Putin would not meet until after the country defeated Russia in the east, which would bolster its negotiating position.

Russia's "special military operation" in the country, which began on February 24, has forced around a quarter of the Ukrainian population of 44 million to leave their homes, turned cities into rubble and killed or injured thousands.

Moscow and Kyiv have conducted several rounds of peace talks to seek a political settlement to the ongoing crisis, but achieved no major breakthroughs. Russian officials said recently they hope this will end "in the foreseeable future."

"We do hope that in coming days, in the foreseeable future, this operation will reach its goals or will finish by the negotiations between Russian and Ukrainian delegations," Kremlin Spokesman Dmitry Peskov told Sky News on Friday.