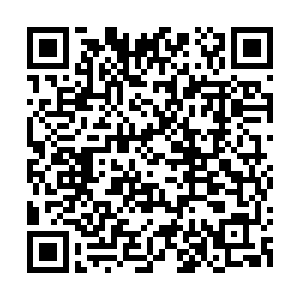 The Office of the Commissioner of the Ministry of Foreign Affairs of China in the Hong Kong Special Administrative Region (HKSAR) on Tuesday opposed the "misleading" comments made by a U.S. government spokesperson about the law enforcement of the HKSAR police.

"We urge the external forces to immediately stop botched and boring political performances," said a spokesperson for the office, noting that Price's comments waded into China's internal affairs.

The spokesperson said lawful rights and freedoms enjoyed by Hong Kong residents, including freedom of speech and the press, are fully protected, but press freedom is never a passport for crimes.

Any activities that undermine national security, the rule of law and public order in the name of "freedom of the press" are an insult to genuine press freedom and will be prosecuted by law, the spokesperson said in a statement.

The spokesperson pointed out that a few outside actors openly pointed a finger at the law enforcement activities of the Hong Kong police and clamored for the release of criminal suspects, which damaged the rule of law and social stability in Hong Kong.

"Green-eyed about a stable and well-governed Hong Kong, the external elements played the 'Hong Kong card' time and again to meddle with China's internal affairs, but their tricks will prove to be nothing but futile political shows," the spokesperson said.

The spokesperson stressed that Hong Kong is part of China and Hong Kong affairs are purely China's internal affairs.

"No political grandstanding can change China's rock-solid determination to fully and faithfully implement the principle of 'One Country, Two Systems,' nor can it hold back the historical trend of Hong Kong moving from chaos to stability and prosperity," said the spokesperson.

The spokesperson urged relevant politicians to recognize the general trend, change tack and keep their hands off China's internal affairs, including Hong Kong affairs, under any pretext.