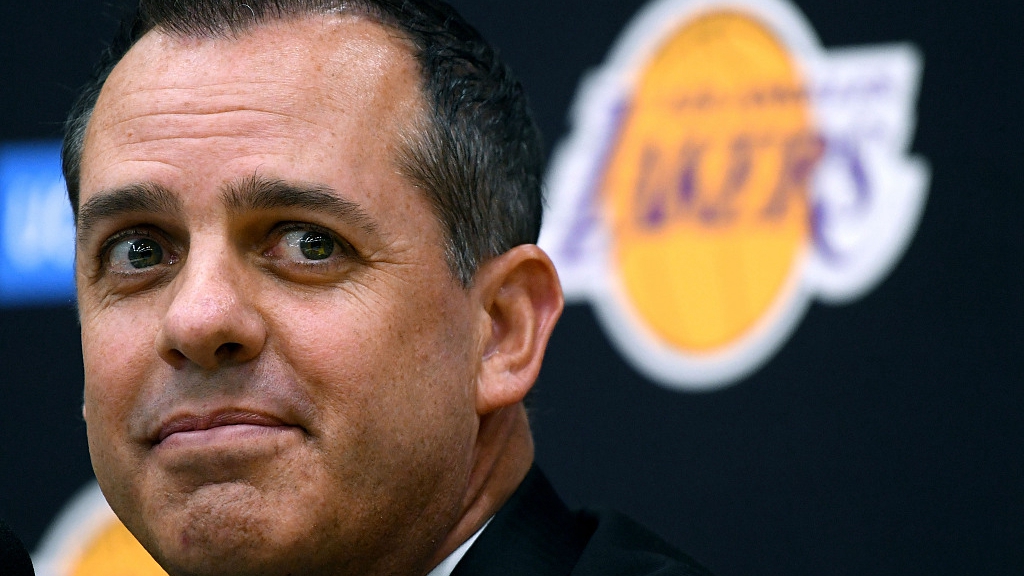 Los Angeles Lakers have fired coach Frank Vogel in the wake of the team's failure to reach the playoffs. /CFP

Los Angeles Lakers have fired coach Frank Vogel in the wake of the team's failure to reach the playoffs. /CFP

Frank Vogel masterminded the 17th championship in the Los Angeles Lakers' remarkable history in his first season on their bench.

Exactly 18 months after that triumph, he also became part of the Lakers' past.

The Lakers fired Vogel on Monday, choosing their title-winning coach to take the first fall for one of the most disappointing seasons in NBA history.

Los Angeles finished 33-49 and missed the 10-team Western Conference playoffs this season. It was a humiliating underachievement for LeBron James, Anthony Davis, Russell Westbrook, Carmelo Anthony and a veteran-laden supporting cast widely expected to contend for another championship.

Vogel was under contract through next season, but almost nothing has gone right over the past two seasons for the rosters assembled by general manager Rob Pelinka and coached by Vogel, who went 127-98 in his three seasons running the club. 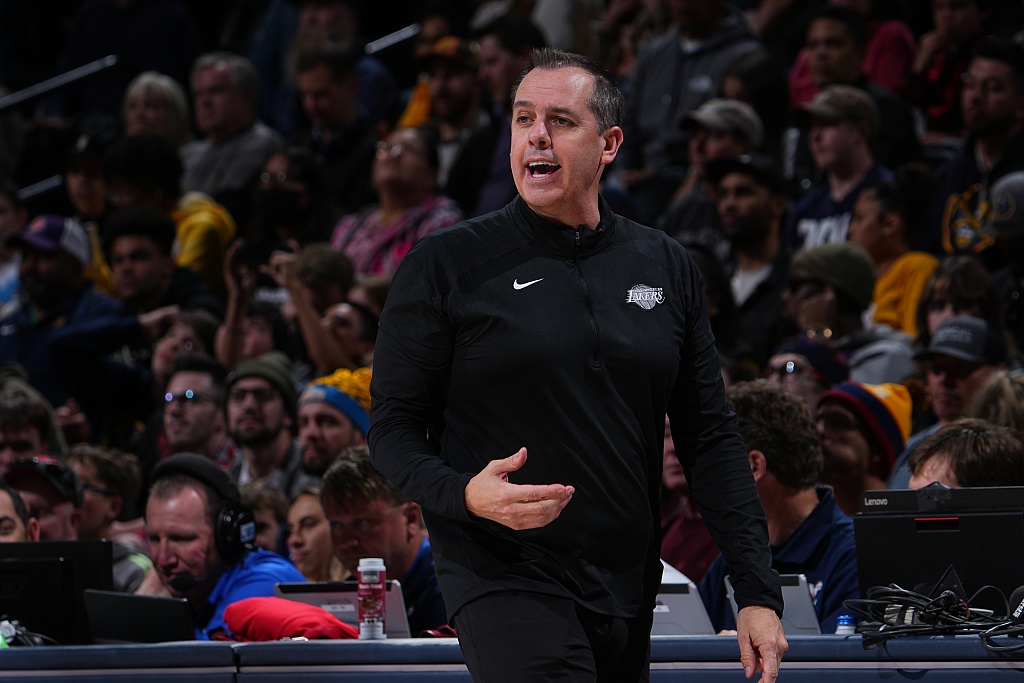 Pelinka declined to elaborate Monday on why he and owner Jeanie Buss felt Vogel needed to be fired.

"Today is not going to be a day of finger-pointing and unwinding all the specific reasons," Pelinka said. "We just felt organizationally, at the highest level, it was time for a new voice. ... That's not to say anything against the incredible accomplishments that Frank Vogel has had. He was a great coach here, and he's going to go on to be a great coach somewhere else."

ESPN reported Vogel's imminent firing immediately after the Lakers finished the season by beating Denver in overtime Sunday night. During an awkward postgame news conference, Vogel admitted he had not yet been told of the club’s decision before it was leaked to ESPN.

Pelinka dismissed the public relations embarrassment of the leak for the Lakers, calling the report "speculative and unsourced."

But it was a tacky end to a tenure that began tremendously for Vogel, the former coach at Orlando and Indiana. The Lakers claimed a title in the Florida bubble in October 2020, but haven't won another playoff round since. 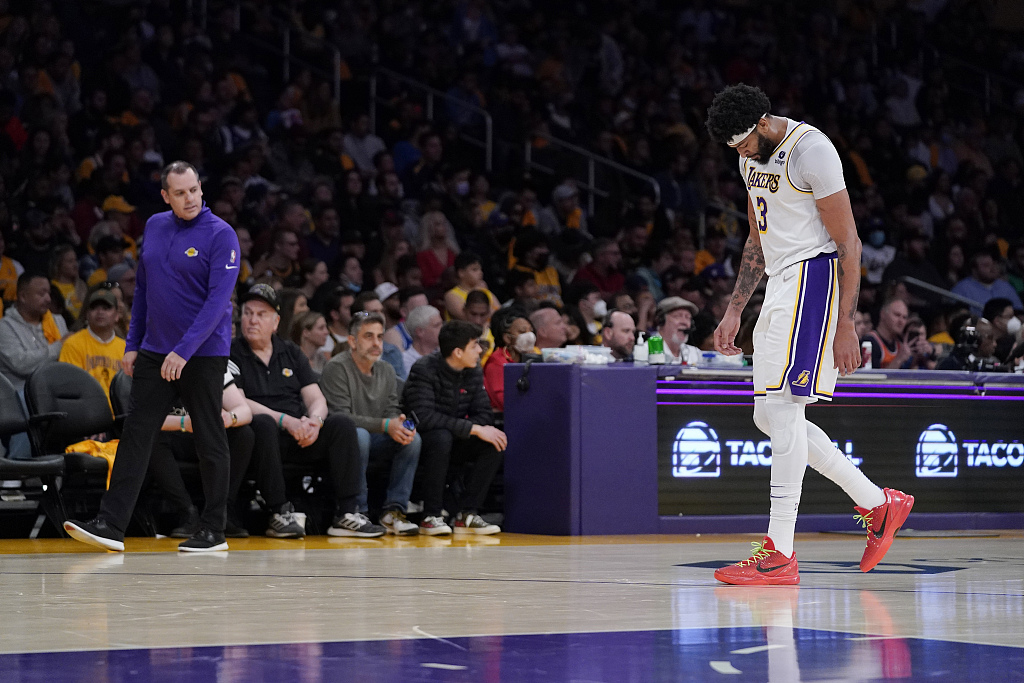 Los Angeles star Anthony Davis managed to play in only 40 of their 82 games this season. /CFP

Los Angeles star Anthony Davis managed to play in only 40 of their 82 games this season. /CFP

Pelinka doesn't plan to replace Vogel immediately, and he said he hasn't even assembled a list of potential candidates. The GM said it "would be great" to have a coach in place before the draft in June, but the Lakers' search will be "thorough and methodical."

"This was a disappointing Lakers season at every level," Pelinka said. "In the face of disappointment, our fans expect more, and that's in every facet. It starts in the front office led by me, and our ability to construct the right roster. It starts with the coaches holding players accountable and making sure there's on-court execution."

Despite another impressive season from the 37-year-old James, the Lakers never jelled this season with a roster built around nine players over 30 and 11 players who weren't with the team last season. Davis managed to play in only 40 of their 82 games, while Westbrook struggled to fit into the Lakers' team concept during one of the worst seasons of his professional career.

"I respect Frank as a coach, as a man," James said. "Our partnership that we've had over the few years here has been nothing but candid, and great conversations. This is a guy that gives everything to the game and prepared us every single night. ... I don't know what's going to happen with Frank being here, but I've got nothing but respect for him."