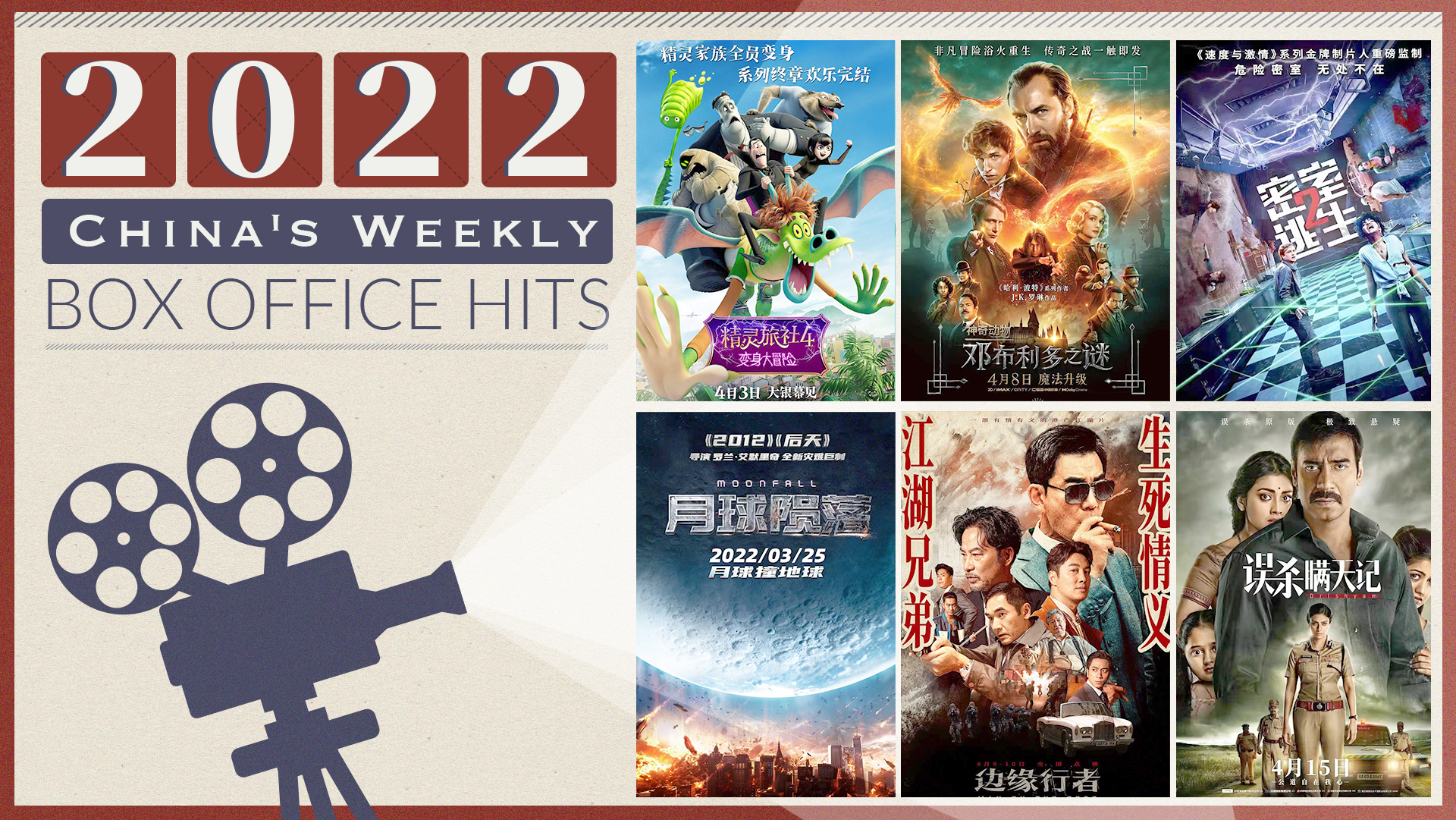 "Fantastic Beasts: The Secret of Dumbledore," the third installment in the "Fantastic Beasts" series, received a lot of attention before its release, but after five days, the highly anticipated franchise failed to top the 70 million yuan opening weekend of "The Batman."

The film got 6.2 out of 10 on China's major movie rating website Douban, with about 71 percent of viewers rating it three stars or below out of five.

"More than 90 percent of the plot makes me want to fast forward, and sometimes I don't even know what the characters are doing," said a comment on Douban that received 1,229 thumbs up.

"The levels are more ingenious than in the first film, but the leading role's 'too kind' personality set is a bit unflattering," said one of the most liked comments on Douban.

The highly anticipated Hong Kong action crime movie "Man on the Edge," starring famous veteran actors Jen Hsien-chi and Yam Tat-wah, will be released on Friday. Over 57,000 people have added it to  their"want to see" list on Maoyan.

What's more, the Indian crime thriller "Drishyam" will also be released on Friday.