Download
Pouring it on: Climate change made 2020 hurricanes rainier
CGTN 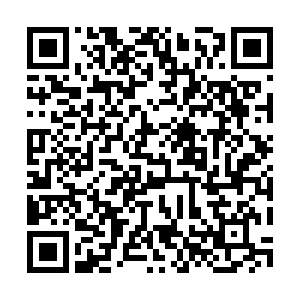 Climate change made the record-smashing deadly 2020 Atlantic hurricane season noticeably wetter, a new study says. And it will likely make this season rainier, too, scientists said.

Human-caused climate change made the entire season – 30 named storms – drop 5 percent more rain. During the 14 storms that reached hurricane status, the rainfall was 8 percent heavier, according to the study in Tuesday's Nature Communications.

"It doesn't sound like a lot, but if you're near a threshold, a little bit can push you over the top," said Lawrence Berkeley National Lab climate scientist Michael Wehner, co-author of the paper. "The implication is that that means there was more freshwater flooding and that the damages from freshwater flooding were increased, but by how much would require a more detailed analysis."

While past studies have predicted climate change would make storms wetter and found individual storms, such as 2017's Harvey, were in fact wetter because of human-caused climate change, this is the first study to look at an entire season, Wehner said. That's important because it removes the selection bias of just picking the worst storms, such as Harvey.

"It's not just the big monster ones, it's a whole season," Wehner said.

It's likely that 2020 is not the only year made significantly rainier by climate change. Warming is probably increasing the downpours in nearly all storms and most hurricane seasons, including the one that starts June 1, said study lead author Kevin Reed, an atmospheric scientist at Stony Brook University.

And what a season 2020 was. It broke records not only for the number of named storms, but for the number that became major storms with winds of at least 111 miles per hour – seven – and the number that made landfall in the United States. Louisiana got hit five times. Overall, more than 330 people were killed directly by named storms in 2020 and damage soared past $41 billion, according to the U.S. National Oceanic and Atmospheric Administration.

Hurricanes Laura, Sally, Isaias, Zeta, Delta, Eta and Hanna all caused more than $1 billion in damage, much of it from flooding. Laura, for example, was 10 percent wetter than it would have been without climate change, a separate quick analysis shows, Reed said.

The researchers used computer simulations – continually updated with real-time observations – to calculate how much water fell during the 30 storms and then compared them to a simulated world with no human-caused climate change from the burning of coal, oil and natural gas. The difference is what's caused by global warming. This scientifically accepted technique came up with the 5 percent and 8 percent figures.

When scientists looked at just the three rainiest hours of each storm, climate change amped them up 8 percent compared to the mythical world without climate change. For the storms that hit hurricane status, 11 percent more rain fell during the peak rainy time than would have otherwise, the study found.

A fundamental rule of physics is that the atmosphere can hold nearly 4 percent more moisture for every degree Fahrenheit the air warms (7 percent more for every degree Celsius). Globally, temperatures have increased about 2 degrees (1.1 degrees Celsius) since pre-industrial times. And the water of the Atlantic hurricane basin, which acts as storm fuel, has warmed about 1.3 degrees (0.7 degrees Celsius) in the past century, Wehner said.

"That signal will only get larger as the sea surface temperatures continue to warm," Reed said.

Storms are getting stronger, which also makes them wetter, Wehner said.

"The expected increase in hurricane rainfall is probably the most robust prediction concerning the response of hurricanes to climate change," said MIT atmospheric science professor Kerry Emanuel, who wasn't part of the study team. But the study is limited by not looking at how climate change could have affected storm track, intensity and frequency, he said.