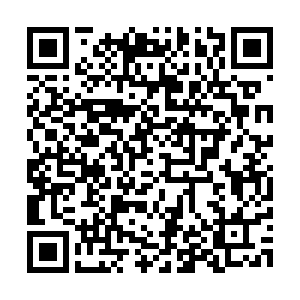 The Office of the Commissioner of the Chinese Foreign Ministry in the Hong Kong Special Administrative Region (HKSAR) on Thursday voiced firm opposition to the "2021 Country Reports on Human Rights Practices" issued by the U.S. State Department.

The office firmly rejected the U.S. bill, which once again waded into Hong Kong affairs and China's internal affairs, defamed the National Security Law for the HKSAR and the new electoral system, and slandered the law-based administration of the HKSAR government, said a spokesperson of the office.

The spokesperson pointed out that since Hong Kong's return to the motherland, "One Country, Two Systems" and the Basic Law of the HKSAR have been fully and faithfully implemented, and Hong Kong residents' lawful rights and freedoms of speech, press and association have been protected.

The implementation of the National Security Law and the successful practice of the new electoral system have plugged the loopholes in Hong Kong for safeguarding national security, removed the obstacles to the development of democracy in Hong Kong, and defended the rule of law and public order in the city, the spokesperson added.

Hong Kong has ushered in a new phase of transition from chaos to stability and opened a fresh chapter in sound governance, the office noted, adding the law and the electoral system have won the support of all the Chinese people, including Hong Kong compatriots.

Noting the HKSAR government is uniting people from all walks of life to focus on fighting the pandemic, revitalizing the economy and improving people's livelihood, the spokesperson stressed that the peaceful social life shall not be disturbed, the mainstream public opinion of seeking stability and progress shall not be ignored, and the historical trend towards prosperity and effective governance shall not be hindered.

The spokesperson stressed that the U.S. has a bad track record in terms of respecting and protecting human rights both at home and abroad, but it is still obsessed with confusing right and wrong and spreading political lies as well as ideological prejudices under the guise of "human rights."

Stressing the freedom index and the rule of law ranking of the U.S. have lagged behind Hong Kong, the spokesperson said the U.S. is faced with human rights tragedies such as botched pandemic response, systemic racism and raging gun violence at home.

"What's even worse, it has exported wars to Afghanistan, Iraq and Syria, which brought about human rights catastrophes. For the U.S., championing 'human rights' is just a lip service."

The spokesperson added the U.S. has no right to lecture Hong Kong on the issue of human rights.

The spokesperson reiterated that Hong Kong is part of China and Hong Kong affairs are purely China's internal affairs, urging the U.S. to reflect on itself, abide by international law and the basic norms governing international relations, and immediately stop the political farce that disturbs Hong Kong in the name of "human rights."