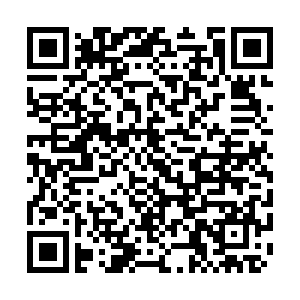 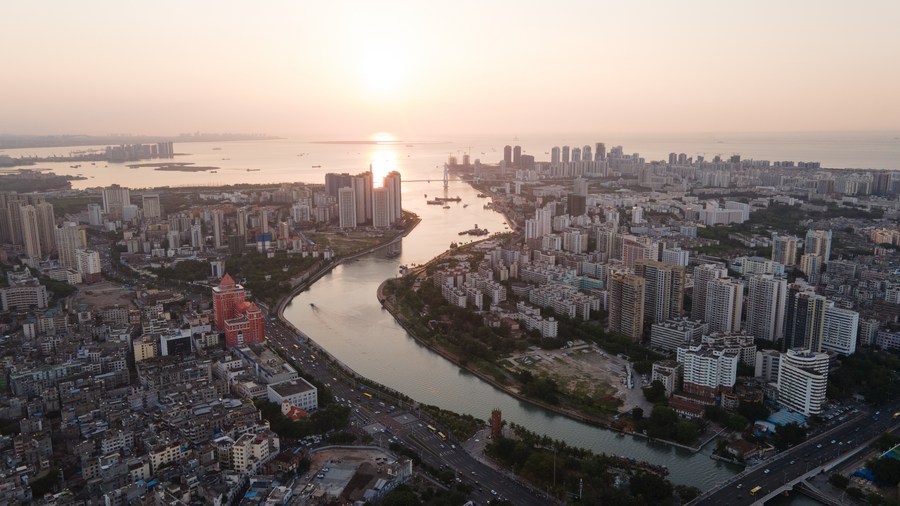 Editor's note: Xia Lu is an associate professor at the School of Marxism Studies and a research fellow at the National Academy of Development and Strategies, Renmin University of China. Gao Lei is an associate professor and research fellow at the Collaboration Centre for Theories and Practice of Open Economy, Center for Xi Jinping Thought on Opening-up, Center for Globalization and China's Modernization, University of International Business & Economics. The article reflects the authors' opinions and not necessarily the views of CGTN.

Chinese President Xi Jinping, also the general secretary of the Communist Party of China (CPC) Central Committee, recently paid an inspection tour to an economic development zone in the city of Danzhou, Hainan Province, at the southernmost tip of China, with most of its territory included in a tropical zone with potential for an excellent harbor facilitating trade.

During his inspection of the Yangpu economic development zone in Danzhou, President Xi visited an exhibition hall and a container terminal, supporting infrastructure for the zone's development and the building of the Hainan Free Trade Port with Chinese characteristics, which will mark its fourth anniversary in October. It could be argued that China, at the outset of marching toward the second centenary goal, will promote high-quality development empowered by high-level opening to the outside world.

More than a century ago there was also an open door policy akin to the process, quality, scale, and scope of China's opening up to the world. It was initiated by then U.S. Secretary of State John Hay with the main aim of creating trade opportunities between the U.S. and China, then ruled by the Qing dynasty, while additionally asserting American interests in the Far East. In the short term, the open door approach allowed the U.S. to expand its markets for industrialized goods while preventing China from being carved up by imperialist Great Powers as a side effect.

Truly, the Chinese people had rarely appreciated the benefits of this policy, as the Chinese nation was still facing a serious security challenge caused by foreign invasions and exploitation.

Only when the People's Republic of China was founded in 1949 could the Chinese government and its people start reassembling resources and rejoining the world again, this time as an independent and integrated nation state. The comprehensive reform launched by the CPC in the late 1970s has bestowed China with rapid growth and abundant achievements for more than four decades, with the strategy of opening to the outside world being the initial cornerstone and indispensable component.

More than that, during the frequent and broad interaction between China and the outside world, the country, hailed as the engine of the global economy, has also contributed significantly to world development. As Professor Amartya Sen, a Nobel Prize laureate, once noticed, without development, there would be no freedom. Thus, in this sense, it's justifiable that China's continuous opening-up buttresses freedom in the world.

However, while the tide of openness and integration is making substantial progress, unilateralism and deglobalization are constantly emerging, making decoupling an option for some countries. Everyone faces challenges in deciding whether moving toward openness or closeness represents a win-win or zero-sum, and no one can escape from them.

China has offered its examinable answer to the questions of the time with concrete practices: from promoting exports to expanding imports, from seeking its own development to building a community with a shared future for humanity. 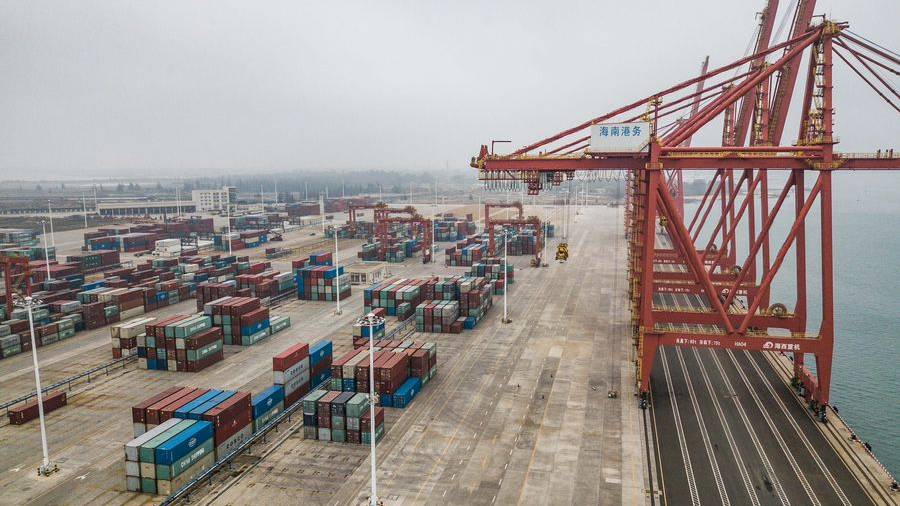 In October 2018, the Hainan Pilot Free Trade Zone was officially established. Two years later, in June 2020, the general plan for the Hainan Free Trade Port was promulgated as an important channel to realize the strategy of building a new system for a higher-level open economy, which is also a key target of China's 14th Five-Year Plan and Long-Range Objectives Through the Year 2035.

From the official establishment of the Shanghai Pilot Free Trade Zone on September 29, 2013, to the designation of the whole island of Hainan as a Pilot Free Trade Zone, 21 pilot free trade zones have outlined an upgraded version of China's substantial progress in building a new system for a higher-level open economy: Shanghai, Guangdong, Fujian, Tianjin, Zhejiang, Jiangsu, Shandong and Liaoning Free Trade Zones, setting up a series of new windows of China's coastal experience; Henan, Hubei, Chongqing, Sichuan, Shaanxi, Hebei, Heilongjiang, Guangxi, Yunnan, Beijing, Anhui and Hunan Free Trade Zones, shaping a new landscape for hinterland practice; and the opening up at Hainan island has become a strategic point for promoting the opening of the service industry.

With a high level of institutional innovation to attract talent and facilitate communication, a new round of opening dividends will be intensively released. Starting from the Shanghai Free Trade Zone, the negative list system has sent a clear signal to the outside world that as long as it is not in the field on the list, it can be treated as real business. For global investors, it's a reassurance; and for China, it's a profound change. Starting with the Free Trade Agreement, the negative list system has been fully employed to assess whether and how to access China's market.

Reform and opening-up will never stop. In addition to emphasizing the progress and prospect of building a higher-level open economy, President Xi has also attached equal significance to the preservation and protection of the ecological environment, a necessary condition for sustainable and high-quality development. And always keep in mind the people-centered development philosophy, as President Xi has called upon local officials to prioritize people's needs and aspirations while pursuing socio-economic development.