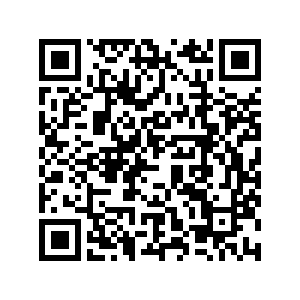 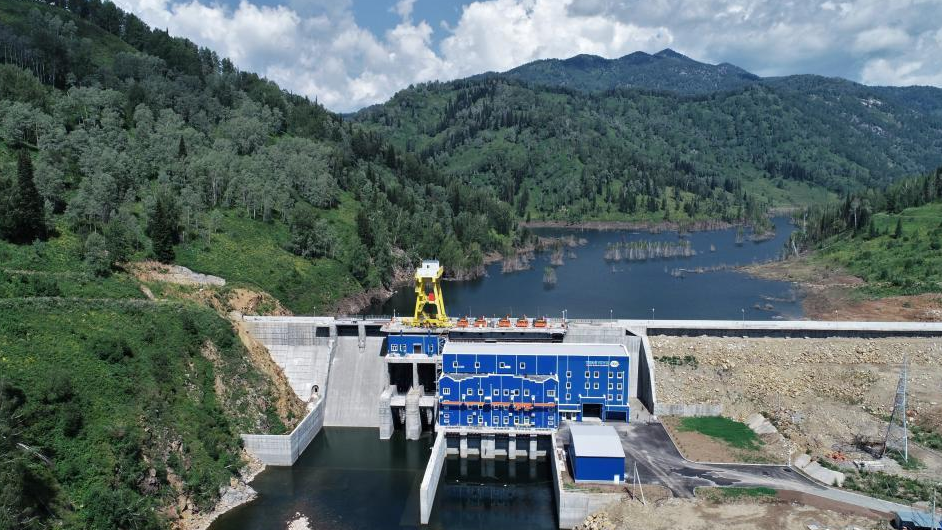 A view of the China-built Turgusun hydropower station on the Turgusun River near the city of Altai, Kazakhstan, July 28, 2021. /Xinhua

A view of the China-built Turgusun hydropower station on the Turgusun River near the city of Altai, Kazakhstan, July 28, 2021. /Xinhua

Editor's note: Djoomart Otorbaev is a former prime minister of the Kyrgyz Republic, a distinguished professor of the Belt and Road School of Beijing Normal University, and a member of the Nizami Ganjavi International Center. The article reflects the author's views and not necessarily those of CGTN.

Nature has rewarded Central Asia with rich natural resources for high-quality energy generation. The leading source of electricity generation in Turkmenistan and Uzbekistan, two of the five countries in Central Asia, is natural gas, and in Kyrgyzstan and Tajikistan, it is hydropower. Only Kazakhstan generates the bulk of its electricity from coal. In addition, Kazakhstan, Turkmenistan and Uzbekistan export their energy resources, mainly crude oil and natural gas.

The most severe problem with the energy infrastructure in Central Asia is that it is physically outdated. Many power plants, distribution and transmission lines were built many years ago by Soviet engineers. In its report on Kazakhstan produced in September 2016, the Asian Development Bank (ADB) noted that 70 percent of electricity production infrastructure needs rehabilitation. A similar problem with outdated equipment exists with power lines. In Kazakhstan, electricity losses, mainly due to old transmission lines, are estimated at 16 percent. In other countries, the situation with losses is even worse.

In Soviet times, the coordination of energy flows in the region was carried out through the specifically designed Unified Energy System (UES). Eighty-three different power plants provided uninterrupted electricity to all five republics. The control center for the entire system was in Tashkent. Considering seasonal fluctuations in generating capacity this system supported a stable supply of electricity. During the winter, Kazakh and Uzbek thermal power plants fed energy into the grid to supply Kyrgyzstan and Tajikistan, which returned electricity to the grid through their hydroelectric plants in the summer. This system is still in operation.

The largest electricity producer in Central Asia is Kazakhstan. As of the beginning of 2022, the total installed capacity of 190 power plants in Kazakhstan was about 24 gigawatts. Thermal power plants generate about 85 percent of energy, while about 70 percent of electricity is generated by burning coal. By the end of 2021, electricity generation reached 112 billion kWh, with growth compared to 2020 of 6.3 percent. The country is implementing a vast program to upgrade and build new generating facilities. Eight new modern thermal power plants (TPPs) have been installed in two years. In the next 10 years, to feed its growing economy, the government has planned to build 36 new modern power plants, both coal and gas-fired.

Uzbekistan is a country that meets its electricity needs fully. Today's total installed capacity of the country's power plants is 15.9 gigawatts. Coal and gas power plants currently generate approximately 85 percent of the electricity produced. Hydroelectric power plants deliver the rest. From January to November 2021, Uzbekistan produced 63 billion kWh of electricity. Compared to the corresponding period last year, the production volume increased by 109 percent. By the end of 2022, seven new stations with a total capacity of 1.47 gigawatts will be operational, of which six are thermal, and one is solar. As a result, by the end of the year, the full capacity of the energy system of Uzbekistan will exceed 16 gigawatts. 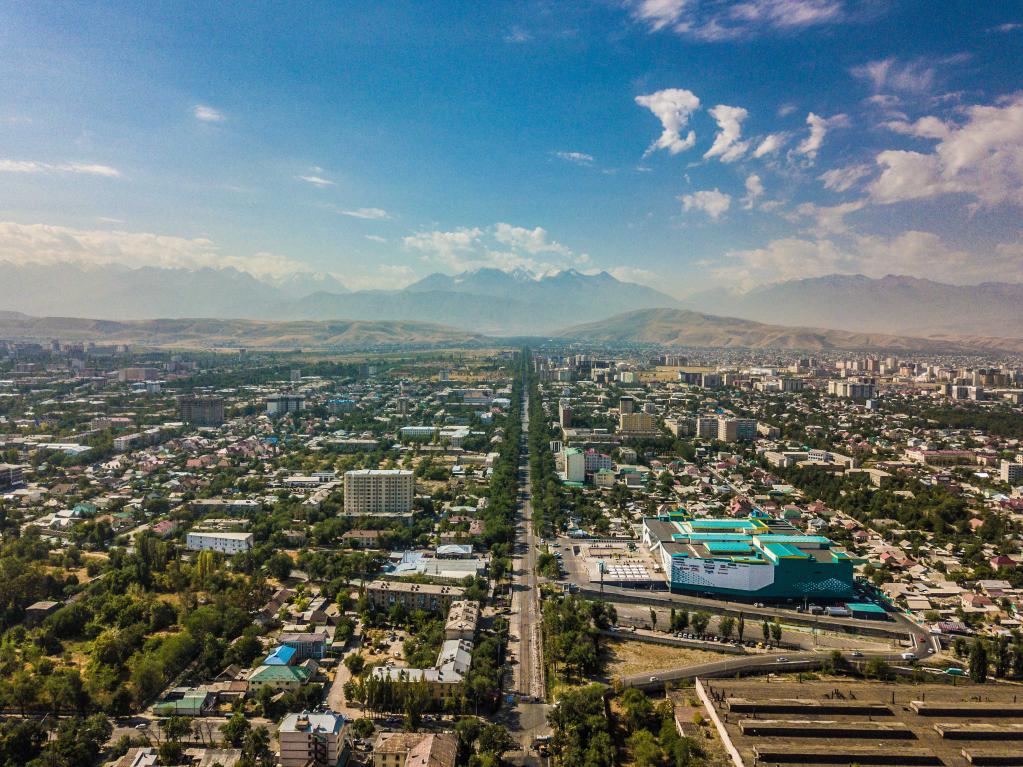 Talking about Turkmenistan, here's a unique fact. Until November 1, 2017, Turkmenistan was the only country worldwide whose citizens got electricity for free. At the moment, residents pay a mere 7 cents per kilowatt. In the 2000s, eight new TPPs were put into operation. Turkmenistan has found a new electricity market in the form of the Iranian energy system, with which it is now working in parallel. The total installed capacity of 12 TPPs in Turkmenistan is about 5.2 gigawatts. According to the country's Ministry of Energy, by 2024, the government plans to commission new generating facilities, and electricity production should reach 33 billion kWh per year.

The total installed capacity of power plants in Kyrgyzstan is around four gigawatts. Hydroelectric power plants (HPPs) produce about 85 percent of electricity. Almost 15 billion kWh of electricity is generated in Kyrgyzstan annually. There are 15 HPPs, but the five largest ones make up about 75 percent of the electricity. The total wear and tear of the equipment of these HPPs is about 80 percent. The country's largest electricity producer is the Toktogul HPP, with an installed capacity of 1.2 gigawatts. With support from the ADB, engineers are completing work on the rehabilitation of the Toktogul HPP. In the north of the country, the largest electricity producer is the Bishkek TPP, covering about 20 percent of the country's needs. It runs on coal, so it is one of the primary sources of smog in the capital. Until recently, the total depreciation of this TPP had stayed at 60 percent. Therefore, the government decided to reconstruct it and double its capacity. Completion of reconstruction was in 2017, and the station's capacity is now 812 megawatts.

The total installed capacity of the electricity system in Tajikistan is about 5.8 gigawatts. HPPs generated about 91 percent of electricity in 2021, and the rest from TPPs. The leading producer is the Nurek HPP, which produces more than half of all electricity in the country. By 2033, the Rogun HPP will be put into operation, which will become the largest HPP in Central Asia, with an installed capacity of 3.6 gigawatts. A peculiarity of the Tajik electric power industry is that just one company – the Tajik aluminum plant, consumes about 40 percent of the total generated volume. Currently, with the assistance of the World Bank, an international consortium is reconstructing the plant, which will save about 20 percent of electricity. An essential step in providing Dushanbe with electricity and heat was the launch at the end of 2016 of a TPP with a capacity of 400 megawatts, financed by China. It offers more than 60 percent of the city's daily electricity needs.

Central Asian countries are forecasting a significant increase in electricity consumption in the coming years as economic development and population growth demand tremendous investments to increase generating capacity. At the same time, neighboring China has both the latest technologies and the financial power to meet the region's needs. Our countries need to work together as good neighbors to ensure their energy security and economic growth.