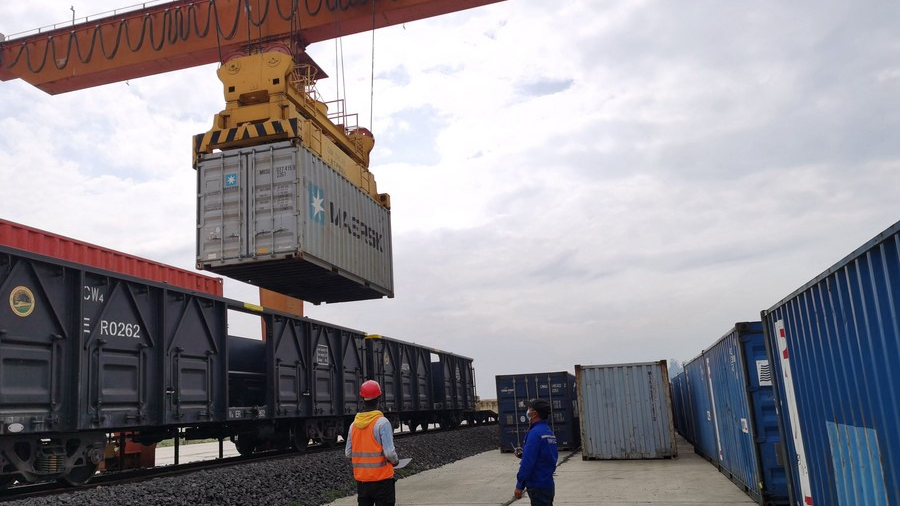 Chinese and Ethiopian staff members monitor the loading of containers to be transported by the Ethiopia-Djibouti railway in Ethiopia, September 2, 2020. /Xinhua

Chinese and Ethiopian staff members monitor the loading of containers to be transported by the Ethiopia-Djibouti railway in Ethiopia, September 2, 2020. /Xinhua

Claims by spokespersons of America's military and the White House that the U.S. role in Africa has been limited to "advising and assisting" other militaries or that Washington hasn't maintained any military presence on the ground in some countries have repeatedly been snubbed by many. Those claims even include U.S. self-declared actions in Somalia which killed scores of civilians. An acknowledgment of a military "footprint" by the U.S. Africa Command (AFRICOM) last year in the Horn of Africa country established this truth.

Over the years, American Green Berets, Navy SEALs and other commandos have been dominating their African partner forces under little-known U.S. Code Section 127e. The authority funded classified programs and compelled African governments to essentially loan out their military units to American special operations teams which would use them as surrogates to hunt militants posing threats to American citizens and embassies.

The world first became aware of the U.S. military presence in Africa after the Islamic State killed four American soldiers in Tongo Tongo, Niger in 2017. According to a retired U.S. army officer, American troops have been killed or wounded in at least six African countries. The fallen Green Berets had allegedly gone rogue in the Sahel region, and when the families sought the truth the details were obscured by a highly-redacted U.S. report which cannot be declassified until 2043.

Washington has announced visa restrictions on Somali officials just for delaying the parliamentary elections. It is "visibly disconcerted" about growing rapprochement between Beijing and Mogadishu. Yet Somalia continues to strengthen historic relations with China rooted in mutual respect for sovereignty, territorial integrity, political independence and unity.

Eritrea is another country in the Horn of Africa facing U.S. sanctions over its involvement in the Tigray conflict in neighboring Ethiopia. The Biden administration last year targeted the defense and political institutions of the long-isolated country for entering the conflict on the side of Ethiopian Prime Minister Abiy Ahmed in November 2020.

In the face of the U.S. unilateral and despotic sanctions, China elevated its bilateral relationship with Eritrea to a strategic partnership during the January 2022 visit by Chinese State Councilor and Foreign Minister Wang Yi. Exchanging views on the situation in the Horn of Africa and slamming acts by non-regional forces to undermine the continent's peace and stability, both sides in a joint statement opposed the hegemonic interference in Africa by major powers operating under the veil of democracy and human rights. 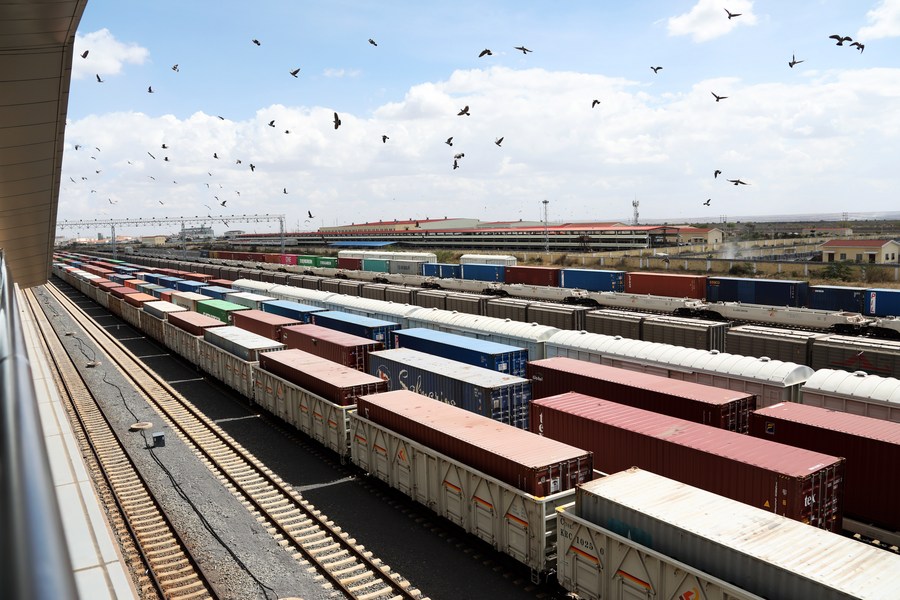 On March 29, the U.S. Senate Foreign Relations Committee overwhelmingly approved the Ethiopia Peace and Stabilization Act; again, in the name of promoting democracy and human rights. Introduced in November, the proposed bipartisan legislation creates a framework of sanctions to punish Addis Ababa. American "humanitarian imperialism" seeks to destabilize the Ethiopian government as well as "threatens to regress" its peace initiatives.

One major reason for the U.S. stomachache is Ethiopia's central role in the Chinese Belt and Road Initiative (BRI). China is estimated to have undertaken 400 construction and manufacturing projects worth of $4 billion in Ethiopia in addition to financing and building much of the country's air, road and rail networks.

Strong Chinese engagement has helped the Ethiopian economy grow by an average of around 10 percent through the decade before the pandemic struck, affirming China's importance to the economic and infrastructure development of Ethiopia. As sanctions and conflicts risk peace and growth in the landlocked country, the BRI comes into play to complement the 50-year development aspirations of both Ethiopia and Africa. China's support at multilateral fora is also helping Ethiopia thwart threats to sovereignty and territorial integrity.

As the U.S. continues to arbitrarily interfere in the regional and internal affairs of African countries, the appointment of Xue Bing, China's Special Envoy for the Horn of Africa affairs, is regarded as an attractive and valued mediating effort. Also popular on the continent has been Beijing's policy of non-interference, boosting China's image as Africa's true development partner.

The deployment of a permanent diplomat in the Horn of Africa discourages the intention to make Africa an arena for geopolitics and promises to help the region reach lasting peace through economic development initiatives such as connecting infrastructure and increasing trade between communities and countries.

China has supported several projects in the region such as the construction of railway lines from Nairobi to Mombasa and Addis Ababa and Djibouti City. Beijing is prepared to share its development miracles to help Africa achieve long-term social stability. These ambitions help embolden the poverty-stricken and conflict-laden region to settle differences and rally efforts to fight climate change, drought, famine and terrorism in order to increase trade and strengthen economic cooperation to realize the region's huge development potential.

For too long, the Horn has been gripped with border disputes and ethnic and religious conflicts, and the U.S. has removed Ethiopia from a key trade pact and looks to use its influence to block international loans to Addis Ababa. To overcome the region's security challenges and make headway for sustainable growth, the China-proposed Outlook on Peace and Development in the Horn of Africa empowers regional nations to build consensus via a long-term solution based on three core issues: peace and security, development and governance.