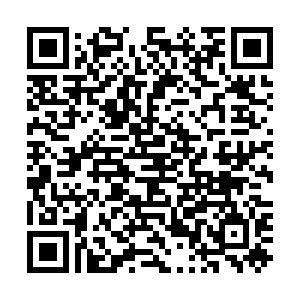 China gives priority to developing relations with Saudi Arabia and stands ready to work with the country to continuously deepen their comprehensive strategic partnership and to bring more benefits to the two countries and their people, said Chinese President Xi Jinping on Friday morning during a phone conversation with Saudi Arabian Crown Prince Mohammed bin Salman Al Saud.

The Chinese president said that over the past years, China and Saudi Arabia have joined their efforts and moved forward together, facilitating new development in bilateral ties.

The Chinese side supports Saudi Arabia in safeguarding national sovereignty, security and stability, and in independently exploring a development path suited to its own national conditions, Xi stressed.

China will continue to synergize the Belt and Road Initiative with Saudi Arabia's Vision 2030 and forge a high-level cooperation pattern between the two sides in such fields as energy, economy and trade as well as high technology, Xi said.

China and Saudi Arabia should strengthen solidarity, practice true multilateralism, safeguard the international system with the United Nations at its core, the international order based on international law, the basic norms of international relations based on the purposes and principles of the UN Charter, and uphold international fairness and justice as well as the common interests of developing countries, said Xi.

China is ready to work with Saudi Arabia to promote peace and stability in the Middle East, push for an early conclusion of the China-Gulf Cooperation Council free trade area agreement and jointly build a China-Arab community with a shared future for the new era, said Xi.

Mohammed conveyed King Salman's greetings to Xi, and once again congratulated China on the success of the Beijing Winter Olympics and Paralympics.

Calling China an important comprehensive strategic partner of Saudi Arabia, the crown prince said that in recent years, Saudi Arabia-China ties have seen great progress in various fields and China has provided a model of economic development and political stability for countries worldwide.

Saudi Arabia attaches great importance to China's status and to the development of its relations with China, and firmly adheres to the one-China principle, Mohammed said.

He added that his country will continue to staunchly support China's legitimate position on such issues concerning core interests as Xinjiang, resolutely oppose any interference in China's internal affairs, and firmly safeguard the rights of all countries to choose their own political and human rights paths independently.

The crown prince said that Saudi Arabia is willing to work with China to strengthen high-level exchanges, sign agreements to synergize Saudi Arabia's Vision 2030 with the Belt and Road Initiative, and deepen cooperation in such fields as economy, trade, transportation, infrastructure and energy.

The two leaders also exchanged views on the situation in Ukraine.