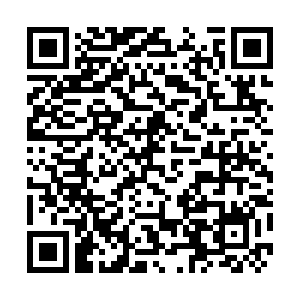 A woman walks past posters showing precautions against COVID-19 at a subway station in Seoul, South Korea, April 15, 2022. /CFP

A woman walks past posters showing precautions against COVID-19 at a subway station in Seoul, South Korea, April 15, 2022. /CFP

South Korea will lift all social-distancing rules next week, except for the mask mandate, Prime Minister Kim Boo-kyum announced on Friday, as the COVID-19 pandemic was estimated to have peaked last month.

Kim told a pandemic-tackling meeting that the business curfew of midnight and the cap on 10 people for private gatherings will be all lifted from next Monday.

"Omicron has shown signs of weakening significantly after peaking in the third week of March," Kim was quoted as saying by Yonhap News Agency. "As the virus situation is stabilized and capabilities of our medical system are confirmed, the government decided to boldly lift social distancing measures."

The 299-person limit on events and rallies as well as the 70-percent capacity cap on religious activities will be lifted from April 18, while eating food will be permitted inside movie theaters, indoor sports facilities and religious facilities from April 25.

"Indoor mask wearing will be unavoidable for a considerable time," Kim was quoted as saying. "With regard to outdoor mask wearing, which poses a relatively lower risk, we will decide after two weeks based on a review of the virus situation."

The health authorities estimated that the resurgence in the county, caused by the spread of the Omicron variant and its subvariant BA.2, peaked in the middle of March.

The government will adjust the four-tier infectious disease level of COVID-19 from Class 1 to Class 2 in phases over a four-week period to allow patients to be treated at local clinics and hospitals without quarantine.

In January 2021, the government imposed stricter social distancing rules limiting gatherings to no more than four people nationwide before tightening it further to include a ban on gatherings of more than two people after 6 p.m and takeout only at cafes.

The country had eased the distancing rules last November under a "phased return to normal" scheme, but later rolled them back as its COVID-19 case numbers surged.