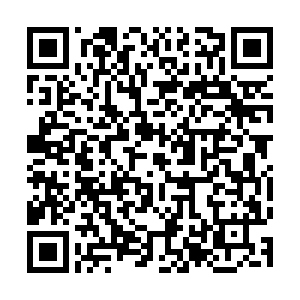 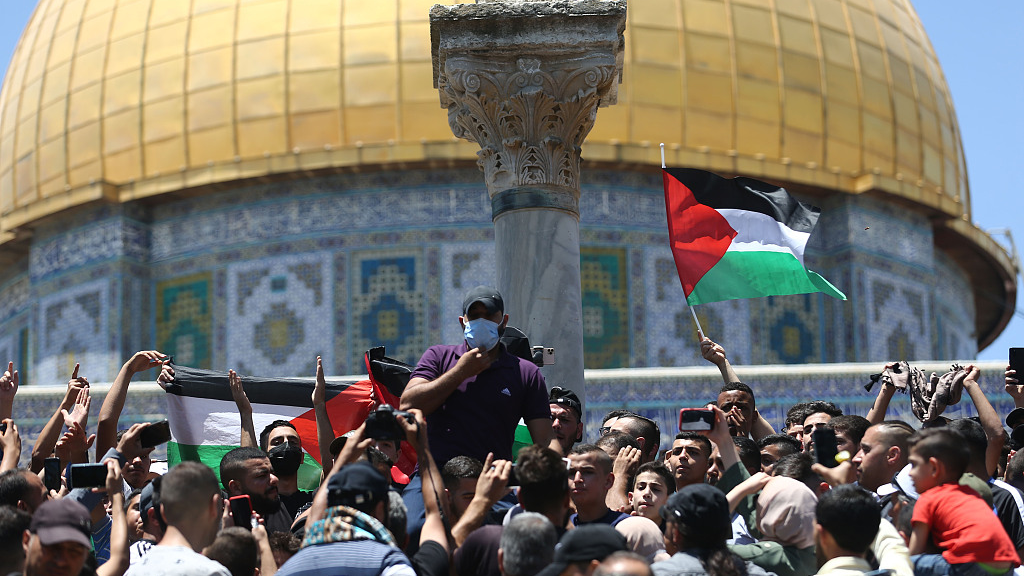 Palestinians stage a demonstration near Qubbat al-Sakhra (the Dome of the Rock) against far-right Israelis' slogans insulting Prophet Muhammad during "flag march" in Jerusalem, June 18, 2021. /CFP

Palestinians stage a demonstration near Qubbat al-Sakhra (the Dome of the Rock) against far-right Israelis' slogans insulting Prophet Muhammad during "flag march" in Jerusalem, June 18, 2021. /CFP

At least 152 Palestinians were injured in clashes with Israeli riot police inside Jerusalem's Al-Aqsa mosque compound on Friday, the latest outbreak in a recent upsurge of violence that has raised fears of a slide back to wider conflict.

Most of the Palestinian injuries were incurred from rubber bullets, stun grenades and beatings with police batons, the Palestine Red Crescent said, at the most sensitive site in the generations-old Israeli-Palestinian conflict.

Israeli security forces have been on high alert after a series of deadly Arab street attacks throughout the country over the past two weeks. Confrontations at the Al-Aqsa compound in Jerusalem's walled Old City pose the risk of a relapse into a broader conflagration like last year's Gaza war.

The Al-Aqsa compound sits atop the Old City plateau of East Jerusalem, which was captured by Israel in the 1967 Middle East war, and is known to Muslims as al-Haram al-Sharif, or The Noble Sanctuary, and to Jews as Temple Mount.

Tensions this year have been heightened in part by Ramadan coinciding with the Jewish celebration of Passover.

In a statement, Israeli police said hundreds of Palestinians hurled firecrackers and stones at their forces and toward the nearby Jewish prayer area of the Western Wall in the Old City after Ramadan morning prayers.

It said police then entered the Al-Aqsa compound to "disperse and push back (the crowd and) enable the rest of the worshippers to leave the place safely," adding that three officers were injured in the clashes.

"We are working to restore calm, on the Temple Mount and across Israel. Alongside that, we are preparing for any scenario and the security forces are ready for any task," Bennett said.

Egypt, Qatar and the United Nations stepped up their mediation between Palestinian factions – led by the Islamist group Hamas, which runs Gaza – and Israel in a bid to prevent further escalation of violence, a Palestinian official told Reuters.

Hamas demanded that Israel frees nearly 500 people it had detained on Friday, stop "provocative visits" to the Al-Aqsa mosque by Jewish groups, and end military incursions into West Bank cities.

In a sign of lowering tensions, Israel released all but 100 of those detained, Palestinians said.

The Palestinian Foreign Ministry, referring to the violence in the holy compound, said it "holds Israel fully and directly responsible for this crime and its consequences."