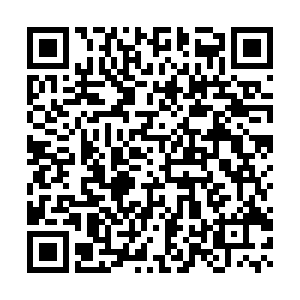 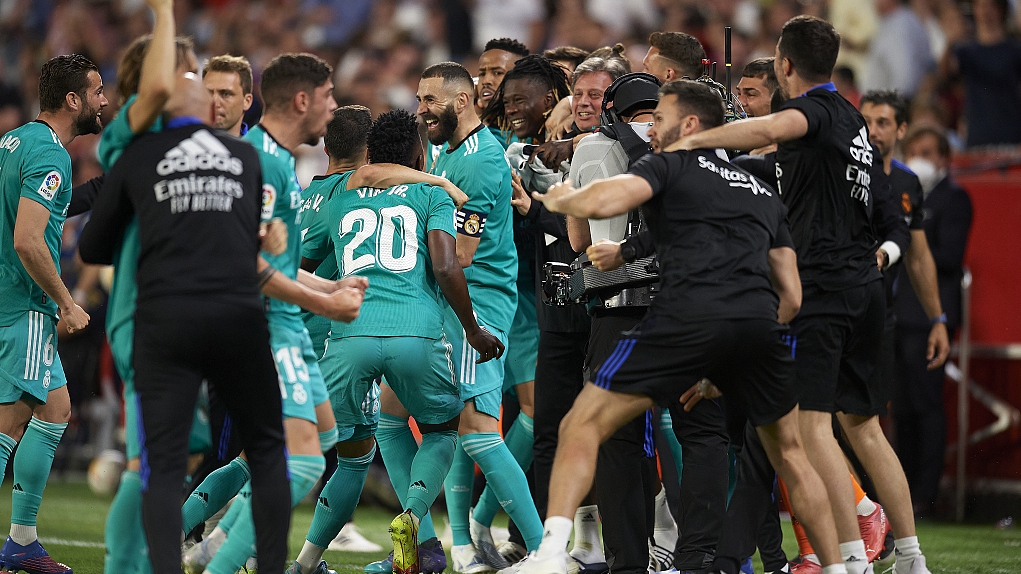 In Spain, Karim Benzema's 92nd-minute winner saw Madrid fight back from two goals down to beat third-place Sevilla 3-2 in dramatic fashion. The French striker, who netted four goals against Chelsea in the Champions League quarterfinal, delivered another brilliant performance and was joined on the scoresheet by Rodrygo and Nacho Fernandez.

Sevilla could have narrowed Madrid's advantage to nine points with a win after stunning the league leaders in the first half via Ivan Rakitic's amazing free kick and Erik Lamela's accurate strike. But Carlo Ancelotti's side refused to give up and somehow managed to complete the remarkable turnaround in stoppage time, ending Sevilla's 15-game unbeaten streak at home this season. 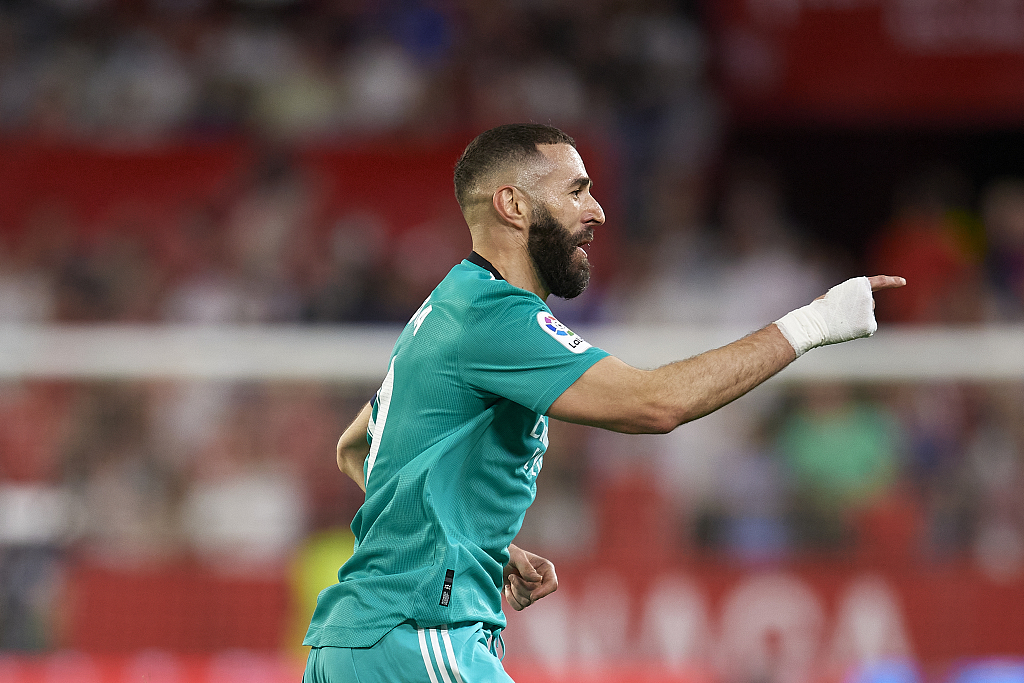 Madrid now enjoy a huge 15-point lead over second-place Barcelona with only six games to go. It would take a highly improbable collapse from the Spanish powerhouse to be dethroned in the closing stage.

"Everyone is waiting for Madrid to stumble, but Madrid does not stumble," opined Ancelotti in the postgame press conference. "Madrid has heart, character and quality. It was a deserved win. The league is not over yet; there are several matches left, but it was a big push for us today."

In France, goals from Neymar and Kylian Mbappe handed PSG a 2-1 victory over rivals Marseille at Parc des Princes, which left them on the brink of claiming a record-equaling 10th Ligue 1 title. 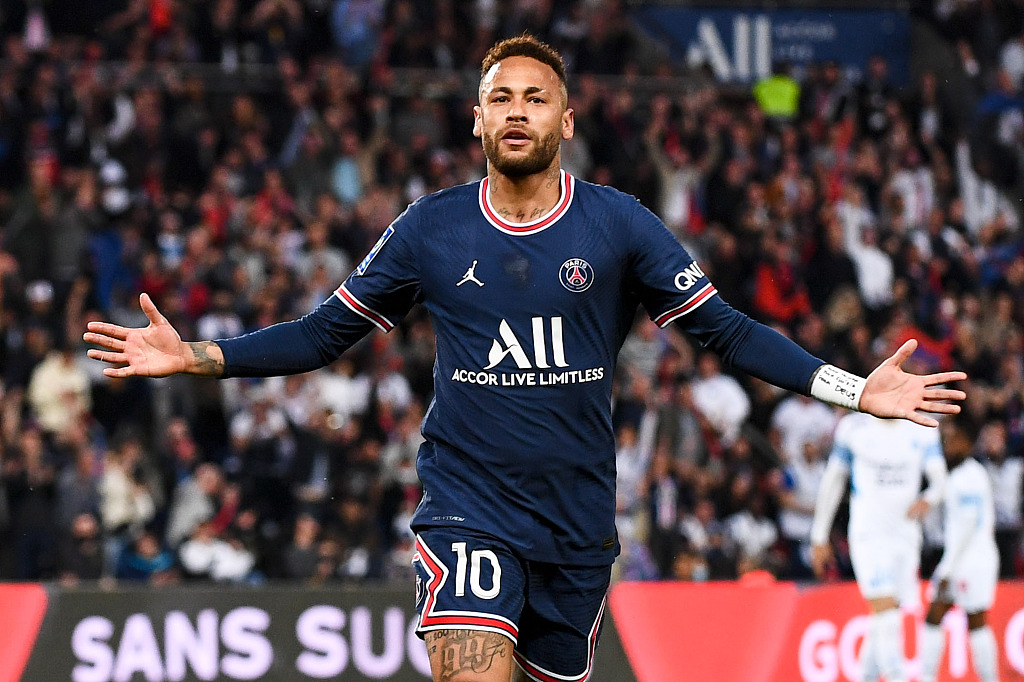 Neymar has scored seven goals in the last five games since PSG was knocked out of the Champions League by Real Madrid. /CFP

Neymar has scored seven goals in the last five games since PSG was knocked out of the Champions League by Real Madrid. /CFP

While seven-time Ballon d'Or winners Lionel Messi endured another forgettable night, his striking partner Neymar sparkled throughout the game. The Brazilian superstar gave Marseille all sorts of problems with his direct running, and his early opener for PSG was his 11th goal of the season.

Though Marseille defender Duje Caleta-Car canceled out the goal, Mbappe calmly converted a penalty after Valentin Rongier was adjudged to have handled the ball inside the box.

PSG are now 15 points clear at the top, and Mauricio Pochettino's side could seal the title if they win at Angers and Marseille fail to beat Nantes on Wednesday. 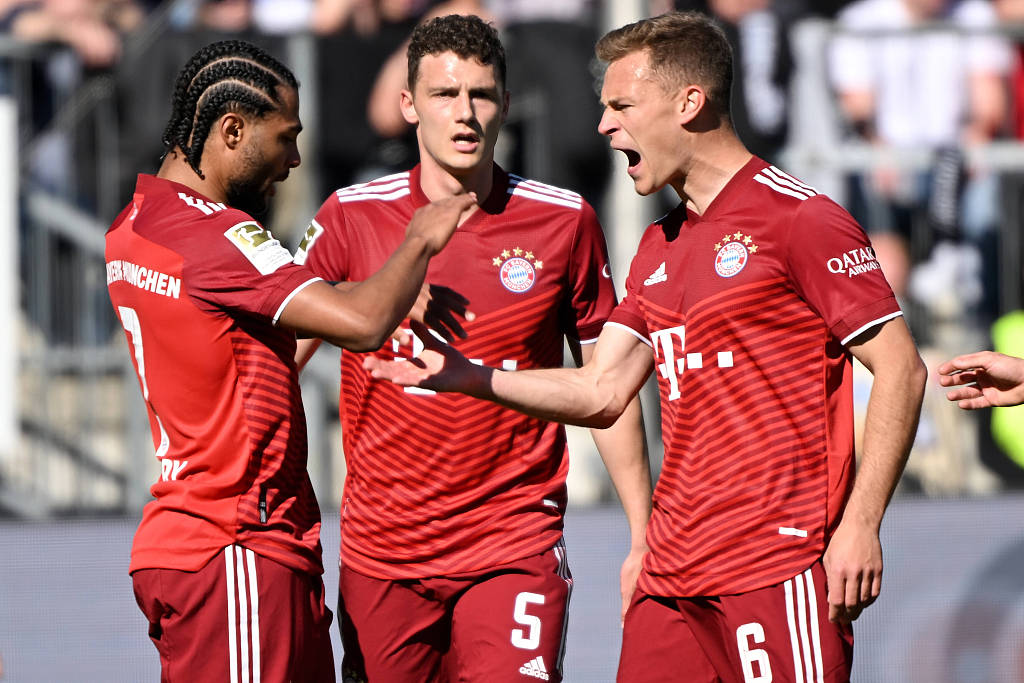 Bayern Munich have restored their nine-point cushion at the top of the Bundesliga. /CFP

Bayern Munich have restored their nine-point cushion at the top of the Bundesliga. /CFP

In Germany, Bayern Munich swatted aside Arminia Bielefeld 3-0 to move nine points ahead of Borussia Dortmund with four games left.

The Bundesliga leaders shrugged off the disappointment of their shock Champions League exit to Villarreal midweek. They closed in on a 10th consecutive league title after goals from Serge Gnaby, Jamal Musiala and Barrett Laursen confirmed another easy win.

Julian Nagelsmann's side could wrap up the title with victory at home to Borussia Dortmund on Saturday.

"A win always feels better than a loss since we experienced one on Tuesday. It's good for the heads, of course, before an important game," beamed Gnaby. "We have the chance to become champions at home. We've done the work today, and we need to finish it next week."