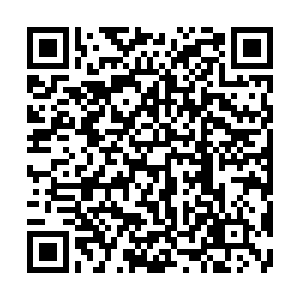 The International Monetary Fund (IMF) downgraded its global growth forecast for 2022 to 3.6 percent, citing the Ukraine crisis and surging inflation worldwide, according to a newly released update to its World Economic Outlook report.

The Russia-Ukraine conflict is expected to further increase inflation, which was now a "clear and present danger" for many countries, the IMF said in the report, warning that further sanctions of the Western allies on Russia to target energy exports would cause another major drop in global output.

Spillovers from higher energy prices, a loss of confidence and financial market turmoil from this step would cut another two percentage points off of global growth forecasts, IMF Chief Economist Pierre-Olivier Gourinchas told a news briefing.

The IMF has estimated that Ukraine's GDP will collapse by 35 percent this year, while Russia's output will shrink by 8.5 percent in 2022.

Inflation is now projected to remain elevated for much longer than in the IMF's previous forecast, the report mentioned.

The IMF also revised down its eurozone growth forecast for 2022 to 2.8 percent from 3.9 percent in its January estimate, with the region's biggest economy, Germany, taking a heavy hit.

Germany's economy is now expected to grow by 2.1 percent this year, down from the previous forecast of 3.8 percent.

"The main channel through which the war in Ukraine and sanctions on Russia affect the euro area economy is rising global energy prices and energy security," the IMF said in the report.

The main risk to the outlook is an escalation of sanctions, in particular an embargo on Russian gas, which would cause a "quite severe" slowdown over the short term in countries like Germany that depend the most on those imports, Gourinchas told AFP in an interview in Washington.

As a result, "we would have a fairly significant downward revision of the economic forecasts for the euro zone."

Gourinchas also said central banks face increased pressure to fight inflation with tighter monetary policy, and a further tightening of sanctions could accelerate this move, which could cause more difficulties for developing economies.

"The war adds to the series of supply shocks that have struck the global economy in recent years. Like seismic waves, its effects will propagate far and wide – through commodity markets, trade, and financial linkages," Gourinchas said.

Reduced supplies of oil, gas and metals produced by Russia, and wheat and corn – produced by both Russia and Ukraine – had driven up prices sharply in Europe, the Caucasus and Central Asia, the Middle East and North Africa, and sub-Saharan Africa, but was hurting lower-income households around the world.