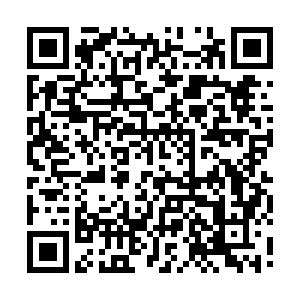 Russian forces have begun the battle for Donbas region, but Ukraine will defend itself, Ukrainian President Volodymyr Zelenskyy said in a video address on Monday.

"Now we can say that Russian troops have started the battle for Donbas, for which they have been preparing for a long time. A very large part of the entire Russian army is now focused on this offensive," Zelenskyy was quoted as saying by the state-run Ukrinform news agency.

"No matter how many Russian troops are driven there, we will fight," he added.

In the east and south of Ukraine, Russian forces have recently been trying to attack a little more deliberately than before and looking for a weak spot in the country's defense to go there with the main forces, Zelenskyy said.

On Monday morning, along almost the entire front line in Donetsk, Luhansk and Kharkiv regions, Russian forces attempted to break through Ukrainian defenses, according to Danilov.

The Russian Defense Ministry Monday said in a statement that air-launched missiles had destroyed 16 Ukrainian military facilities overnight, including five command posts, a fuel depot and three ammunition warehouses, as well as Ukrainian armor and forces.

It said those strikes took place in the Kharkiv, Zaporizhzhia, Donetsk and Dnipropetrovsk regions and in the port of Mykolayiv, and that the Russian air force had launched strikes against 108 areas where it said Ukrainian forces and armor were concentrated.

UN Secretary-General Antonio Guterres on Monday again called for an immediate humanitarian ceasefire in Ukraine to allow for the delivery of life-saving aid as well as evacuations.

Guterres was also greatly concerned about the continuing appalling humanitarian situation in the besieged port city of Mariupol, Stephane Dujarric, spokesperson for the secretary-general, said at a press briefing.

"The secretary-general strongly urges all parties to enact an urgent and immediate humanitarian ceasefire, which will enable the safe and secure functioning of humanitarian corridors, help evacuate civilian residents and also deliver life-saving humanitarian and medical assistance," said Dujarric.

Adding that "genuine negotiations must be given a chance to succeed and to bring lasting peace," he said the UN stands ready to help.