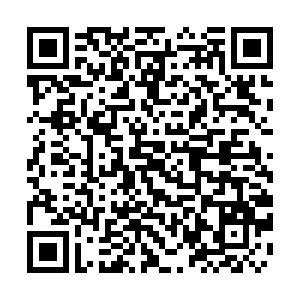 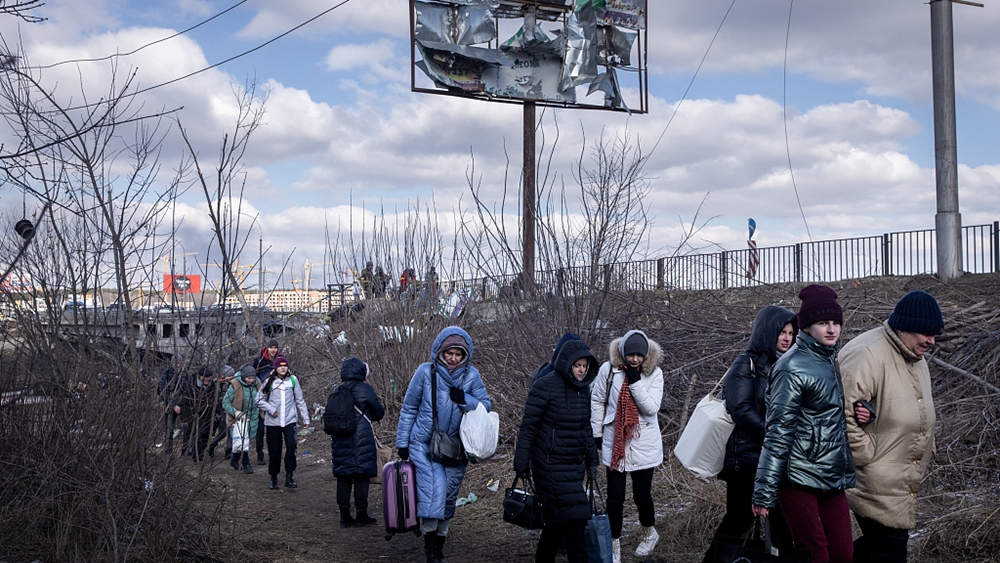 Residents of Irpin and Bucha flee fighting via a destroyed bridge in Irpin, Ukraine, March 10, 2022. /AFP

Residents of Irpin and Bucha flee fighting via a destroyed bridge in Irpin, Ukraine, March 10, 2022. /AFP

UN Secretary-General Antonio Guterres on Monday again called for an immediate humanitarian ceasefire in Ukraine to allow for the delivery of life-saving aid as well as help evacuations.

The appeal followed attacks on cities across the country - most recently Lviv, Dnipro, Kharkiv and Mykolaiv - which reportedly resulted in numerous civilian casualties and destruction.

Guterres was also greatly concerned about the continuing appalling humanitarian situation in the besieged port city of Mariupol, Stephane Dujarric, spokesperson for the secretary-general, said at a regular press briefing.

"The secretary-general strongly urges all parties to enact an urgent and immediate humanitarian ceasefire, which will enable the safe and secure functioning of humanitarian corridors, help evacuate civilian residents and also deliver life-saving humanitarian and medical assistance," said Dujarric.

Adding that "genuine negotiations must be given a chance to succeed and to bring lasting peace," he said the UN stands ready to help.

Martin Griffiths, the UN undersecretary-general for humanitarian affairs and the emergency relief coordinator, told journalists prior to the briefing that humanitarian ceasefires in Ukraine are "not on the horizon," but could occur in a couple of weeks.

Griffiths will travel to Turkey this week to meet with President Recep Tayyip Erdogan on hosting humanitarian talks between Russia and Ukraine. On Sunday, Guterres spoke with Erdogan, expressing his ongoing support for the Istanbul process related to the war in Ukraine.

On the prospects for a ceasefire, Griffiths pointed to the example of Yemen, where warring sides have implemented a two-month truce.

"Ceasefires, they're not on the horizon right now. But they may be in a couple of weeks; they may be a little longer than that," he said. "And it will all depend on two things: the war, of course, and the talks."