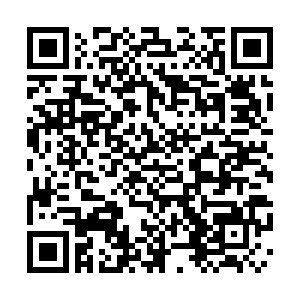 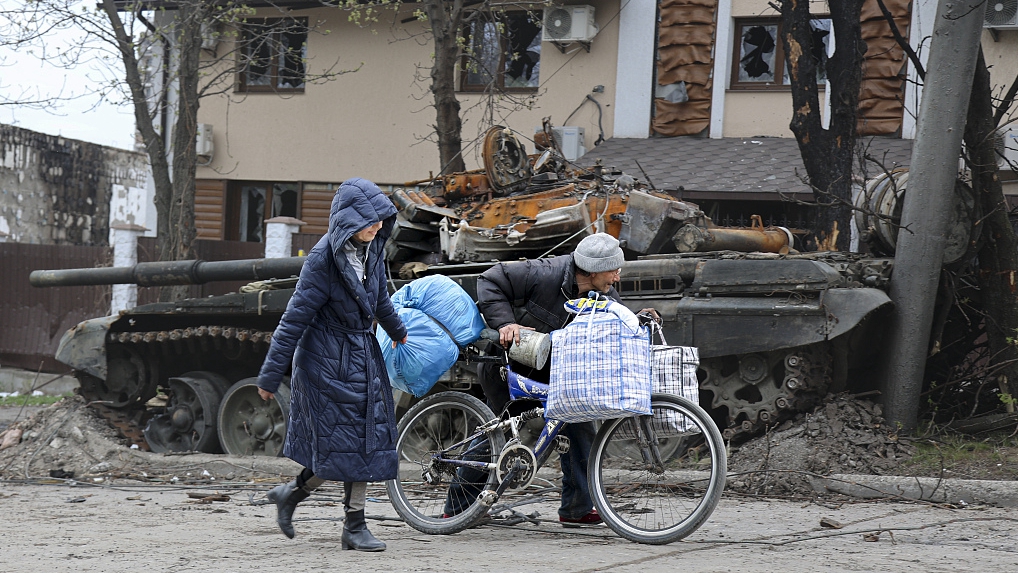 Locals walk past a tank destroyed during heavy fighting in an area controlled by pro-Russia forces in Mariupol, Ukraine, April 19, 2022. /CFP

Locals walk past a tank destroyed during heavy fighting in an area controlled by pro-Russia forces in Mariupol, Ukraine, April 19, 2022. /CFP

China on Tuesday called on all countries to support diplomatic negotiations between Russia and Ukraine to achieve a ceasefire, warning against sending more offensive weapons.

"Continuing to send more offensive weapons will not bring peace. It will only prolong and escalate the conflict, and further aggravate humanitarian catastrophe," said Zhang Jun, China's permanent representative to the United Nations, at the Security Council meeting on the humanitarian issue of Ukraine.

Zhang said diplomatic negotiations must be promoted with a greater sense of urgency, since the prospect of an extended and prolonged conflict is worrying.

"Putting an early end to the conflict is the fundamental way to resolve the humanitarian crisis," he said.

"We call on Russia and Ukraine to adhere to the general direction of dialogue and negotiation, continuously narrow differences, and accumulate conditions for a ceasefire."

On the protection of civilians, Zhang said that every effort must be made to reduce the harm to civilians caused by the conflict.

"China once again calls on all parties to the conflict to exercise maximum restraint, strictly abide by international humanitarian law, protect civilians and civilian facilities, and facilitate evacuation and humanitarian assistance operations," said the envoy.

"The parties concerned should strengthen communication on humanitarian issues, and conduct coordination and cooperation on issues such as opening humanitarian corridors and organizing the safe evacuation of personnel," he added.

China appreciates the fact that the neighboring countries of Ukraine have provided "safe havens and humanitarian assistance," he said.

Since February 24, 5 million people have fled Ukraine and another 7 million are displaced internally, according to the UN. 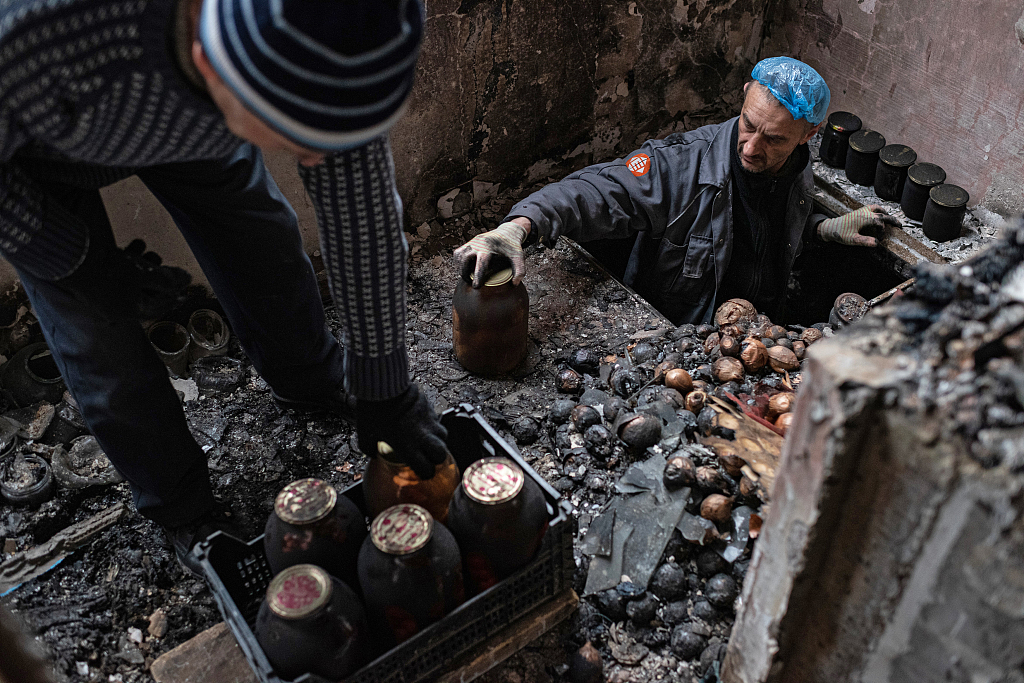 Locals take jars of food out of a makeshift storeroom in the Kyiv suburb of Makariv, Ukraine, April 19, 2022. /CFP

Locals take jars of food out of a makeshift storeroom in the Kyiv suburb of Makariv, Ukraine, April 19, 2022. /CFP

Speaking about sanctions, the Chinese envoy said, "We must pay attention to and eliminate the negative impact of sanctions."

Zhang noted that UN Secretary-General Antonio Guterres said last week that the world is "now facing a perfect storm that threatens to devastate the economies of many developing countries."

The Chinese envoy said, "A vast number of developing countries that are not parties to the conflict have paid a heavy price for it. This is neither fair nor reasonable. The international community should strengthen coordination to keep food and energy supplies and prices stable, and avoid unnecessary export restrictions."

He pointed out that "arbitrary freeze of foreign exchange reserves of other countries also constitutes a violation of sovereignty, and is tantamount to weaponizing economic interdependence."

Zhang called for an early end to such practices as they "undermine the foundation of world economic stability and bring new uncertainties and risks to international relations."