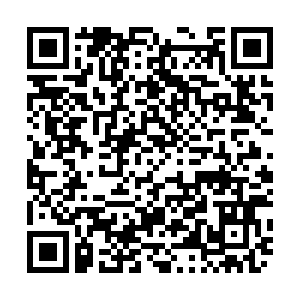 Manchester City regained top spot in the Premier League from Liverpool with a 3-0 win over Brighton on Wednesday, while Arsenal revived their push for the top four by beating Chelsea 4-2 at Stamford Bridge.

Liverpool stormed to the top of the table by tearing Manchester United to shreds in a 4-0 win at Anfield on Tuesday. But City's Riyad Mahrez, Phil Foden and Bernardo Silva all struck in the second half as Pep Guardiola's men edged one point ahead in the title race with six games to go.

Guardiola recalled a number of key players he had left out for Saturday's 3-2 FA Cup semifinal defeat by Liverpool, but it took City time to break Brighton's resolve at a tense Etihad.

After the game, Guardiola said his men will need to win all six of their remaining Premier League games to retain the title, as he cannot see Liverpool slipping up before the end of the season.

"We are facing one of the best teams ever," said the Spaniard on going head-to-head with Liverpool. "If we drop points they will be champions, if we win all our games we will be champions." 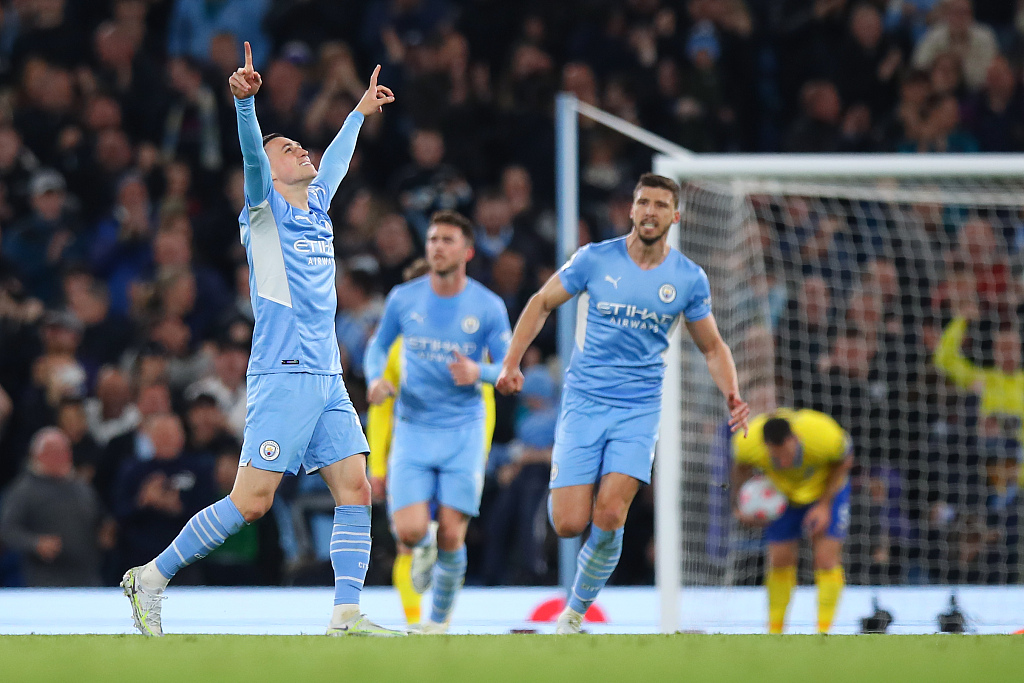 Meanwhile, Eddie Nketiah boosted Arsenal's bid for a top-four finish in the Premier League as the striker's double inspired a dramatic 4-2 win against Chelsea on Wednesday.

Nketiah was released by Chelsea as a 16-year-old in 2015 and he exacted a measure of revenge with his first league goals this season.

The 22-year-old put Arsenal ahead early on at Stamford Bridge before Timo Werner equalized.

Nketiah settled a pulsating London derby when he punished shambolic Chelsea defending in the second half and Bukayo Saka bagged the fourth with a stoppage-time penalty. 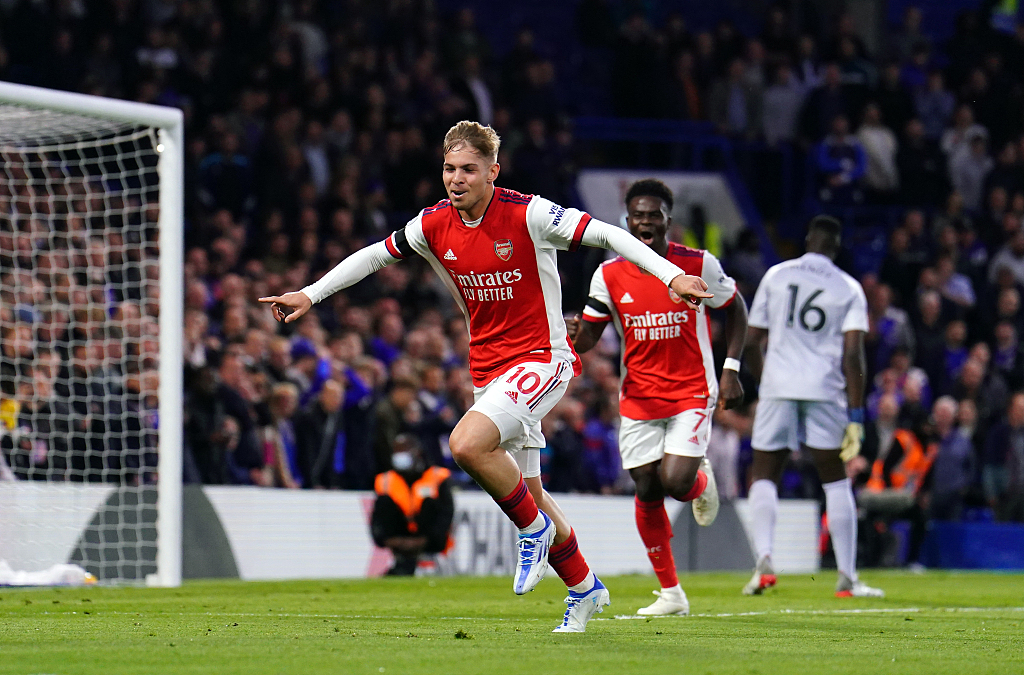 "It's a great night and the players deserve it," said Arteta. "It has been a tough two weeks but you have to bounce back and show spirit."

The Gunners are in fifth place, behind fourth-placed Tottenham on goal difference with both teams having six games to play.

Arsenal's hopes of returning to the Champions League for the first time since 2017 face another vital test against sixth-placed Manchester United on Saturday.

At the bottom of the table, Everton snatched a much-needed point in their battle to beat the drop as Richarlison's 92nd-minute strike earned a 1-1 draw against Leicester at Goodison Park.

Newcastle were also fretting about relegation at the turn of the year, but the Magpies are up to 11th after a sixth consecutive home win. Miguel Almiron scored the only goal at St. James' Park to round off a disappointing week for Crystal Palace after their FA Cup semifinal exit to Chelsea.