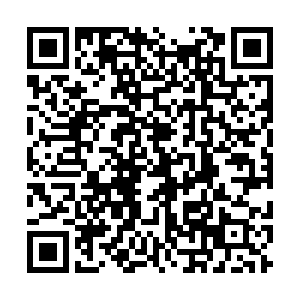 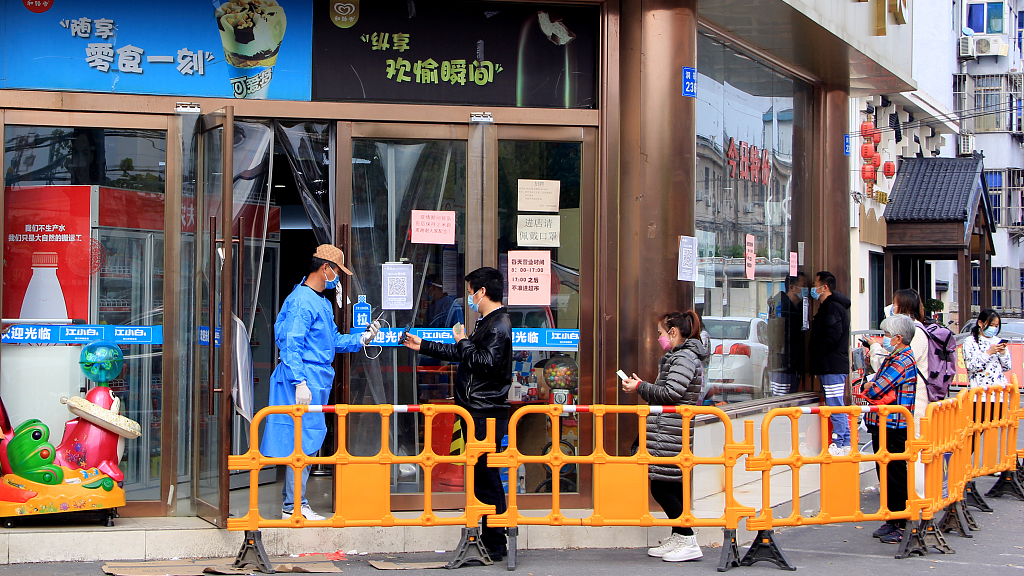 An employee is scanning a shopper's health code before he enters a supermarket in Shanghai, China, April 16, 2022. /CFP

An employee is scanning a shopper's health code before he enters a supermarket in Shanghai, China, April 16, 2022. /CFP

Major supermarkets and convenience stores in east China's Shanghai are speeding up their work resumption both online and offline, according to local media reports, despite most communities in the city still being under COVID-19 lockdown.

As of Tuesday, 775 stores of Lianhua Supermarket Holdings Co., Ltd in Shanghai have resumed operations, accounting for 65 percent of all the company's stores in the city, The Paper reported, a web-based media outlet headquartered in Shanghai.

Until this Wednesday, about 60 percent of Carrefour stores in Shanghai have restarted online business, The Paper learnt, adding that the number is expected to go up to between 80 and 90 percent this weekend.

Since an aggressive return of COVID-19 which forced the city to impose lockdowns, weeks of quarantine have left people with insufficient necessities to support themselves. Restaurants and supermarkets were being suspended and many were faced with fewer options to secure supplies.

Community group-buying is one of these options, but problems such as unreasonably high prices, short measures and poor food quality have emerged, roiling a market that is now essential to Shanghai residents.

The city has already teamed up with major supermarkets to increase the supply of food and daily necessities, as batches of deliverymen around the country have been heading to Shanghai.