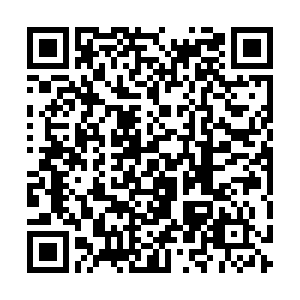 As global regional development faces strong headwinds, the Regional Comprehensive Economic Partnership (RCEP), the world's most populous free trade area, combines with Hainan Free Trade Port, the largest of its kind in the world, to bring greater institutional opening-up dividends to the Asian region, said experts at the Boao Forum for Asia 2022.

RCEP officially came into effect on January 1 this year. So far, six ASEAN nations including Brunei, Cambodia, Laos, Singapore, Thailand, and Vietnam, as well as China, Japan, the Republic of Korea, Australia, and New Zealand, have officially begun to implement the agreement, marking the sailing of the world's most populous and largest economic and free trade area.

China released a master plan in June 2020 to build the Hainan island into a globally influential and high-level free trade port by the middle of the century. One year after that, China passed a law on the Hainan Free Trade Port (FTP), making institutional arrangements for the construction of the Hainan FTP at the national legislative level.

The Hainan FTP is in a unique favorable geographic position linking China, as well as Japan and the Republic of Korea, with ASEAN.

The policies and institutional arrangements of the Hainan FTP will bring business opportunities to ASEAN, said Shen Danyang, director of the Boao Forum for Asia and executive vice governor of Hainan Province during the Forum.

First, it can promote the development of bilateral trade in goods. The reduction of tariffs will have the opportunity to further expand the scale of trade between Hainan and ASEAN countries. Second, trade in services will bring more development opportunities to ASEAN countries. Taking tourism as an example, China is now ASEAN's largest source of tourists. Robust tourism exchanges between China and ASEAN will also promote cooperation in education and labor services. Third, it is conducive to the investment cooperation between China and ASEAN countries, according to Shen.

The implementation of RCEP will promote the formation of a more open market in Asia, and inject new growth momentum into Asia's economic recovery and growth. As the world's largest free trade port, Hainan is one of China's leading areas for promoting institutional opening up. Implementing high-level opening-up policies, will play an important role in promoting Asian economic cooperation, said Cui Weijie, deputy director of the Chinese Academy of International Trade and Economic Cooperation.