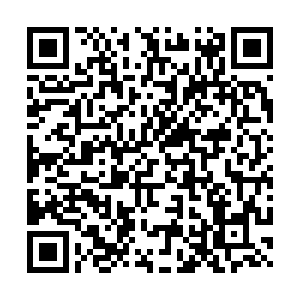 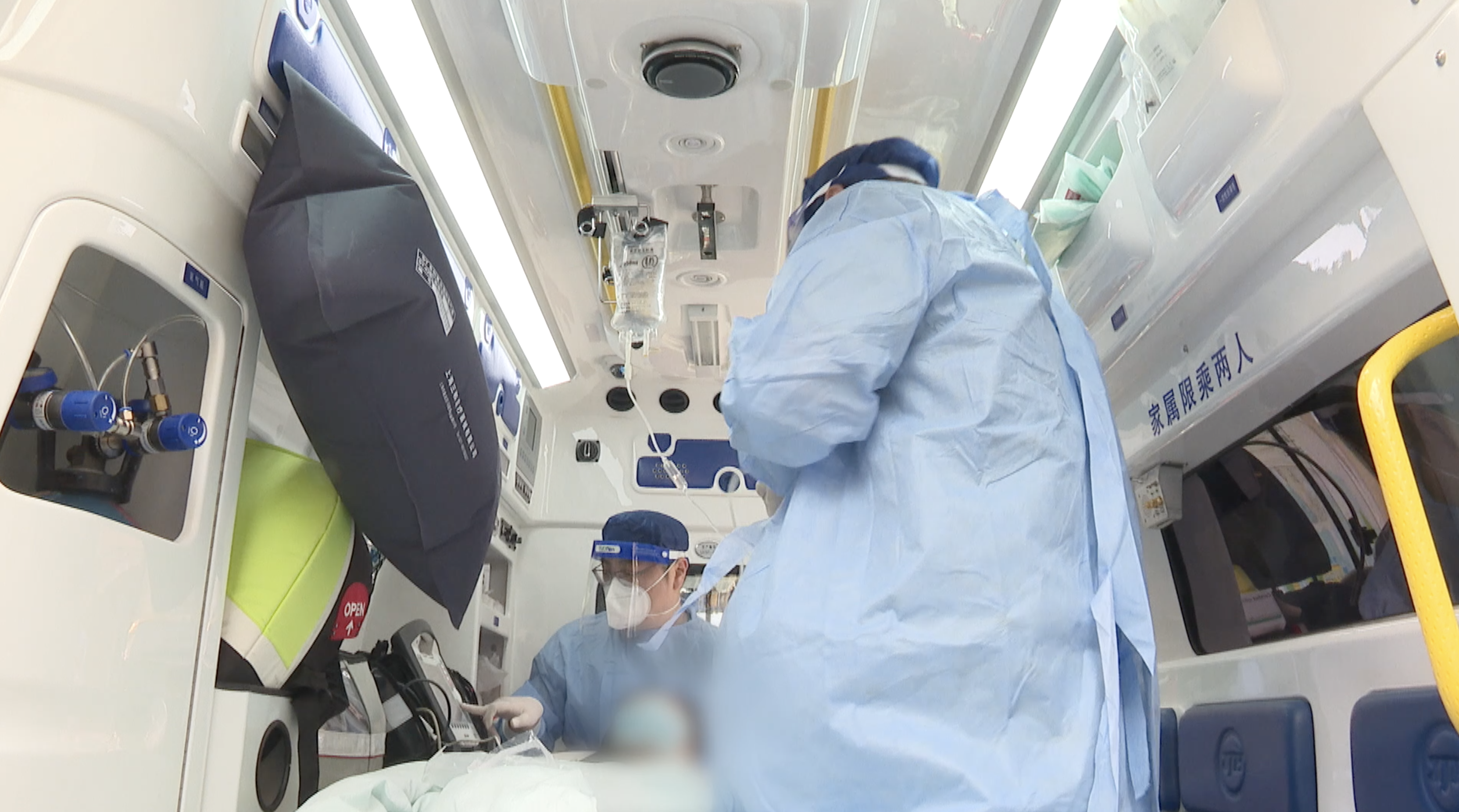 When 27-year-old Xu Haoran started work at 8 a.m., he and his colleagues immediately got an assignment to pick up patients and send them to hospitals.

Onboard an ambulance is a crew of three – a doctor, a driver and a stretcher-bearer.

As medical workers with the Shanghai Emergency Center, of late they have been working at least 12 hours days, running through the eastern Chinese metropolis for emergency patients.

"How is the patient now?" Xu would call the family on the way to the patient's home. "Have there been any positive cases in your building in the past seven days? Are you all negative?"

The doctor has to ask such questions, because he and his colleagues need to know what to wear before entering the patient's home.

"We ask about their test results not because we would reject the positive ones," Xu explained. "We need to know whether there were infections in the building and whether the patient has symptoms such as a fever, so that we can decide whether or not to wear the full set of protective equipment."

It's the third patient Xu has picked up, a 90-year-old lady. According to her family, she has had hypertension and diabetes for decades. However, this morning, her speech was slurring, and she seemed drowsy.

Xu said the patient might have cerebral infarction if such symptoms continue.

"I didn't expect that you can be here so fast. I don't mean to increase your workload during the outbreak, but my mother's condition is getting worse. I'm so worried," said the patient's daughter.

Neither the patient nor her daughter had a nucleic acid test within the last 48 hours, but the hospital said that's not a problem.

"This is a buffer zone for doctors to treat her," said Jiang Hua, a nurse with the hospital. "In the meantime, we will conduct a quick test for her, and the result will be ready within two hours. If she is negative, we will bring her to the emergency room. If she is positive, then she will be transferred to the fever clinic for treatment."

Since Shanghai was put under close-off management, there have been complaints on social media about how difficult it is to get emergency treatment for other illnesses. Some people have even died while waiting for their COVID-19 test results before they could be received by hospitals.

There are more people on the waiting list to get through to the 120 emergency hotline and wait for an ambulance.

"We are answering tens of thousands of calls every day," said Wu Degen, an official from the Shanghai Emergency Center. "The number of calls our center answered peaked on April 6 with a total of over 90,000."

Wu said from March 28 to April 18, ambulances of the center were dispatched over 1,600 times on average daily, an increase of about 43 percent over the same period last year. Also, it takes longer time for an ambulance to get disinfected if it has picked up a positive patient.

And sometimes, even when an ambulance managed to pick up a patient in time, no hospital was available.

On April 15, Shanghai health authorities said at the city's daily press conference that hospitals are not allowed to refuse or delay treatment for emergency patients, regardless of their nucleic acid test results.

Public hospitals across the city must keep the emergency department, fever clinic and other key departments open during the ongoing COVID-19 outbreak, said Wu Qianyu with the Shanghai Municipal Health Commission.

Even so, it's still not easy for emergency patients to be admitted to hospitals.

"The first patient we picked up today was finally admitted after we took him to three different hospitals," said Xiao Yuelong, one of the crew members onboard the ambulance. "The first hospital was undergoing thorough disinfection because it received a positive patient. The second one had run out of beds. Thankfully, the third could receive him."

More and more public hospitals in Shanghai have announced officially that their emergency departments won't disallow those without test results.

After all, COVID-19 is not the only threat to people's health.