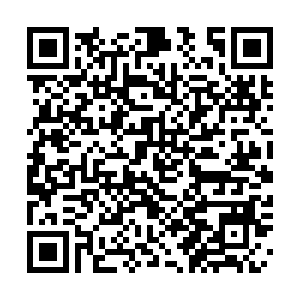 Pyongyang and Seoul on Friday both confirmed an exchange of letters between Kim Jong Un, the leader of the Democratic People's Republic of Korea (DPRK) and the outgoing Republic of Korea (ROK) President Moon Jae-in earlier in the week.

The exchange of letters came against a backdrop of strained cross-border ties since a failed DPRK-U.S. summit in 2019, and flaring tension after Pyongyang launched intercontinental ballistic missiles (ICBMs) last month.

According to KCNA, Kim told Moon that their "historic" summits gave the people "hope for the future", and the two agreed that ties would develop if both sides "make tireless efforts with hope."

"Kim Jong Un appreciated the pains and effort taken by Moon Jae-in for the great cause of the nation until the last days of his term of office," KCNA said, adding the exchange of letters was an "expression of their deep trust."

KCNA also noted Moon and Kim held the same view that inter-Korean relations would "improve and develop" if the two sides continue to strive toward that goal.

Moon's office also confirmed that he had exchanged "letters of friendship" with Kim, saying Moon has asked Kim to stay committed to inter-Korean cooperation.

In the letter, Moon called on Kim to swiftly resume talks with the U.S. and make efforts for dialogue with ROK's incoming government of President-elect Yoon Suk-yeol, presidential spokesperson Park Kyung-mee told reporters.

"Holding the hands of Chairman Kim, I took one clear step that would change the fate of the Korean Peninsula," Moon said in the letter, according to Park. "The era of confrontation should be overcome with dialogue."

Moon staked his legacy on improving inter-Korean ties and helped arrange unprecedented meetings between Kim and then-U.S. President Donald Trump in 2018 and 2019.

Moon and Kim held three summits in 2018, agreeing to completely denuclearize the Korean Peninsula, permanently achieve peace on the peninsula, stop all hostile acts near the inter-Korean border and increase exchange and cooperation.

However the inter-Korean ties have been stalled since the second summit between Kim and Trump ended without agreement in February 2019 at the Vietnamese capital of Hanoi.