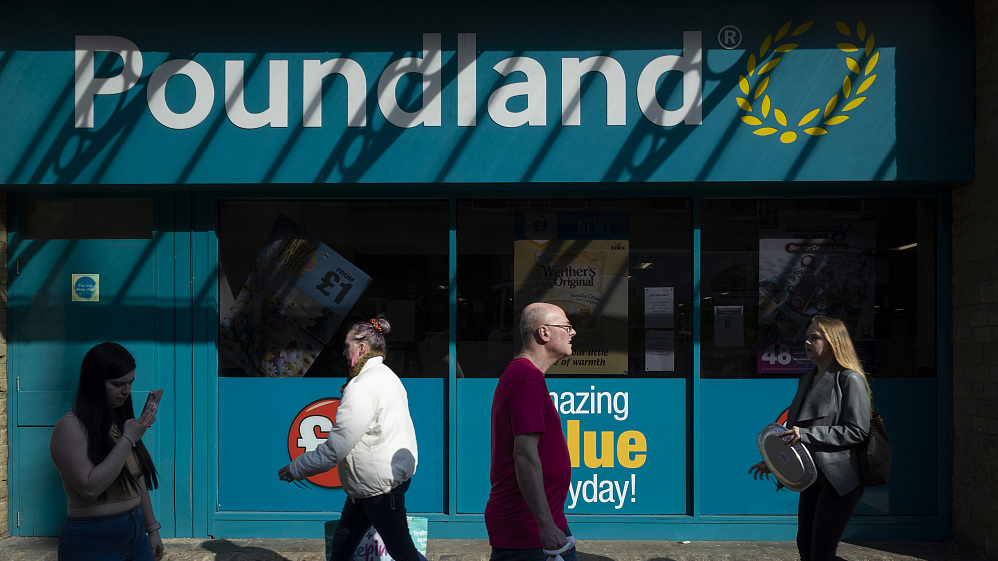 British retail sales sank in March as shoppers tightened their belts in the face of a growing cost of living, data from the Office for National Statistics (ONS) showed on Friday.

Total sales volumes dropped 1.4 percent last month after a drop of 0.5 percent in February, the ONS said in a statement, though the figure held about its pre-pandemic level.

Motor fuel sales fell "substantially" as some people curbed non-essential journeys in the face of surging prices at the petrol pumps, he added.

UK inflation spiked to 7.0 percent last month – far above the 2.0 percent target set by the Bank of England (BoE) – largely on sky-high energy prices, which were pushed up by the Russia-Ukraine conflict.

British households faced another sharp squeeze on living costs this month after the government ramped up tax on UK workers and businesses.

The BoE in March lifted its key rate to 0.75 percent – its third increase in a row and is seeking to tackle high inflation but avoid recession, Governor Andrew Bailey said Thursday.

"We are in a period of unprecedentedly large shocks," Bailey noted.

"We are walking a very tight line between inflation and the risk that we could create a recession.

"Real income shock will cause slowdown in growth."