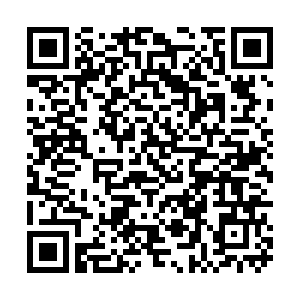 China's Ministry of Transport on Sunday called on local governments to keep the highways in normal services, forbidding them to shut roads, service areas and toll booths without authorization.

If expressway service areas need to be closed due to COVID-19, it should be reported to the provincial-level joint prevention and control management before implementation, the ministry said in a statement.

If the toll stations need to be closed due to the presence of infected cases or close contacts, the prevention and control management at or above the county-level shall report to the higher-level of management for approval before implementation, it added.

The public should be informed of the closure of service areas and toll stations on expressways in advance, the ministry said.

As of 12:00 a.m. on April 23, a total of 11 toll booths have been closed on highways across the nation, accounting for 0.1 percent of the total number of toll booths. The number of closed toll booths has decreased by 667 from that on April 10, a 98.38 percent drop.

During the same period, a total of 27 service areas were closed, accounting for 0.41 percent of the total number of service areas, with a decrease of 337 or 92.58 percent from that on April 10.

In 22 provinces, municipalities and autonomous regions across the country, including Beijing, Tianjin, Chongqing and Liaoning, there are no closed toll booths or service areas on the highways.

Ningde, southeast China's Fujian Province, has industrial clusters such as new energy vehicles, new stainless steel materials and copper materials, with nearly 70 percent of the business transported across provinces, so freight is of great importance.

However, since the latest COVID-19 outbreak in April, over 200 truck drivers from Ningde have been quarantined on the highways, according to Zhou Jian, deputy general manager of the Supply and Marketing Center of the Fujian Qingtuo Group.

"Many truck drivers at highway intersections have been persuaded to return, and many have been stuck on the highways and not allowed to get off their trucks, with nowhere to eat or rest. They are afraid of going on the road again," said Zhou.

"However, pressure has forced enterprises to find more truck drivers, as downstream partners are engaged in foreign trade, and once the delivery is delayed, it will lead to the trouble of cross-border payment of liquidated damages," Zhou added.

The unified market has been disrupted, and the market has become more and more fragmented after various localities have increased their control measures, according to Liu Zhibiao, a professor at the Yangtze Industrial Economic Think Tank at Nanjing University.

In order to ensure that key materials, such as medical materials, daily necessities, as well as agriculture, energy, raw materials and key industrial products for production, can be smoothly transported across regions, the Ministry of Transport has launched a unified pass that is applicable to entering and leaving the COVID-19 areas.

As of 11:00 a.m. on April 22, Fujian Province has issued more than 2,100 passes for key material transport vehicles, according to Chen Xiang, a staff member of the Fujian Provincial Traffic Quarantine Office.

"We also hope that the truck drivers of logistics enterprises in Fujian Province can travel more smoothly when they go out of the province, and the problems they encounter can be helped and solved by other places, so as to jointly promote smooth traffic and economic development," said Chen.