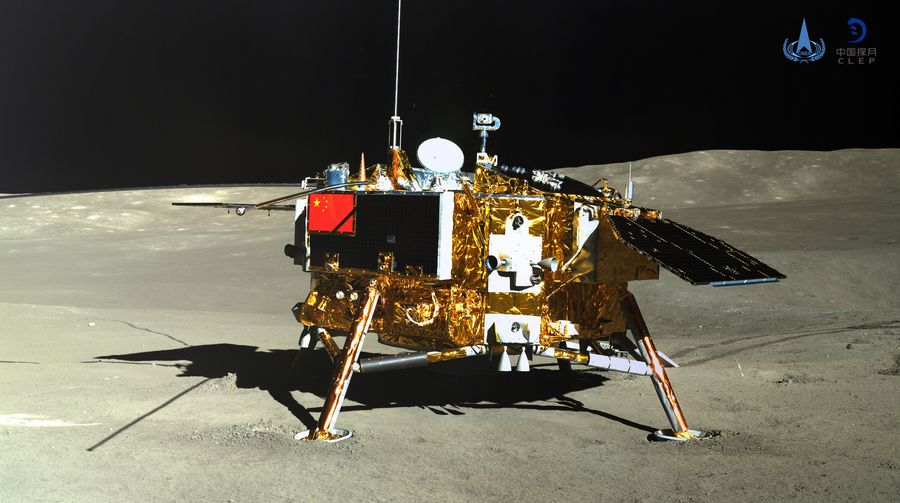 The major goal for the phase-4 lunar program is to conduct scientific exploration at the lunar south pole in order to facilitate the construction of a basic structure for a lunar research station in the region.

"It would be a science station open to all and openly run by different countries and organizations together," Wu told CGTN.

Wu also said the moon base development would be a three-step process, featuring openness and international cooperation.

"In the first step, we hope to survey and build some necessary facilities in 10 years," he said. "And in the 10 years or so after the first stage, we look to build a comparatively all-around science station, with engagement from different countries, organizations, including private-sector participation."

He said the third stage would be operation, where the station would provide good scientific conditions for global scientists.

"The CNSA has always promoted openness and international cooperation," Wu said. "China has called on all countries to work together to build a global community with a shared future in outer space."

Wu also shared the biggest findings from the Chang'e-5 mission and the country's future moon endeavors.

"One of the major findings from the Chang'e-5 mission is that the near side of the moon still had volcanic activity around 2 billion years ago," he said.

Wu said China is preparing the Chang'e-6 mission to find out more about the moon.

Since 2016, China has celebrated its space achievements every year on April 24. The space program often reveal big projects on the date.

In addition to lunar missions, China is planning to build an asteroid defense system, which can detect asteroids that may hit the Earth and try to mitigate the risk.

Wu told CMG that the CNSA plans to test the system by 2025 or 2026, trying to closely monitor a risky asteroid and change its route to avoid hitting the Earth.