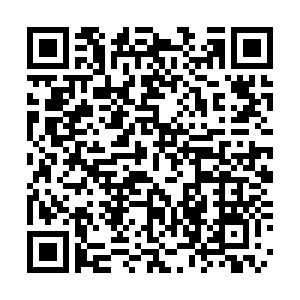 The DPP and "Taiwan independence" separatists Saturday held a so-called seminar hyping the illegal and invalid Treaty of Peace with Japan (commonly known as the San Francisco Peace Treaty), advocating the "undetermined status of Taiwan" theory, and claiming that "the two sides across the Taiwan Straits should not be subordinate to each other."

Noting the DPP attempted to blatantly challenge the widely-recognized one-China principle, Ma Xiaoguang, spokesperson for the State Council Taiwan Affairs Office, said the attempt, which was motivated by the DPP's political self-interest, amounted to calling white black and confusing right and wrong.

The move is doomed to be futile, Ma said, adding cross-strait reunification is an irresistible trend.

Ma stressed that the so-called San Francisco Peace Treaty is an illegal and invalid document signed by the U.S. and a number of other countries with Japan after World War II, with the People's Republic of China and the Soviet Union being excluded from it.

The "Peace Treaty" violates the provisions of the Declaration by United Nations (UN) signed by 26 countries, including China, the U.S., Britain and the Soviet Union in 1942, the Charter of the UN as well as the fundamental principles of international law, Ma pointed out.

He added that the treaty's regulations on the sovereignty and territory of China, which was not a signatory, were illegal and invalid.

The spokesperson noted that the Chinese government has solemnly stated from the very beginning that the San Francisco Peace Treaty is null and void, as it was prepared, drafted and signed without the participation of the People's Republic of China, and that it will never be recognized by the Chinese government.

Countries including the Soviet Union, Poland, Czechoslovakia, the Democratic People's Republic of Korea, Mongolia, and Vietnam also refused to recognize the validity of the "Peace Treaty," according to Ma.

Ma reiterated there is only one China in the world, and Taiwan is an inalienable part of China's territory, adding a series of documents of international law, including the Cairo Declaration and the Potsdam Proclamation, have clearly and unambiguously confirmed China's sovereignty over the Taiwan region.

"Although the two sides of the Taiwan Straits have not yet been completely reunified, the fact that both the mainland and Taiwan belong to one China has never changed, and China's sovereignty and territory have never been divided," said Ma.