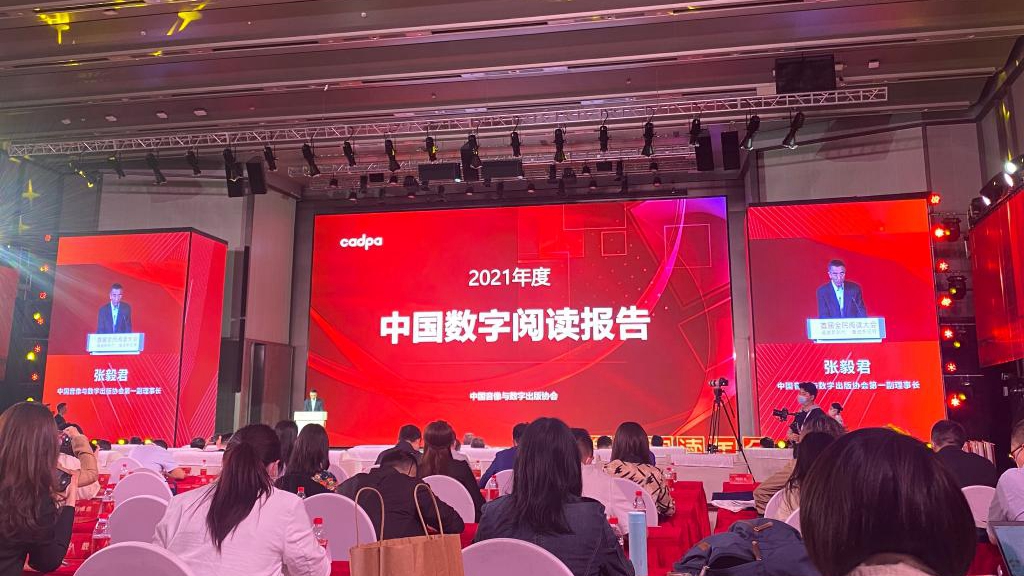 The number of digital book readers in China reached 506 million in 2021, up 2.43 percent year on year, according to an industry report released Saturday.

The overall scale of China's digital reading market reached 41.57 billion yuan (about $6.4 billion), marking a year-on-year growth of 18.23 percent, according to the China digital readership report 2021.

Over 70 percent of these readers are under the age of 25, stated the report mainly compiled by the China Audio-video and Digital Publishing Association, adding that more and more readers are willing to pay for digital content.

Over 400,000 Chinese digital books were released abroad last year, with North America, Japan, the Republic of Korea and Southeast Asia being the major destinations. Fantasy and martial arts were among the most popular themes, according to the report.

Digital reading is giving a new boost to national reading, said Cheng Wu, the CEO of China Literature, one of the biggest web novel publishers in China. At present, publications on the platform cover dozens of categories and were read by over 100 million times last year.

In 2021, "The Analects of Confucius" was the most popular reading material on China Literature's platform, with nearly 30 million readers, more than 80 percent of whom were young readers under 30 years old.