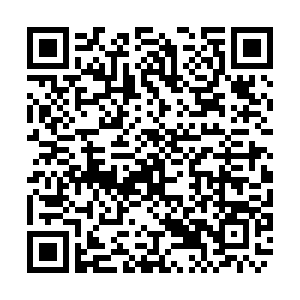 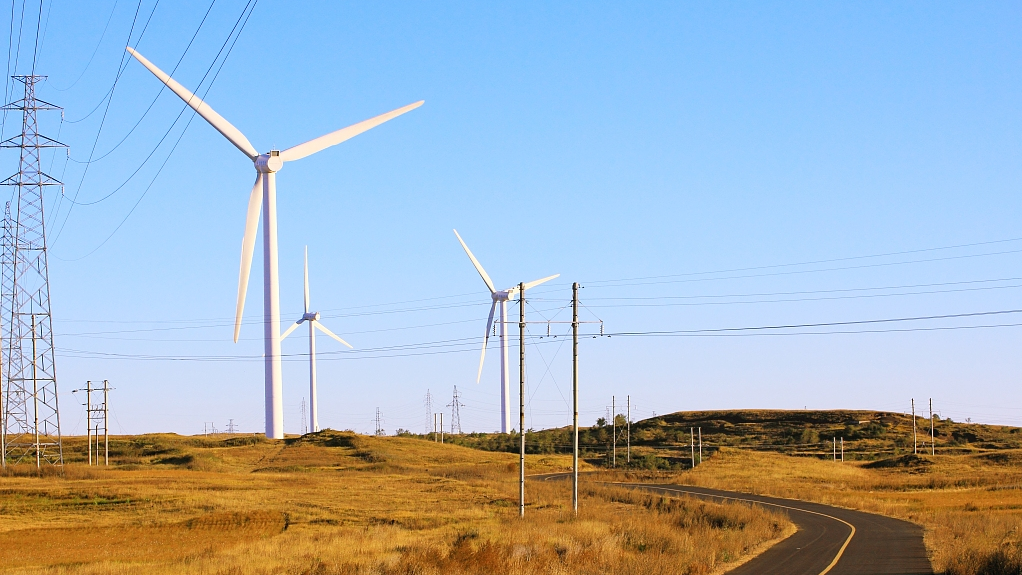 Energy safety has once again been put under the spotlight at the Boao Forum for Asia (BFA) 2022 Annual Conference held from April 20 to 22.

The BFA recommends in a new report, Sustainable Development: Asia and the World Annual Report 2022, that Asian countries, while phasing out coal-fired power plants, need to ensure energy security, especially in light of the COVID-19 pandemic and the Russia-Ukraine conflict.

In the BFA session "Promoting Energy Integration and Building a Green World," experts discussed how governments can pool resources to ensure a safe transition to low-carbon societies.

Liu Jizhen, an academic from the Chinese Academy of Engineering and a panelist of the session, explained how resource management can work on different levels. The first is "energy complementarity," which means tapping into a diversity of energy sources in order to balance the use of renewable energy with conventional power supply. The second is "supply and demand interaction," whereby demand and supply can be better coordinated though technology and market regulation.

China has pledged to peak carbon dioxide emissions by 2030 and achieve carbon neutrality by 2060. The country expects that energy safety in the carbon-reducing process can be protected through technology advancements and comprehensive designs on green governance.

The ultimate goal is to wean the economy off "dirty" energy while avoiding choking off the growth in the progress. The solution is to let the increase of renewable energy capacity outrun the withdrawal of conventional supply.

To that end, China has invested heavily in renewable energy over the years. Bloomberg statistics show that China's investment in energy transition has increased 60 percent year on year, reaching $266 billion in 2021 and placing China at the top of international rankings. 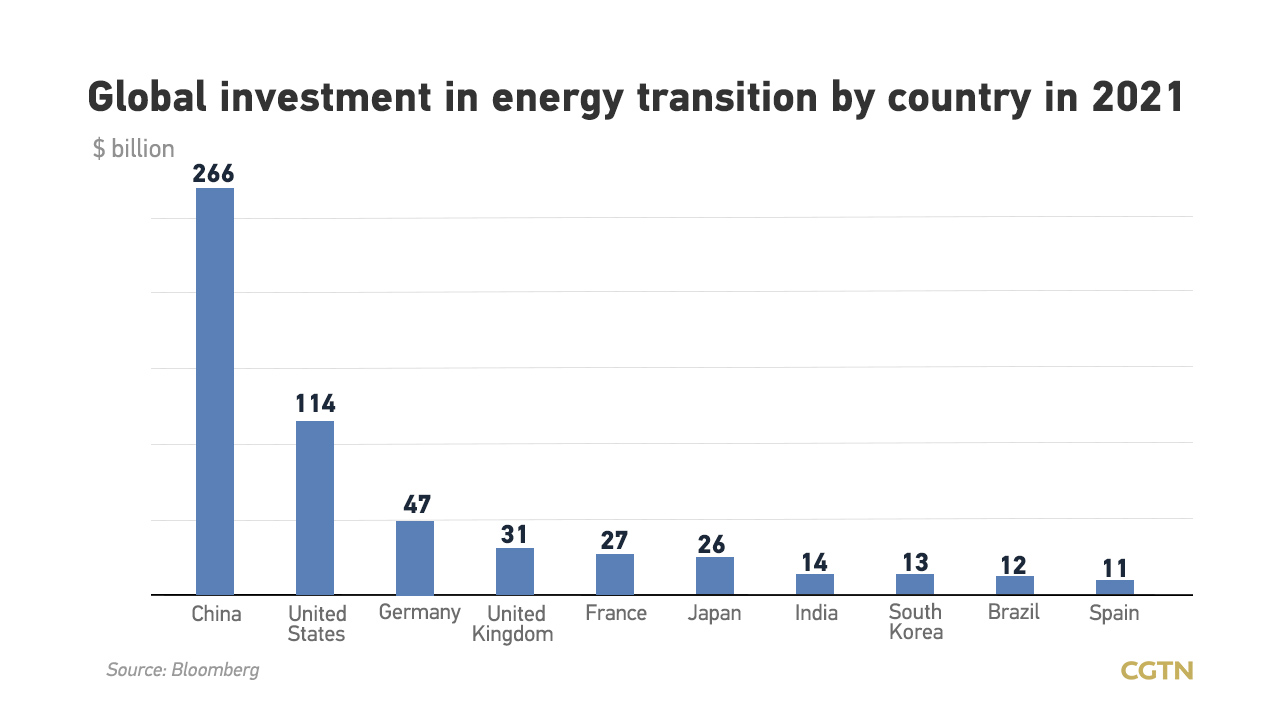 With this increased investment, China's installed renewable energy capacity exceeded the 1,000-gigawatt (GW) milestone in 2021. The country's solar power plants had generated 54.9 GWs more electricity in 2021 than the previous year, setting a world record, according to national statistics. Contribution by wind power to national energy consumption had reached 328 GWs last year, ranking first in the world for the 12th consecutive year.

Facing risks inherent in global trade integration, China has also recently issued a guideline to optimize the national market that particularly stresses the need for a "unified energy market." Where local protectionism remains an entrenched issue over inter-provincial energy distribution, the central government's effort to clean electricity usage is trailing. A unified energy market established with standardized national trading in the key areas of oil, gas, electricity and coal can help introduce green power to the regions of "old chimney" and bring down the cost of doing so.

China's National Energy Administration's 2022 energy target has outlined the need to enhance energy security in domestic production. The targets include: a steady increase in the national production of crude oil and natural gas, respectively to 200 million tonnes and 214 billion cubic meters; an increase in peak power generation capacity to more than 80 GWs; and strengthening the supplemental role of coal power at energy peak demand.

These targets will help cushion the risks from the international trade environment and maintain a steady national supply of energy.